“Agitation is a prevalent and difficult-to-treat symptom in patients with moderate-to-severe Alzheimer’s disease (AD). Though there are nonpharmacological and pharmacological interventions recommended for the treatment of agitation, the efficacy of these are modest and not always consistent. Furthermore, the safety profiles of currently prescribed medications are questionable.

Nabilone, a synthetic cannabinoid, has a distinct pharmacological profile that may provide a safer and more effective treatment for agitation, while potentially having benefits for weight and pain. Additionally, emerging evidence suggests nabilone may have neuroprotective effects.

We describe a clinical trial investigating the safety and efficacy of nabilone for the treatment of agitation in patients with moderate-to-severe AD.

A safe and efficacious pharmacological intervention for agitation, with effects on pain and weight loss in patients with moderate-to-severe AD could increase quality-of-life, reduce caregiver stress and avoid unnecessary institutionalization and related increases in health care costs.”

“Nabilone is a man-made drug similar to the natural substances found in marijuana (cannabis).” https://www.webmd.com/drugs/2/drug-144706/nabilone-oral/details

“Neuropsychiatric symptoms (NPS) in dementia impact profoundly on the quality of life of people living with dementia and their care givers. Evidence for the effectiveness and safety of current therapeutic options is varied.

Cannabinoids have been proposed as an alternative therapy, mainly due to their activity on CB1 receptors in the central nervous system. However, little is known regarding the safety and effectiveness of cannabinoid therapy in people with dementia.

A literature review was undertaken to identify, describe and critically appraise studies investigating cannabinoid use in treating NPS in dementia.

Dronabinol (three studies) and THC (one study) were associated with significant improvements in a range of neuropsychiatric scores.

The most common adverse drug event (ADE) reported was sedation. A high risk of bias was found in eight studies. The highest-quality trial found no significant improvement in symptoms or difference in ADE rate between treatment arms. Included studies used low doses of oral cannabinoids and this may have contributed to the lack of demonstrated efficacy.

While the efficacy of cannabinoids was not proven in a robust randomized control trial, observational studies showed promising results, especially for patients whose symptoms were refractory. In addition, the safety profile is favourable as most of the ADEs reported were mild. Future trials may want to consider dose escalation and formulations with improved bioavailability.”

“Nabilone may be an effective treatment for agitation.”

“Nabilone (marketed as Cesamet) is a synthetic form of delta-9-tetrahydrocannabinol (Δ⁹-THC), the primary psychoactive component of cannabis (marijuana). Although structurally distinct from THC, nabilone mimics THC’s structure and pharmacological activity through weak partial agonist activity at Cannabinoid-1 (CB1R) and Cannabinoid-2 (CB2R) receptors, however it is considered to be twice as active as Δ⁹-THC. Nabilone is approved by the FDA for the treatment of nausea and vomiting associated with cancer chemotherapy in patients who have failed to respond adequately to conventional antiemetic treatments.” https://www.drugbank.ca/drugs/DB00486

“Age-related cognitive decline has been associated with proinflammatory cytokines, yet the precise relationship between cognitive decline and cytokine load remains to be elucidated. β-caryophyllene (BCP) is a cannabinoid receptor 2 (CB2) agonist with established anti-inflammatory effects that is known to improve memory and increase lifespan. It is of interest to explore the potential of BCP to reduce age-related cognitive decline and proinflammatory cytokine load. In this study, we assessed changes in circulating cytokines across the lifespan, memory performance in young and aged mice, and the effects of BCP on memory function and cytokine load. The plasma levels of 12 cytokines were assessed in male Swiss-Webster mice at 3, 12, and 18 months of age using multiplexed flow cytometry. Working memory was compared in 3 and 12 month-old mice using spontaneous alternations. A dose-response function (100-300 mg/kg, subchronic administration) for BCP-induced memory restoration was determined in 3 and 12 month-old mice. Finally, the effects on cytokine levels of the peak memory enhancing dose of BCP was assessed in 18 month-old mice. Circulating levels of several cytokines significantly increased with age. Multilinear regression analysis showed that IL-23 levels were most strongly associated with age. Aged mice showed deficits in working memory and higher levels of IL-23, both of which were reversed by BCP treatment. BCP appears to reverse age-associated impairments in memory and modulates cytokine production. IL-23 may play a significant role in the aging process, and future research should determine whether it has utility as a biomarker for novel anti-aging therapeutics.”

“The cannabinoid receptor 2 (CB2R) has been considered as a potential therapeutic target to ameliorate the neuroinflammation and cognitive impairments of Alzheimer’s disease (AD). However, there has been little research on the diverse roles of CB2R in regulating different forms of cognitive abilities and underlying neuroinflammatory mechanisms. Thus, the focus of the present study was to investigate the effects of CB2R activation on cognitive abilities, activation and phenotype conversion of microglia, and dendrite complexity.

Results showed that CB2R activation normalized the cortex-dependent novel object recognition memory deficit in a novel object recognition test (P < 0.05) and CB2R activation was ineffective for hippocampus-dependent spatial cognitive dysfunction in the Morris water maze test (P > 0.05). Moreover, activation of CB2R did not affect the formation of plaque in either the cortex or hippocampus (P > 0.05). Interestingly, in the cortex but not in the hippocampus of APP/PS1 mice, there was decreased immunofluorescence intensity of Iba1, M1 to M2 microglial phenotype conversion, and restored dendritic complexity after a long treatment period of CB2R agonist (All P < 0.05). 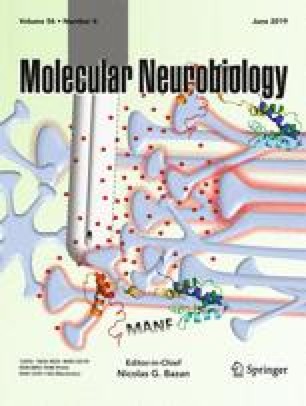 “Finding a therapy for Alzheimer’s disease (AD) is perhaps the greatest challenge for modern medicine. The chemical scaffolds of many drugs in the clinic today are based upon natural products from plants, yet Cannabis has not been extensively examined as a source of potential AD drug candidates.

Here, we determine if a number of non-psychoactive cannabinoids are neuroprotective in a novel pre-clinical AD and neurodegeneration drug-screening platform that is based upon toxicities associated with the aging brain.

This drug discovery paradigm has yielded several compounds in or approaching clinical trials for AD. Eleven cannabinoids were assayed for neuroprotection in assays that recapitulate proteotoxicity, loss of trophic support, oxidative stress, energy loss, and inflammation. These compounds were also assayed for their ability to remove intraneuronal amyloid and subjected to a structure-activity relationship analysis. Pairwise combinations were assayed for their ability to synergize to produce neuroprotective effects that were greater than additive.

Nine of the 11 cannabinoids have the ability to protect cells in four distinct phenotypic neurodegeneration screening assays, including those using neurons that lack CB1 and CB2 receptors. They are able to remove intraneuronal Aβ, reduce oxidative damage, and protect from the loss of energy or trophic support. Structure-activity relationship (SAR) data show that functional antioxidant groups such as aromatic hydroxyls are necessary but not sufficient for neuroprotection. Therefore, there is a need to focus upon CB1 agonists that have these functionalities if neuroprotection is the goal.

Pairwise combinations of THC and CBN lead to a synergistic neuroprotective interaction.

Together, these results significantly extend the published data by showing that non-psychoactive cannabinoids are potential lead drug candidates for AD and other neurodegenerative diseases.”

“Numerous aspects of mammalian physiology exhibit cyclic daily patterns known as circadian rhythms. However, studies in aged humans and animals indicate that these physiological rhythms are not consistent throughout the life span. The simultaneous development of disrupted circadian rhythms and age-related impairments suggests a shared mechanism, which may be amenable to therapeutic intervention.

Recently, the endocannabinoid system has emerged as a complex signaling network, which regulates numerous aspects of circadian physiology relevant to the neurobiology of aging.

One potential explanation for this phenomenon is that these drugs exhibit hormesis-a biphasic dose-response wherein low doses produce the opposite effects of higher doses. Therefore, it is important to determine the dose-, age-, and time-dependent effects of these substances on the regulation of circadian rhythms and other processes dysregulated in aging.

This review highlights 3 fields-biological aging, circadian rhythms, and endocannabinoid signaling-to critically assess the therapeutic potential of endocannabinoid modulation in aged individuals. If the hormetic properties of exogenous cannabinoids are confirmed, we conclude that precise administration of these compounds may bidirectionally entrain central and peripheral circadian clocks and benefit multiple aspects of aging physiology.”

“Dementia is increasing worldwide. No effective medication is currently available for the treatment of the underlying disease and accompanying behavioral symptoms. Cannabinoids might have a beneficial effect, but clinical studies with (low-dose) synthetic THC have not been conclusive.

Objective: To test the acceptability, practical aspects, and clinical outcomes of the introduction of a THC/CBD-based oral medication in severely demented patients in a specialized nursing home in Geneva.

Methods: This was a prospective observational study.

Results: Ten female demented patients with severe behavior problems received oral medication with on average 7.6 mg THC/13.2 mg CBD daily after 2 weeks, 8.8 mg THC/17.6 mg CBD after 1 month, and 9.0 mg THC/18.0 mg CBD after 2 months. The THC/CBD-based oil was preferred. Neuropsychiatric Inventory, Cohen-Mansfield Agitation Inventory score, and a behavior problem visual analog scale decreased by 40% after 2 months, rigidity score by 50%. Half of the patients decreased or stopped other psychotropic medications. The staff appreciated the decrease in rigidity, making daily care and transfers easier, the improved direct contact with the patients, the improvement in behavior, and the decrease in constipation with less opioids. There was no withholding of the medication for reasons of side effects, and the effects persisted after 2 months.

Conclusions: An oral cannabis extract with THC/CBD, in higher dosages than in other studies, was well tolerated and greatly improved behavior problems, rigidity, and daily care in severely demented patients.”

“In the past two decades, there has been an increasing interest in the therapeutic potential of cannabinoids for neurological disorders such as epilepsy, multiple sclerosis, pain, and neurodegenerative diseases. Cannabis-based treatments for pain and spasticity in patients with multiple sclerosis have been approved in some countries. Randomised controlled trials of plant-derived cannabidiol for treatment of Lennox-Gastaut syndrome and Dravet syndrome, two severe childhood-onset epilepsies, provide evidence of anti-seizure effects. Despite positive results in these two severe epilepsy syndromes, further studies are needed to determine if the anti-seizure effects of cannabidiol extend to other forms of epilepsy, to overcome pharmacokinetic challenges with oral cannabinoids, and to uncover the exact mechanisms by which cannabidiol or other exogenous and endogenous cannabinoids exert their therapeutic effects.” “This article reviews the neurocognitive advantages and drawbacks of cannabinoid substances, and discusses the possible physiological mechanisms that underlie their dual activity. The article further reviews the neurocognitive effects of ultra-low doses of ∆9-tetrahydrocannabinol (THC; 3-4 orders of magnitude lower than the conventional doses) in mice, and proposes such low doses of THC as a possible remedy for various brain injuries and for the treatment of age-related cognitive decline.”