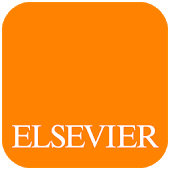 “An argument against the legalization of the cannabis market is that such a policy would increase crime. Exploiting the recent staggered legalization enacted by the states of Washington (end of 2012) and Oregon (end of 2014) we show, combining difference-in-differences and spatial regression discontinuity designs, that recreational cannabis caused a significant reduction of rapes and thefts on the Washington side of the border in 2013-2014 relative to the Oregon side and relative to the pre-legalization years 2010-2012.”