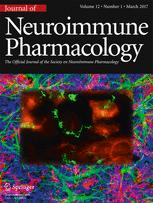 We recently reported that human peripheral blood B cells express CB2 on both the extracellular membrane and at intracellular sites, where-as monocytes and T cells only express intracellular CB2. To better understand the pattern of CB2 expression by human B cells, we examined CD20+ B cells from three tissue sources.

We hypothesized that regulation of the surface CB2 receptor may occur during B cell activation. Consistent with this, a B cell lymphoma cell line known to exhibit an activated phenotype (SUDHL-4) was found to lack cell surface CB2 but express intracellular CB2.

Furthermore, in vitro activation of human cord blood resulted in a down-regulation of surface CB2 on those B cells acquiring the activated phenotype but not on those retaining IgD expression. Using a CB2 expressing cell line (293 T/CB2-GFP), confocal microscopy confirmed the presence of both cell surface expression and multifocal intracellular expression, the latter of which co-localized with endoplasmic reticulum but not with mitochondria, lysosomes, or nucleus.

Our findings suggest a dynamic multi-compartment expression pattern for CB2 in B cells that is specifically modulated during the course of B cell activation.”