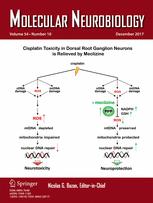 “The hippocampus is one of the most susceptible regions in the brain to be distraught with status epilepticus (SE) induced injury. SE can occur from numerous causes and is more frequent in children and the elderly population.

Administration of a combination of antiepileptic drugs can abolish acute seizures in most instances of SE but cannot prevent the morbidity typically seen in survivors of SE such as cognitive and mood impairments and spontaneous recurrent seizures. This is primarily due to the inefficiency of antiepileptic drugs to modify the evolution of SE-induced initial precipitating injury into a series of epileptogenic changes followed by a state of chronic epilepsy.

Chronic epilepsy is typified by spontaneous recurrent seizures, cognitive dysfunction, and depression, which are associated with persistent inflammation, significantly waned neurogenesis, and abnormal synaptic reorganization. Thus, alternative approaches that are efficient not only for curtailing SE-induced initial brain injury, neuroinflammation, aberrant neurogenesis, and abnormal synaptic reorganization but also for thwarting or restraining the progression of SE into a chronic epileptic state are needed.

In this review, we confer the promise of cannabidiol, an active ingredient of Cannabis sativa, for preventing or easing SE-induced neurodegeneration, neuroinflammation, cognitive and mood impairments, and the spontaneous recurrent seizures.”