Methods: In a pharmacogenomics study with a panel of transgenic glioma cells we observed that NFκB can be converted into a tumor suppressor by the non-psychotropic cannabinoid Cannabidiol (CBD). Subsequently, we investigated the anti-tumor effects of CBD, which is used as an anticonvulsive drug (Epidiolex) in pediatric neurology, in a larger set of human primary GBM stem-like cells (hGSC). For this study we performed pharmacological assays, gene expression profiling, biochemical and cell-biological experiments. We validated our findings using orthotopic in vivo models and bioinformatics analysis of human GBM-datasets.

Conclusions: This evidence demonstrates how a clinically approved drug can convert NFκB into a tumor suppressor and suggests a promising repurposing option for GBM-therapy.”

“The activity of a new, terpene-based formulation, code-named NT-VRL-1, against Human Coronavirus (HCoV) strain 229E was evaluated in human lung fibroblasts (MRC-5 cells), with and without the addition of cannabidiol (CBD). The main constituents in the terpene formulation used for the experiment were beta caryophyllene, eucalyptol, and citral. The tested formulation exhibited an antiviral effect when it was pre-incubated with the host cells prior to virus infection. The combination of NT-VRL-1 with CBD potentiated the antiviral effect better than the positive controls pyrazofurin and glycyrrhizin. There was a strong correlation between the quantitative results from a cell-viability assay and the cytopathic effect seen under the microscope after 72 h. To the best of our knowledge, this is the first report of activity of a combination of terpenes and CBD against a coronavirus.”

“Glioblastoma (GBM) is the most frequent malignant tumor of the central nervous system in humans with a median survival time of less than 15 months.

∆9-Tetrahydrocannabinol (THC) and cannabidiol (CBD) are the best-characterized components of Cannabis sativa plants with modulating effects on cannabinoid receptors 1 and 2 (CB1 and CB2) and on orphan receptors such as GPR18 or GPR55. Previous studies have demonstrated anti-tumorigenic effects of THC and CBD in several tumor entities including GBM, mostly mediated via CB1 or CB2.

In this study, we investigated the non-CB1/CB2 effects of THC on the cell cycle of GBM cells isolated from human tumor samples.

Cell cycle entry was measured after 24 h upon exposure by immunocytochemical analysis of Ki67 as proliferation marker. The Ki67-reducing effect of THC was abolished in the presence of CBD, whereas CBD alone did not cause any changes. To identify the responsible receptor for THC effects, we first characterized the cells regarding their expression of different cannabinoid receptors: CB1, CB2, GPR18, and GPR55. Secondly, the receptors were pharmacologically blocked by application of their selective antagonists AM281, AM630, O-1918, and CID16020046 (CID), respectively. All examined cells expressed the receptors, but only in presence of the GPR55 antagonist CID was the THC effect diminished. Stimulation with the GPR55 agonist lysophosphatidylinositol (LPI) revealed similar effects as obtained for THC. The LPI effects were also inhibited by CBD and CID, confirming a participation of GPR55 and suggesting its involvement in modifying the cell cycle of patient-derived GBM cells.”

“Glioblastoma (GBM) is the most frequent primary brain tumor entity with poor prognosis and resistance to current standard therapies. Cannabinoids, such as tetrahydrocannabinol (THC) and cannabidiol (CBD) are discussed as promising compounds for individualized treatment, as they exert anti-tumor effects by binding to cannabinoid-specific receptors. However, their pharmacology is highly diverse and complex. The present study was designed to verify (1) whether cannabinoids show even any effect in GBM cells derived from primary human tumor samples and (2) to identify the receptor responsible for those effects. Our findings revealed that THC reduces the number of Ki67 immunoreactive nuclei, a cell cycle marker through the orphan cannabinoid receptor GPR55. The data suggest a therapeutic potential of cannabinoids in those GBM with functional and responsive GPR55.” 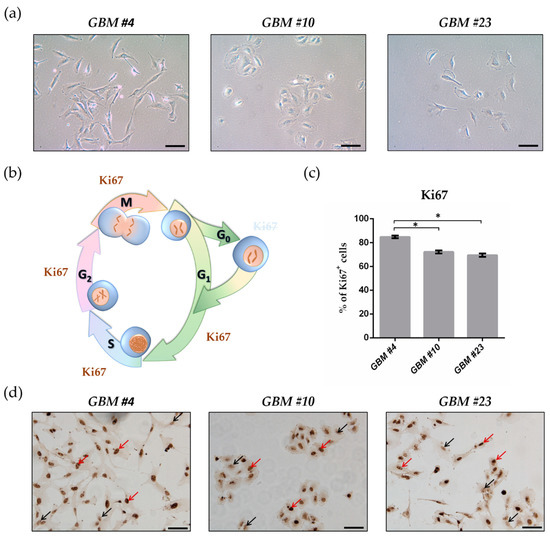 “The rapid spread of COVID-19 underscores the need for new treatments.

Here we report that cannabidiol (CBD), a compound produced by the cannabis plant, inhibits SARS-CoV-2 infection. CBD and its metabolite, 7-OH-CBD, but not congeneric cannabinoids, potently block SARS-CoV-2 replication in lung epithelial cells.

CBD acts after cellular infection, inhibiting viral gene expression and reversing many effects of SARS-CoV-2 on host gene transcription. CBD induces interferon expression and up-regulates its antiviral signaling pathway. A cohort of human patients previously taking CBD had significantly lower SARS-CoV-2 infection incidence of up to an order of magnitude relative to matched pairs or the general population.

This study highlights CBD, and its active metabolite, 7-OH-CBD, as potential preventative agents and therapeutic treatments for SARS-CoV-2 at early stages of infection.”

“Cannabidiol (CBD) has been shown to slow cancer cell growth and is toxic to human glioblastoma cell lines. Thus, CBD could be an effective therapeutic for glioblastoma.

Bioactive and microporous magnesium gallate MOF was employed for simultaneous delivery of two potential anticancer agents (gallic acid and CBD) to the cancer cells. Gallic acid (GA), a polyphenolic compound, is part of the MOF framework, while CBD is loaded within the framework. Slow degradation of CBD/Mg-GA MOF in physiological fluids leads to sustained release of GA and CBD.

CBD’s anti-cancer actions target mitochondria, inducing their dysfunction and generation of harmful reactive oxygen species (ROS). Anticancer effects of CBD/Mg-GA include a significant increase in ROS production and a reduction in anti-inflammatory responses as reflected by a significant decrease in TNF-α expression levels. Molecular mechanisms that underlie these effects include the modulation of NF-κB expression, triggering the apoptotic cascades of glioma cells. CBD/Mg-GA MOF has potential anti-cancer, anti-inflammatory and anti-oxidant properties.

Thus, the present study demonstrates that CBD/Mg-GA MOF may be a promising therapeutic for glioblastoma.”

“Endoplasmic reticulum (ER) stress is an imbalance between the ER’s protein-folding load and capacity. It can be induced by various physiological conditions, activating the unfolded protein response to re-establish homeostasis, promoting cell survival. Under severe or chronic stress, apoptosis is induced. Normal cells generally do not experience continuous ER stress induction. The stressful conditions experienced in the tumour microenvironment facilitates chronic ER stress and UPR activation, which plays a pivotal role in tumour survival.

Current literature suggests that cannabinoid treatment may induce cancer cell death via ER stress; however, little is known about the mechanisms of induction.

This study proposed that cannabidiol (CBD) mechanism that occurred through the influx of Ca2+ via the TRPV1 receptor, and increasing ROS production affects protein folding and induces ER stress. ER stress was induced, and detection and quantification were completed using Thioflavin T staining and GRP78 by western blot analysis. The effect of cannabinoid treatment on ROS production and Ca2+ influx was measured. CBD was the most potent ER stress inducer, significantly increasing Ca2+ and ROS accumulation. Concomitant treatment with CBD and an antioxidant significantly increased cell viability and decreased ER stress induction in the MCF7 cell line. Concomitant treatment with a TRPV1 antagonist increased viability in this cell line. “Glioma is the most common primary malignant brain tumor with poor survival and limited therapeutic options. The non-psychoactive phytocannabinoid cannabidiol (CBD) has been shown to be effective against glioma; however, the molecular target and mechanism of action of CBD in glioma are poorly understood.

Here we investigated the molecular mechanisms underlying the antitumor effect of CBD in preclinical models of human glioma.

Altogether, these findings showed for the first time that the antitumor effect of CBD in glioma is caused by lethal mitophagy and identified TRPV4 as a molecular target and potential biomarker of CBD in glioma. Given the low toxicity and high tolerability of CBD, we therefore propose CBD should be tested clinically for glioma, both alone and in combination with temozolomide.”

Results: The most common treatment-emergent adverse events (TEAEs; both parts) were vomiting, dizziness, fatigue, nausea and headache. Most patients experienced TEAEs that were grade 2 or 3 (CTCAE). In Part 2, 33% of both nabiximols- and placebo-treated patients were progression-free at 6 months. Survival at 1 year was 83% for nabiximols- and 44% for placebo-treated patients (p = 0.042), although two patients died within the first 40 days of enrolment in the placebo arm. There were no apparent effects of nabiximols on TMZ PK.

“Glioblastoma is the most aggressive cancer among primary brain tumours. As with other cancers, the incidence of glioblastoma is increasing; despite modern therapies, the overall mean survival of patients post-diagnosis averages around 16 months, a figure that has not changed in many years. Cannabigerol (CBG) has only recently been reported to prevent the progression of certain carcinomas and has not yet been studied in glioblastoma. Here, we have compared the cytotoxic, apoptotic, and anti-invasive effects of the purified natural cannabinoid CBG together with CBD and THC on established differentiated glioblastoma tumour cells and glioblastoma stem cells. CBG and THC reduced the viability of both types of cells to a similar extent, whereas combining CBD with CBG was more efficient than with THC. CBD and CBG, both alone and in combination, induced caspase-dependent cell apoptosis, and there was no additive THC effect. Of note, CBG inhibited glioblastoma invasion in a similar manner to CBD and the chemotherapeutic temozolomide. We have demonstrated that THC has little added value in combined-cannabinoid glioblastoma treatment, suggesting that this psychotropic cannabinoid should be replaced with CBG in future clinical studies of glioblastoma therapy.”

“Among primary brain tumours, glioblastoma is the most aggressive. As early relapses are unavoidable despite standard-of-care treatment, the cannabinoids delta-9-tetrahydrocannabinol (THC) and cannabidiol (CBD) alone or in combination have been suggested as a combined treatment strategy for glioblastomas. However, the known psychoactive effects of THC hamper its medical applications in these patients with potential cognitive impairment due to the progression of the disease. Therefore, nontoxic cannabigerol (CBG), being recently shown to exhibit anti-tumour properties in some carcinomas, is assayed here for the first time in glioblastoma with the aim to replace THC. We indeed found CBG to effectively impair the relevant hallmarks of glioblastoma progression, with comparable killing effects to THC and in addition inhibiting the invasion of glioblastoma cells. Moreover, CBG can destroy therapy-resistant glioblastoma stem cells, which are the root of cancer development and extremely resistant to various other treatments of this lethal cancer. CBG should present a new yet unexplored adjuvant treatment strategy of glioblastoma.”

“Cannabis sativa contains more than 500 constituents, yet the anticancer properties of the vast majority of cannabis compounds remains unknown. We aimed to identify cannabis compounds and their combinations presenting cytotoxicity against bladder urothelial carcinoma (UC), the most common urinary system cancer.