“Background: Fibromyalgia is a complex pain-focused syndrome. Previous studies showed that Cannabis is efficacious in promoting sleep, deepening and lengthening the sleep cycle, and good pain relief (compared to SSRIs and SNRIs).

Purpose: This study aimed to use the World Health Organization Quality of Life Bref questionnaire (WhoQoL-bref) to characterize the impact of Cannabis Treatment initiation on the quality of life in women suffering from treatment-resistant fibromyalgia.

Conclusion: Results suggest a potentially significant role of Cannabis in treatment-resistant Fibromyalgia women. Early Cannabis treatment may result in a beneficial short-term effect on the quality of life through its influence on pain, sleep, physical and psychological domains. Further studies are still indicated to understand this potential and its long-term beneficial impact.”

“Fibromyalgia (FM) is an idiopathic disorder characterized by generalized pain and associated symptoms such as depression and anxiety.

Cannabis sativa shows different pharmacological activities, such as analgesic, anti-inflammatory, neuroprotective, and immunomodulatory. Associated with this, the use of an oil with low concentrations of THC can reduce the psychomimetic adverse effects of the plant. Therefore, the present study aimed to evaluate the analgesic effect of broad-spectrum cannabis oil with low THC concentration in an experimental model of FM.

In summary, broad-spectrum cannabis oil is an effective alternative to reverse the reserpine-induced fibromyalgia model.”

“The Endocannabinoid System (ECS) is primarily responsible for maintaining homeostasis, a balance in internal environment (temperature, mood, and immune system) and energy input and output in living, biological systems.

The ECS is also involved in several pathophysiological diseases such as cancer, cardiovascular diseases, and neurodegenerative diseases. In recent years, genetic and pharmacological manipulation of the ECS has gained significant interest in medicine, research, and drug discovery and development.

The distribution of the components of the ECS system throughout the body, and the physiological/pathophysiological role of the ECS-signalling pathways in many diseases, all offer promising opportunities for the development of novel cannabinergic, cannabimimetic, and cannabinoid-based therapeutic drugs that genetically or pharmacologically modulate the ECS via inhibition of metabolic pathways and/or agonism or antagonism of the receptors of the ECS. This modulation results in the differential expression/activity of the components of the ECS that may be beneficial in the treatment of a number of diseases.

This manuscript in-depth review will investigate the potential of the ECS in the treatment of various diseases, and to put forth the suggestion that many of these secondary metabolites of Cannabis sativa L. (hereafter referred to as “C. sativa L.” or “medical cannabis”), may also have potential as lead compounds in the development of cannabinoid-based pharmaceuticals for a variety of diseases.”

“Cannabis sativa L. as a Natural Drug Meeting the Criteria of a Multitarget Approach to Treatment”

“Objective: To determine the benefit of a tetrahydrocannabinol (THC)-rich cannabis oil on symptoms and quality of life of fibromyalgia patients.

Conclusions: Phytocannabinoids can be a low-cost and well-tolerated therapy to reduce symptoms and increase the quality of life of patients with fibromyalgia. Future studies are still needed to assess long-term benefits, and studies with different varieties of cannabinoids associated with a washout period must be done to enhance our knowledge of cannabis action in this health condition.”

“To our knowledge, this is the first randomized controlled trial to demonstrate the benefit of cannabis oil—a THC-rich whole plant extract—on symptoms and on quality of life of people with fibromyalgia. We conclude that phytocannabinoids can be a low-cost and well-tolerated therapy for symptom relief and quality of life improvement in these patients, and we suggest that this therapy could be included as an herbal medicine option for the treatment of this condition”

“Fibromyalgia is a complex disease process that is as prevalent as it is poorly understood. Research into the pathophysiology is ongoing, and findings will likely assist in identifying new therapeutic options to augment those in existence today that are still insufficient for the care of a large population of patients.

Recent evidence describes the use of cannabinoids in the treatment of fibromyalgia.

This study provides a systematic, thorough review of the evidence alongside a review of the seminal data regarding the pathophysiology, diagnosis, and current treatment options.

Fibromyalgia is characterized by widespread chronic pain, fatigue, and depressive episodes without an organic diagnosis, which may be prevalent in up to 10% of the population and carries a significant cost in healthcare utilization, morbidity, a reduced quality of life, and productivity. It is frequently associated with psychiatric comorbidities. The diagnosis is clinical and usually prolonged, and diagnostic criteria continue to evolve. Some therapies have been previously described, including neuropathic medications, milnacipran, and antidepressants. Despite some level of efficacy, only physical exercise has strong evidence to support it.

Cannabis has been used historically to treat different pain conditions since ancient times.

Recent advances allowed for the isolation of the active substances in cannabis and the production of cannabinoid products that are nearly devoid of psychoactive influence and provide pain relief and alleviation of other symptoms. Many of these, as well as cannabis itself, are approved for use in chronic pain conditions.

Evidence supporting cannabis in chronic pain conditions is plentiful; however, in fibromyalgia, they are mostly limited. Only a handful of randomized trials exists, and their objectivity has been questioned. However, many retrospective trials and patient surveys suggest the significant alleviation of pain, improvement in sleep, and abatement of associated symptoms.

Cannabis use is not without risks, including psychiatric, cognitive, and developmental as well as the risks of addiction. As such, clinical judgment is warranted to weigh these risks and prescribe to patients who are more likely to benefit from this treatment. Further research is required to define appropriate patient selection and treatment regimens.” 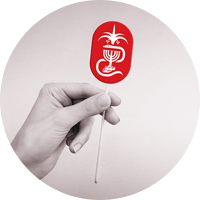 In this study we evaluated the characteristics of MC use among patients with fibromyalgia.

MC is an effective treatment for fibromyalgia, with nearly zero % withdrawal from this treatment.

“To assess any clinical improvement attributable to the addition of medical cannabis treatment (MCT) to the stable (>3 months) standard analgesic treatment of fibromyalgia (FM) patients, the retention rate and any changes in the concomitant analgesic treatment over a period of six months.

The 6-month retention rate was 64%. A significant improvement in the PSQI and FIQR was observed in respectively 44% and 33% of patients. 50% showed a moderate improvement in the anxiety and depression scales. Multiple regression analysis showed a correlation between the body mass index (BMI) and FIQR improvement (p=0.017). Concomitant analgesic treatment was reduced or suspended in 47% of the patients. One-third experienced mild adverse events, which did not cause any significant treatment modifications.

This observational study shows that adjunctive MCT offers a possible clinical advantage in FM patients, especially in those with sleep dysfunctions. The clinical improvement inversely correlated with BMI. The retention rate and changes in concomitant analgesic therapy reflect MCT efficacy of the improved quality of life of patients. Further studies are needed to confirm these data, identify MCT-responsive sub-groups of FM patients, and establish the most appropriate posology and duration of the therapy.”

Cannabis and cannabinoids are currently being studied due to their potential as analgesics. In this review we will discuss current literature regarding cannabinoids and cannabis as treatment for rheumatic diseases.

Fibromyalgia is a prevalent rheumatic disease that causes diffuse pain, fatigue, and sleep disturbances. Treatment of this syndrome is symptomatic, and it has been suggested that cannabis and cannabinoids could potentially alleviate some of the symptoms associated with fibromyalgia. In this review we cite some of the evidence that supports this claim. However, data on long-term efficacy and safety of cannabinoid and cannabis use are still lacking.

Cannabinoids and cannabis are commonly investigated as analgesic agents, but in recent years more evidence has accumulated on their potential immune-modulatory effect, supported by results in animal models of certain rheumatic diseases. While results that demonstrate the same effect in humans are still lacking, cannabinoids and cannabis remain potential drugs to alleviate the pain associated with rheumatic diseases, as they were shown to be safe and to cause limited adverse effects.”

Conclusion: Medical cannabis appears to be a safe and effective alternative for the treatment of fibromyalgia symptoms. Standardization of treatment compounds and regimens are required.”

“Medical cannabis appears to be a safe and effective alternative for the treatment of fibromyalgia symptoms.”  https://www.ncbi.nlm.nih.gov/pubmed/31195754