“Cannabis sativa L. turned out to be a valuable source of chemical compounds of various structures, showing pharmacological activity. The most important groups of compounds include phytocannabinoids and terpenes.

The synergism of action of phytochemicals present in Cannabis sp. raw material is also expressed in their increased bioavailability and penetration through the blood-brain barrier. This review provides an overview of phytochemistry and pharmacology of compounds present in Cannabis extracts in the context of the current knowledge about their synergistic actions and the implications of clinical use in the treatment of selected diseases.”

Δ9 -Tetrahydrocannabinol (THC), the most prominent active constituent of the hemp plant Cannabis sativa, confers neuroprotection in animal models of demyelination. However, the possible effect of THC on myelin repair has never been studied.

Experimental approach: By using oligodendroglia-specific reporter mouse lines in combination with two models of toxin-induced demyelination, we analysed the effect of THC on the processes of oligodendrocyte regeneration and functional remyelination.

“Our study provides a novel therapeutic advantage of THC-based interventions in multiple sclerosis by promoting remyelination and functional recovery. New clinical trials with improved designs on cannabinoids in people with multiple sclerosis are needed now, considering these compounds as potential remyelinating/disease-modifying drugs to try to overcome previous failures. Our work also suggests that at least part of the neuroprotective action of phytocannabinoids in multiple sclerosis animal models and potentially in patients as well may be due to an enhanced CNS remyelination. Finally, this study also identifies THC as a potent inductor of oligodendrocyte progenitor cell differentiation under demyelination in mice, opening the possibility for this molecule to become a candidate drug to promote oligodendrocyte regeneration and remyelination in the treatment of demyelinating disorders.”

“In humans, various sites like cannabinoid receptors (CBR) having a binding affinity with cannabinoids are distributed on the surface of different cell types, where endocannabinoids (ECs) and derivatives of fatty acid can bind. The binding of these substance(s) triggers the activation of specific receptors required for various physiological functions, including pain sensation, memory, and appetite.

The ECs and CBR perform multiple functions via the cannabinoid receptor 1 (CB1); cannabinoid receptor 2 (CB2), having a key effect in restraining neurotransmitters and the arrangement of cytokines. The role of cannabinoids in the immune system is illustrated because of their immunosuppressive characteristics. These characteristics include inhibition of leucocyte proliferation, T cells apoptosis, and induction of macrophages along with reduced pro-inflammatory cytokines secretion.

The review seeks to discuss the functional relationship between the endocannabinoid system (ECS) and anti-tumor characteristics of cannabinoids in various cancers.

The therapeutic potential of cannabinoids for cancer-both in vivo and in vitro clinical trials-has also been highlighted and reported to be effective in mice models in arthritis for the inflammation reduction, neuropathic pain, positive effect in multiple sclerosis and type-1 diabetes mellitus, and found beneficial for treating in various cancers.

In human models, such studies are limited; thereby, further research is indispensable in this field to get a conclusive outcome. Therefore, in autoimmune disorders, therapeutic cannabinoids can serve as promising immunosuppressive and anti-fibrotic agents.”

“As the major nonpsychotropic constituent of Cannabis sativa, cannabidiol (CBD) is regarded as one of the most promising therapeutic agents due to its proven effectiveness in clinical trials for many human diseases. Due to the urgent need for more efficient pharmacological treatments for several chronic diseases, in this review, we discuss the potential beneficial effects of CBD for Alzheimer’s disease, epilepsy, multiple sclerosis, and neurological cancers. Due to its wide range of pharmacological activities (e.g., antioxidant, anti-inflammatory, and neuroprotective properties), CBD is considered a multimodal drug for the treatment of a range of neurodegenerative disorders, and various cancer types, including neoplasms of the neural system. The different mechanisms of action of CBD are here disclosed, together with recent progress in the use of this cannabis-derived constituent as a new therapeutic approach.” 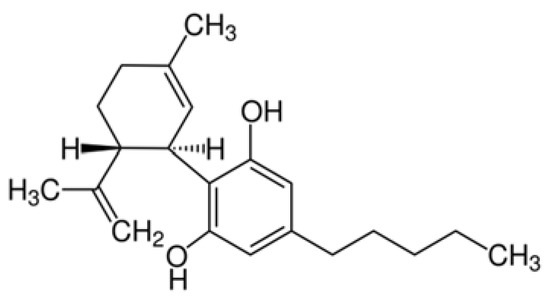 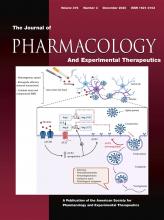 “Medical cannabis and individual cannabinoids, such as tetrahydrocannabinol (THC) and cannabidiol (CBD), are receiving growing attention in both the media and the scientific literature. The Cannabis plant, however, produces over 100 different cannabinoids, and cannabigerol (CBG) serves as the precursor molecule for the most abundant phytocannabinoids.

CBG exhibits affinity and activity characteristics between THC and CBD at the cannabinoid receptors, but appears to be unique in its interactions with alpha-2 adrenoceptors and 5-HT1A Studies indicate that CBG may have therapeutic potential in treating neurological disorders (e.g., Huntington’s Disease, Parkinson’s Disease, and multiple sclerosis), inflammatory bowel disease, as well as having antibacterial activity.

There is growing interest in the commercial use of this unregulated phytocannabinoid. This review focuses on the unique pharmacology of CBG, our current knowledge of its possible therapeutic utility, and its potential toxicological hazards.

Significance Statement Cannabigerol (CBG) is currently being marketed as a dietary supplement and, as with cannabidiol (CBD) before, many claims are being made about its benefits. Unlike CBD, however, little research has been performed on this unregulated molecule, and much of what is known warrants further investigation to identify potential areas of therapeutic uses and hazards.”

Along with oxidative stress and neuroinflammation, disruption in protein homeostasis (proteostasis), a network that constitutes protein surveillance system, plays a pivotal role in the pathobiology of these dementia disorders.

Cannabidiol, a non-psychotropic phytocannabinoid of Cannabis sativa, is known for its pleiotropic neuropharmacological effects on the central nervous system, including the ability to abate oxidative stress, neuroinflammation, and protein misfolding. Over the past years, compelling evidence has documented disease-modifying role of cannabidiol in various preclinical and clinical models of neurological disorders, suggesting the potential therapeutic implications of cannabidiol in these disorders.

Because of its putative role in the proteostasis network in particular, cannabidiol could be a potent modulator for reversing not only age-associated neurodegeneration but also other protein misfolding disorders. However, the current understanding is insufficient to underpin this proposition. In this review, we discuss the potentiality of cannabidiol as a pharmacological modulator of the proteostasis network, highlighting its neuroprotective and aggregates clearing roles in the neurodegenerative disorders.

We anticipate that the current effort will advance our knowledge on the implication of CBD in proteostasis network, opening up a new therapeutic window for ageing proteinopathies.”

“Cannabidiol (CBD) is a non-psychoactive phytocannabinoid known for its beneficial effects including antioxidant and anti-inflammatory properties. Moreover, CBD is a compound with antidepressant, anxiolytic, anticonvulsant and antipsychotic effects. Thanks to all these properties, the interest of the scientific community for it has grown.

Indeed, CBD is a great candidate for the management of neurological diseases. The purpose of our review is to summarize the in vitro and in vivo studies published in the last 15 years that describe the biochemical and molecular mechanisms underlying the effects of CBD and its therapeutic application in neurological diseases.

In conclusion, CBD, through multi-target mechanisms, represents a valid therapeutic tool for the management of epilepsy, Alzheimer’s disease, multiple sclerosis and Parkinson’s disease.”

“Many people with MS (pwMS) use unregulated cannabis or cannabis products to treat the symptoms associated with the disease. In line with this, Sativex, a synthetic combination of cannabidiol (CBD) and Δ9-tetrahydrocannabinol (Δ9-THC) has been approved to treat symptoms of spasticity.

In animals, CBD is effective in reducing the amounts of T-cell infiltrates in the spinal cord, suggesting CBD has anti-inflammatory properties. By doing this, CBD has shown to delay symptom onset in animal models of multiple sclerosis and slow disease progression. Importantly, combinations of CBD and Δ9-THC appear more effective in treating animal models of multiple sclerosis.

While CBD reduces the amounts of cell infiltrates in the spinal cord, Δ9-THC reduces scores of spasticity. In human studies, the results are less encouraging and conflict with the findings in animals. Drugs which deliver a combination of Δ9-THC and CBD in a 1:1 ratio appear to be only moderately effective in reducing spasticity scores, but appear to be almost as effective as current front-line treatments and cause less severe side effects than other treatments, such as baclofen (a GABA-B receptor agonist) and tizanidine (an α2 adrenergic receptor agonist).

The findings of the studies reviewed suggest that cannabinoids may help treat neuropathic pain in pwMS as an add-on therapy to already established pain treatments.

Long term double-blind placebo studies are greatly needed to further our understanding of the role of cannabinoids in multiple sclerosis treatment.”

Cannabinoid receptors are also physiologically engaged by endogenous cannabinoid compounds, the so-called endocannabinoids. Specifically, the endocannabinoid 2-arachidonoylglycerol has been highlighted as an important modulator of oligodendrocyte (OL) development at embryonic stages and in animal models of demyelination. However, the potential impact of THC exposure on OL lineage progression during the critical periods of postnatal myelination has never been explored.

Here, we show that acute THC administration at early postnatal ages in mice enhanced OL development and CNS myelination in the subcortical white matter by promoting oligodendrocyte precursor cell cycle exit and differentiation. Mechanistically, THC-induced-myelination was mediated by CB1 and CB2 cannabinoid receptors, as demonstrated by the blockade of THC actions by selective receptor antagonists. Moreover, the THC-mediated modulation of oligodendroglial differentiation relied on the activation of the mammalian target of rapamycin complex 1 (mTORC1) signaling pathway, as mTORC1 pharmacological inhibition prevented the THC effects.

Our study identifies THC as an effective pharmacological strategy to enhance oligodendrogenesis and CNS myelination in vivo.”

“In summary, our findings identify THC as a novel pharmacological candidate to enhance OL development and CNS myelination in vivo.”

To investigate the action of cannabinoids on spasticity and pain in secondary progressive multiple sclerosis, by means of neurophysiological indexes.

We assessed 15 patients with progressive MS (11 females) using clinical scales for spasticity and pain, as well as neurophysiological variables (H/M ratio, cutaneous silent period or CSP). Testing occurred before (T0) and during (T1) a standard treatment with an oral spray containing delta‐9‐tetrahydrocannabinol (THC) and cannabidiol (CBD). Neurophysiological measures at T0 were compared with those of 14 healthy controls of similar age and sex (HC). We then compared the patient results at the two time points (T1 vs T0).

At T0, neurophysiological variables did not differ significantly between patients and controls. At T1, spasticity and pain scores improved, as detected by the Modified Ashworth Scale or MAS (P = .001), 9‐Hole Peg Test or 9HPT (P = .018), numeric rating scale for spasticity or NRS (P = .001), and visual analogue scale for pain or VAS (P = .005). At the same time, the CSP was significantly prolonged (P = .001).

The THC‐CBD spray improved spasticity and pain in secondary progressive MS patients. The spray prolonged CSP duration, which appears a promising tool for assessing and monitoring the analgesic effects of THC‐CBD in MS.”