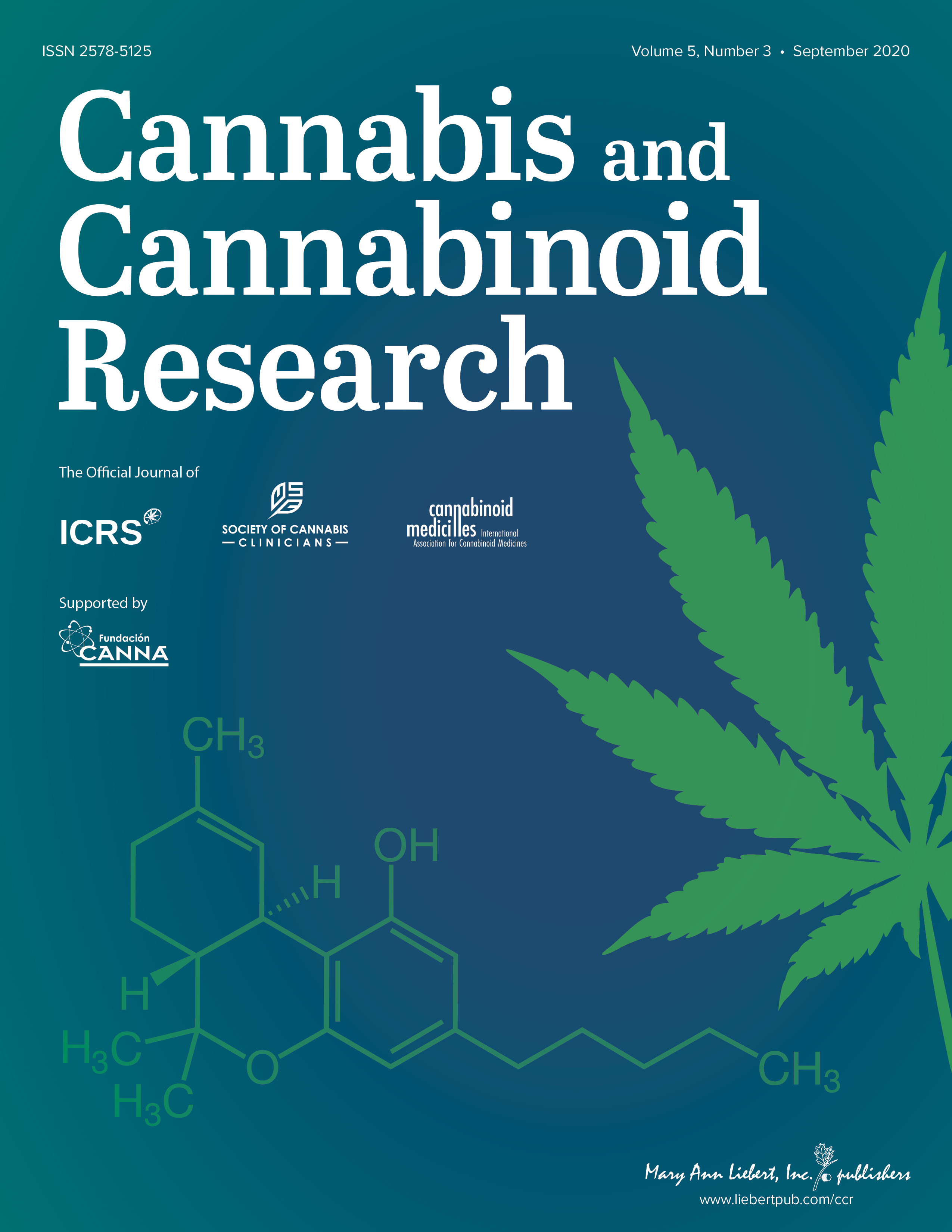 “Previous studies have shown that cannabis use is common in adults with sickle cell disease (SCD), and that many patients report using cannabis to treat pain.

Methods: We performed a cross-sectional study of adults with SCD and compared daily users of cannabis with others using validated patient-reported measures of pain and quality of life as well as opioid and health care utilization.

Results: Daily cannabis users with SCD had worse pain episode severity scores than others (56.7 vs. 48.8, p=0.02) yet had 1.8 fewer annual admissions (p=0.01) and 1.2 fewer annual emergency room (ER) visits (p=0.01), and similar amounts of opioids dispensed to others after matching for age, gender, SCD genotype, hydroxyurea use, and pain impact scores.

Conclusions: We show that people with SCD with more severe pain crisis are more likely to use daily cannabis, yet have lower rates of hospital admission and ER use as compared with others with similar disease severity and pain impact. Randomized controlled trials should be performed.”

“We posit that people with SCD with severe pain are more likely to use daily cannabis due to its analgesic properties. This would explain why daily users reported more severe pain crises yet had fewer admissions and ER visits after propensity matching was performed.” 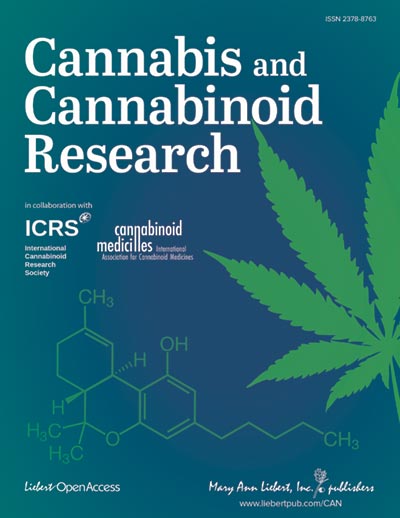 “Introduction: Legal access to marijuana, most frequently as “medical marijuana,” is becoming more common in the United States, but most states do not specify sickle cell disease as a qualifying condition. We were aware that some of our patients living with sickle cell disease used illicit marijuana, and we sought more information about this.

“Pain is a hallmark feature of sickle cell disease (SCD). Subjects typically quantify pain by themselves, which can be biased by other factors leading to overtreatment or under-treatment. Reliable and accurate quantification of pain, in real time, might enable to provide appropriate levels of analgesic treatment.

The mouse grimace scale (MGS), a standardized behavioral coding system with high accuracy and reliability has been used to quantify varied types of pain. We hypothesized that addition of the objective parameters of body length and back curvature will strengthen the reproducibility of MGS.

We examined MGS scores and body length and back curvature of transgenic BERK sickle and control mice following cold treatment or following treatment with analgesic cannabinoid CP55,940. We observed that sickle mice demonstrated decreased length and increased back curvature in response to cold. These observations correlate with changes in facial expression for the MGS score.

CP55,940 treatment of sickle mice showed an increase in body length and a decrease in back curvature concordant with MGS scores indicative of an analgesic effect. Thus, body parameters combined with facial expressions may provide a quantifiable unbiased method for objective measure of pain in SCD.”

“Sickle cell anaemia is a manifestation of a single point mutation in haemoglobin, but inflammation and pain are the insignia of this disease which can start in infancy and continue throughout life.

Morphine is the common analgesic treatment but also remains a major challenge due to the side effects and ability to activate mast cells. Therefore, we examined the cannabinoid receptor-specific mechanisms to ameliorate mast cell activation, neurogenic inflammation and hyperalgesia, using HbSS-BERK sickle and cannabinoid receptor 2 deleted sickle mice.

This study provides a “proof of principle” for the potential of cannabinoid/cannabinoid receptor-based therapeutics to treat several manifestations of sickle cell anaemia.”

“Researchers have discovered that cannibinoids offer a novel approach to ease the chronic and acute pain caused by sickle cell disease.

“This paper provides proof that we can use other classifications of drugs to treat pain in patients with sickle cell disease,” Gupta said.

“Cannibinoids offer great promise in the treatment of chronic and acute pain, and they’re effective in much lower amounts than opioids — the only currently approved treatment for this disease.”

“Pain-related behaviors and neurochemical alterations in mice expressing sickle hemoglobin: modulation by cannabinoids… Our observations in these mice suggest that both systemically administered and locally applied cannabinoids may be beneficial in treating pain in SCD.” http://www.ncbi.nlm.nih.gov/pmc/articles/PMC2913454/

Our primary objective is to assess whether inhaling vaporized cannabis ameliorates chronic pain in patients with sickle cell disease (SCD). As these patients will all be on chronic opioid analgesics, the investigators will also assess the possible synergistic affect between inhaled cannabis and opioids.

The investigators will also assess the clinical safety of the concomitant use of cannabinoids and these opioids in patients with SCD by monitoring the short-term side effects associated with combined therapy.

Finally, the investigators will evaluate the short-term effects of inhaled cannabis on markers of inflammation and disease progression in patients with SCD.

Hypotheses are as follows:

Subjects will complete a 5-day pain diary prior to admission to the Clinical Research Center (CRC) to establish a baseline of pain. They will then be assigned to inhale either vaporized cannabis of mixed THC/CBD content (4.7% THC/5.1% CBD) or placebo cannabis (0% THC/0% CBD). Participants and personnel will be blinded as to assignment. Pain will be evaluated during the 5-day inpatient exposure. Participants will be asked to participate in two such 5-day sessions separated by at least a 2-week washout so that each will be exposed to the two experimental conditions.
Detailed Description:

This is a proof-of-principle investigation of the safety and potential effectiveness of inhaled vaporized cannabis when added to a stable analgesic regimen in sickle cell disease (SCD) patients with chronic pain. The study will be comprised of two 5-day intervention periods in the inpatient setting (the Clinical Research Center at SFGH), with completion of a 5-day daily pain diary prior to admission to establish an outpatient baseline. Participants will be randomly assigned, in double-blind fashion, to treatment with (A) vaporized cannabis with an approximately 1:1 ration of delta-9-tetrahydrocannabinol:cannabidiol or (B) vaporized placebo. Those who receive treatment A during the first admission will receive treatment B in the second, and those who receive treatment B during the first admission will receive treatment A in the second. The two admissions will be spaced at least 14 days apart.

On Day 1 of each admission, subjects will provide blood samples for baseline markers of inflammation and SCD disease progression. They will undergo assessments of pain, mood, and quality of life. At 12 pm on Day 1, they will inhale vaporized study agent (equivalent to 1 cannabis/placebo cigarette) using the Volcano® vaporizer; on Days 2-4 they will inhale study agent at 8 am, 2 pm, and 8 pm, and they will inhale their final dose on Day 5 at 8 am. Subjects will continue their pre-study analgesic regimen while in the study. If additional analgesia is required, supplemental therapy will be administered and the dose recorded. Pain measurements by visual analogue scale will be obtained every 2 hours while subjects are awake. On Day 5 a second set of blood samples for inflammation markers and disease progression will be obtained, and subjects will again complete pain, mood, and quality of life assessments.” 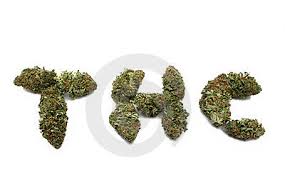 Currently the only treatment for the blood disease is opiods.

“Pain in SCD is described to be more intense than labor pain. The pain starts early in a patient’s life, often during infancy, and increases in severity with age.

[Cannibinoids are] effective in much lower amounts than opioids — the only currently approved treatment for this disease.” “Sickle cell disease (SCD) is a hereditary condition caused by a mutation in the haemoglobin gene, which leads to symptoms of anaemia, extreme pain, and organ damage if unmanaged.” “Individuals suffering from SCD are far more likely to use cannabis than the general population, potentially for its analgesic properties.

In 2010, researchers at the University of Minnesota found that the synthetic THC analogue CP 55,940 was as effective as morphine sulphate in treating SCD-related severe pain in transgenic mice expressing human sickle haemoglobin, and that it was effective at smaller doses than the opioid.

In 2011, a further paper submitted by the same researchers to Blood (the Journal of the American Association of Hematology) indicated that CP 55,940 ameliorated severe pain associated with the hypoxia/reoxygenation cycle. CP 55,940 is a full agonist of both CB receptors, and is thought to act as an antagonist at the GPR55 receptor.

As well as this, cannabis has been repeatedly shown to act as a vasodilator, which could in itself assist in easing the blockages caused by build-up of sickle cells…

SCD is a painful and debilitating disease, and the overall inefficacy of opioid treatments and resultant poor quality of life for many sufferers is an indication that our approach to it is far from perfect.

If cannabis is a good candidate to replace opioids, it should be implemented forthwith to prevent ongoing suffering for existing patients.”

“People who suffer from sickle cell disease have to deal with a lot of pain.

Doctors usually prescribe opiate based pain killers like morphine for sickle cell disease. Opiate prescriptions have a lot of side effects including respiratory issues, damage to organs, and addiction to name a few. Compare that to medical marijuana, which has far less harmful side effects, especially if consumed in food or vapor form. Patients should have the option to choose medical marijuana if they want to. From Minnesota Daily:

School of Dentistry professor and pain expert Donald Simone, who is also working on the research project, said opiates sometimes have “problematic” side effects, such as respiratory depression. And Gupta said patients sometimes receive incorrect dosages of the drugs because their exact amount of pain is unknown.

Medical marijuana is promising for sickle cell patients because it has a pain-relieving effect without as many severe side effects as morphine, Simone said.

Right now researchers in California are teaming up with researchers at the University of Minnesota to find out how medical marijuana can help those suffering from sickle cell disease. Right now, sickle cell patients can get safe access to medical marijuana if they are in California. However, patients in Minnesota will have to wait until the condition is added to the list of approvable conditions in Minnesota, which could take awhile.”