“The life expectancy for pancreatic cancer patients has seen no substantial changes in the last 40 years as very few and mostly just palliative treatments are available. As the five years survival rate remains around 5%, the identification of novel pharmacological targets and development of new therapeutic strategies are urgently needed.

Here we demonstrate that inhibition of the G protein-coupled receptor GPR55, using genetic and pharmacological approaches, reduces pancreatic cancer cell growth in vitro and in vivo and we propose that this may represent a novel strategy to inhibit pancreatic ductal adenocarcinoma (PDAC) progression.

Specifically, we show that genetic ablation of Gpr55 in the KRASWT/G12D/TP53WT/R172H/Pdx1-Cre+/+ (KPC) mouse model of PDAC significantly prolonged survival.

Importantly, KPC mice treated with a combination of the GPR55 antagonist Cannabidiol (CBD) and gemcitabine (GEM, one of the most used drugs to treat PDAC), survived nearly three times longer compared to mice treated with vehicle or GEM alone.

Combination of CBD and GEM inhibited tumour cell proliferation in KPC mice and it opposed mechanisms involved in development of resistance to GEM in vitro and in vivo. Finally, we demonstrate that the tumour suppressor p53 regulates GPR55 protein expression through modulation of the microRNA miR34b-3p.

Our results demonstrate the important role played by GPR55 downstream of p53 in PDAC progression. Moreover our data indicate that combination of CBD and GEM, both currently approved for medical use, might be tested in clinical trials as a novel promising treatment to improve PDAC patients’ outcome.”

“Anandamide is a lipid mediator that acts as an endogenous ligand of CB1 receptors. These receptors are also the primary molecular target responsible for the pharmacological effects of Δ9-tetrahydrocannabinol, the psychoactive ingredient in Cannabis sativa.

Several studies demonstrate that anandamide exerts an overall modulatory effect on the brain reward circuitry. Several reports suggest its involvement in the addiction-producing actions of other abused drugs, and it can also act as a behavioral reinforcer in animal models of drug abuse.

Importantly, all these effects of anandamide appear to be potentiated by pharmacological inhibition of its metabolic degradation. Enhanced brain levels of anandamide after treatment with inhibitors of fatty acid amide hydrolase, the main enzyme responsible for its degradation, seem to affect the rewarding and reinforcing actions of many drugs of abuse.

In this review, we will provide an overview from a preclinical perspective of the current state of knowledge regarding the behavioral pharmacology of anandamide, with a particular emphasis on its motivational/reinforcing properties. We will also discuss how modulation of anandamide levels through inhibition of enzymatic metabolic pathways could provide a basis for developing new pharmaco-therapeutic tools for the treatment of substance use disorders.”

“Rett syndrome (RTT) is a rare neurodevelopmental disorder, characterized by severe behavioural and physiological symptoms. RTT is caused by mutations in the MECP2 gene in about 95% of cases and to date no cure is available.

The endocannabinoid system modulates several physiological processes and behavioural responses that are impaired in RTT and its deregulation has been associated with neuropsychiatric disorders which have symptoms in common with RTT.

The present study evaluated the potential therapeutic efficacy for RTT of cannabidivarin (CBDV), a non-psychotropic phytocannabinoid from Cannabis sativa that presents antagonistic properties on the G protein-coupled receptor 55 (GPR55), the most recently identified cannabinoid receptor.

Present results demonstrate that systemic treatment with CBDV (2, 20, 100 mg/Kg ip for 14 days) rescues behavioural and brain alterations in MeCP2-308 male mice, a validated RTT model. The CBDV treatment restored the compromised general health status, the sociability and the brain weight in RTT mice. A partial restoration of motor coordination was also observed. Moreover, increased levels of GPR55 were found in RTT mouse hippocampus, suggesting this G protein-coupled receptor as new potential target for the treatment of this disorder.

Present findings highlight for the first time for RTT the translational relevance of CBDV, an innovative therapeutic agent that is under active investigation in the clinical setting.” 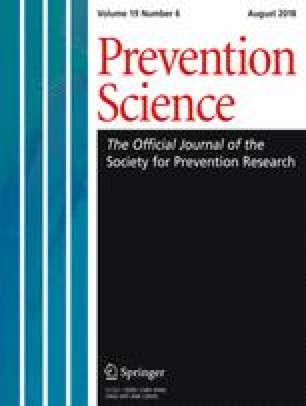 “Due to the recentness of changes to marijuana policies in a number of states, the effect on adolescent use and perceptions is not yet well understood. This study examines change in adolescent marijuana use and related perceptions in Colorado, before and after the implementation of legal commercial sale of recreational marijuana for adults starting on January 1, 2014.

The data are from a repeated cross-sectional survey of a representative sample of Colorado high school students, with separately drawn samples surveyed in fall 2013 (prior to implementation) and fall 2015 (18 months after implementation). We examined change in the prevalence of adolescent marijuana use, measured by lifetime use, past 30-day use, frequent use, and use on school property. To consider the possibility of heterogeneity in the change in marijuana use, we examined change in past 30-day marijuana use by demographic characteristics (sex, grade, race/ethnicity), school characteristics (poverty, percent minority), urbanicity of the school district, and whether the city or county permitted retail marijuana stores.

We did not find a significant effect associated with the introduction of legal sales of recreational marijuana to adults in Colorado on adolescent (illegal) use, but ongoing monitoring is warranted, including consideration of heterogeneity in the effects of marijuana policies.” “To shed more light on the influence of chronic cannabis use on liver function, we performed a post-hoc analysis of routine lab data of 42 inpatient treatment-seeking (9 female, median: 27 years old) pure cannabis dependents. Serum liver function tests (LFT: transaminases, bilirubin), C-reactive protein (CRP), carbohydrate-deficient transferrin (CDT), and body mass index (BMI) were considered. The LFT were correlated with CDT, BMI, and cannabis-related clinical data (CR); i.e., the serum levels of delta-9-tetrahydrocannabinol (THC) and its major metabolites 11-hydroxy-delta-9-tetrahydrocannabinol (THC-OH) and 11-nor-delta-9-tetrahydrocannabinol-9-carboxylic acid (THC-COOH), plus the cannabis-history data. The LFT was normal in 32 (76.2%) patients. There was no significant association of LFT with BMI, CRP, CDT, and CR. No significant differences were found between the group with elevated LFT (N = 10) and the group without elevated LFT (N = 32) regarding BMI, CRP, CDT, and CR, except for THC-OH, which was even lower in the elevated-LFT group. These results argue against a relevant harmful impact of chronic cannabis inhalation on the liver function of relatively healthy humans (apart from nicotine dependence). Specifically, the liver function tests were not significantly influenced by THC and THC-COOH levels, both objective markers for the amount and duration of prior cannabis use.”

“The purpose of this study was to investigate same-day alcohol or marijuana use and dating abuse (DA) perpetration in a sample of 60 noncollege-attending young adults. Participants reported daily data for 3 months. DA perpetration was more likely on days when participants also reported alcohol use (odds ratio [OR] = 2.17, 95% confidence interval [CI] = [1.38, 3.42]), but analyses of the temporal order indicated that alcohol use was not a proximal predictor of DA. Same day marijuana use was not associated with elevated risk of DA perpetration (OR = 1.40, 95% CI = [0.89, 2.21]). Results suggest the alcohol-DA relationship may vary by sample and context.”

“Marijuana is a substance with a long and controversial history.

At different times in its history, which goes back over 5,000 years, this plant has been used for different purposes, ranging from recreational and leisure to its use in the treatment of several diseases or to offer relief in processes that entail a certain type of malaise, and including its consideration as a means of relaxation and meditation.

Although it was supposed that the roots of marijuana lay in Central America, it is now known that this is but an urban legend with little credibility and that its origins can be found recorded in Chinese medical references dating back to the year 2737 BC.

Although this plant was not originally from Central America, it has aroused interest around the world, and above all in Mexico. It is in this country where the use of cannabis has gone from applications in textiles and medicine to its free sale, the bans on its use due to political and social pressures, its tolerance and, recently, its decriminalisation for recreational and medicinal use.

Unfortunately there are few references on the history of this plant in Mexico, and thus we have considered it interesting to present some data about the generalities of marijuana, a brief history in the world, the development of decriminalisation in North America, its medicinal uses and its course through Mexico to the present day.”