In this review, we focus on two compromised brain regions in BPD – the hypothalamus and the corticolimbic system, emphasizing the involvement and potential contribution of the endocannabinoid system (ECS) to improvement in symptoms and coping.

The hypothalamus-regulated endocrine axes (hypothalamic pituitary – gonadal, thyroid & adrenal) have been found to be dysregulated in BPD. There is also substantial evidence for limbic system structural and functional changes in BPD, especially in amygdala and hippocampus, including cortical regions within the corticolimbic system.

Extensive expression of CB1 and CB2 receptors of the ECS has been found in limbic regions and the hypothalamus. This opens new windows of opportunity for treatment with cannabinoids such as cannabidiol (CBD) as no other pharmacological treatment has shown long-lasting improvement in the BPD population to date.

This review aims to show the potential role of the ECS in BPD patients through their most affected brain regions, the hypothalamus and the corticolimbic system. The literature reviewed does not allow for general indications of treatment with CBD in BPD. However, there is enough knowledge to indicate a treatment ratio of high level of CBD to low level of THC.

A randomized controlled trial investigating the efficacy of cannabinoid based treatments in BPD is warranted.”

“This review is to summarize most recent evidence published in the last 18 months on medical and recreational use of cannabis and cannabinoids in relation to anxiety, depression (unipolar and bipolar), and dysregulation of emotions as part of posttraumatic stress disorders (PTSD) and emotionally instable personality disorders.

It also covers the investigation of endocannabinoids as potential biomarkers in these conditions. This is important with increasing medicinal use of cannabinoids and growing social tolerance towards recreational cannabis use.

There is some recent evidence suggesting cannabinoids, cannabidiol or cannabidiol-enriched cannabis preparations have anxiolytic properties. In addition, depression may be worsened by cannabis use, however, randomized controlled trials (RCT) are lacking.

New evidence also suggests that cannabidiol or cannabidiol-enriched cannabis use for PTSD and emotion regulation can induce hyporesponse to fear and stress. Further, several lines of evidence point to the endocannabinoid system as a key player in some of the reviewed disorders, in particular anxiety and PTSD.

The most recent evidence for a therapeutic use of cannabinoids in the reviewed conditions is weak and lacking well designed RCTs. However, there is some indication of the role of the endocannabinoid system in these conditions that warrant further studies.”

Standardized essential oils (such as that of Lavender officinalis) have been shown to exert clinical efficacy in treating anxiety disorders. As endocannabinoids are suggested to play an important role in major depression, generalized anxiety and bipolar disorders, Cannabis sativa, was suggested for their treatment.

The endocannabinoid system is widely distributed throughout the body including the brain, modulating many functions. It is involved in mood and related disorders, and its activity may be modiﬁed by exogenous cannabinoids.

CB1 and CB2 receptors primarily serve as the binding sites for endocannabinoids as well as for phytocannabinoids, produced by cannabis inflorescences. However, ‘cannabis’ is not a single compound product but is known for its complicated molecular profile, producing a plethora of phytocannabinoids alongside a vast array of terpenes.

Possible underlying mechanisms for the anti-depressant and anxiolytic effects are reviewed. These natural products may be an important potential source for new medications for the treatment of mood and anxiety disorders.”

“Quetiapine is a common atypical antipsychotic used to treat mental disorders such as schizophrenia, bipolar disorder, and major depressive disorder. There has been increasing number of reports describing its cardiotoxicity. However, the molecular mechanisms underlying quetiapine-induced myocardial injury remain largely unknown.

Quetiapine-treated hearts showed inflammatory infiltration and evident fibrosis after 21-day continuous injection. The specific increases of protein levels of RIP3, MLKL and the phosphorylation of MLKL showed that quetiapine-induced necroptotic cell death both in vivo and in vitro. Pharmacologic blockade of necroptosis using its specific inhibitor Necrostatin-1 attenuated quetiapine-induced myocardial injury in mice.

“Bipolar disorder (BD) is a debilitating, lifelong neuropsychiatric illness characterised by unsteady mood states which vacillate from (hypo)mania to depression. Despite the availability of pharmaceutical agents which can be effective in ameliorating the acute affective symptoms and prevent episodic relapse, BD is inadequately treated in a subset of patients.

The endocannabinoid system (ECS) is known to exert neuromodulatory effects on other neurotransmitter systems critical in governing emotions. Several studies ranging from clinical to molecular, as well as anecdotal evidence, have placed a spotlight on the potential role of the ECS in the pathophysiology of BD. In this perspective, we present advantages and disadvantages of cannabis use in the management of illness course of BD and provide mechanistic insights into how this system might contribute to the pathophysiology of BD.

We highlight the putative role of selective cannabinoid receptor 2 (CB2) agonists in BD and briefly discuss findings which provide a rationale for targeting the ECS to assuage the symptoms of BD. Further, data encourage basic and clinical studies to determine how cannabis and cannabinoids (CBs) can affect mood and to investigate emerging CB-based options as probable treatment approaches.

The probable role of the ECS has been almost neglected in BD; however, from data available which suggest a role of ECS in mood control, it is justified to support conducting comprehensive studies to determine whether ECS manipulation could positively affect BD. Based on the limited available data, we suggest that activation of CB2 may stabilise mood in this disorder.”

“We aimed at clarifying the strength and consistency of the association between cannabis use disorder and suicide attempts in bipolar disorder.

We could not perform a meta-analysis exploring the longitudinal association between cannabis use disorder and suicide attempts, due to the lack of suitable data.

The current evidence highlights a weak association between cannabis use disorder and suicidal attempts in bipolar disorder.

Due to the cross-sectional design of included studies, causal inferences could not be explored.” 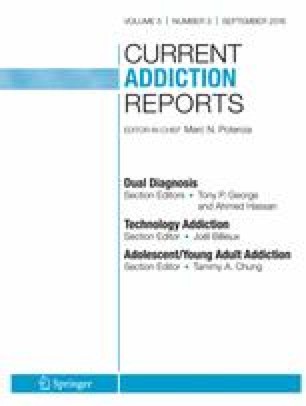 “The present review will provide an overview of the neurobiology, epidemiology, clinical impact, and treatment of cannabis use disorder (CUD) in mood disorders.

Patients with mood disorders including major depressive disorder (MDD) and bipolar disorder (BD) have higher rates of cannabis use, and CUD compared to the general population. Reasons for this association are not clear, nor are the putative therapeutic effects of cannabis use, or its components delta-9-tetrahydrocannabinol (THC) and cannabidiol (CBD), in these illnesses.

Cannabis use may be associated mood disorders, but more research is needed to increase our understanding of the mechanisms for this association, and to develop more effective treatments for this comorbidity.”

“The current study aimed to determine the impact of marijuana on mood in bipolar patients and to examine whether marijuana confers an additional negative impact on cognitive function.

Findings suggest that for some bipolar patients, marijuana may result in partial alleviation of clinical symptoms. Moreover, this improvement is not at the expense of additional cognitive impairment.

The current study highlights preliminary evidence that patients with BPD who regularly smoked MJ reported at least short-term clinical symptom alleviation following MJ use, indicating potential mood-stabilizing properties of MJ in at least a subset of patients with BPD.”

“Among the many cannabinoids in the cannabis plant, cannabidiol (CBD) is a compound that does not produce the typical subjective effects of marijuana.

The aim of the present review is to describe the main advances in the development of the experimental and clinical use of cannabidiol CBD in neuropsychiatry.

CBD was shown to have anxiolytic, antipsychotic and neuroprotective properties. In addition, basic and clinical investigations on the effects of CBD have been carried out in the context of many other health conditions, including its potential use in epilepsy, substance abuse and dependence, schizophrenia, social phobia, post-traumatic stress, depression, bipolar disorder, sleep disorders, and Parkinson.

CBD is an useful and promising molecule that may help patients with a number of clinical conditions. Controlled clinical trials with different neuropsychiatric populations that are currently under investigation should bring important answers in the near future and support the translation of research findings to clinical settings.”

“The chronic use of drugs that reduce the dopaminergic neurotransmission can cause a hyperkinetic movement disorder called tardive dyskinesia (TD). The pathophysiology of this disorder is not entirely understood but could involve oxidative and neuroinflammatory mechanisms.

Cannabidiol (CBD), the major non-psychotomimetic compound present in Cannabis sativa plant, could be a possible therapeutic alternative for TD. This phytocannabinoid shows antioxidant, anti-inflammatory and antipsychotic properties and decreases the acute motor effects of classical antipsychotics.

The present study investigated if CBD would attenuate orofacial dyskinesia, oxidative stress and inflammatory changes induced by chronic administration of haloperidol in mice. Furthermore, we verified in vivo and in vitro (in primary microglial culture) whether these effects would be mediated by PPARγ receptors.

Mice treated with haloperidol showed an increase in microglial activation and inflammatory mediators in the striatum. These changes were also reduced by CBD. On the other hand, the levels of the anti-inflammatory cytokine IL-10 increased in the striatum of animals that received CBD and haloperidol.

Regarding oxidative stress, haloperidol induced lipid peroxidation and reduced catalase activity. This latter effect was attenuated by CBD. The combination of CBD and haloperidol also increased PGC-1α mRNA expression, a co-activator of PPARγ receptors. Pretreatment with the PPARγ antagonist, GW9662, blocked the behavioural effect of CBD in our TD model. CBD also prevented LPS-stimulated microglial activation, an effect that was also antagonized by GW9662.

In conclusion, our results suggest that CBD could prevent haloperidol-induced orofacial dyskinesia by activating PPARγ receptors and attenuating neuroinflammatory changes in the striatum.”

https://www.ncbi.nlm.nih.gov/pubmed/30217539
https://www.sciencedirect.com/science/article/pii/S0889159118305828?via%3Dihub
“Haloperidol, marketed under the trade name Haldol among others, is a typical antipsychotic medication. Haloperidol is used in the treatment of schizophrenia, tics in Tourette syndrome, mania in bipolar disorder, nausea and vomiting, delirium, agitation, acute psychosis, and hallucinations in alcohol withdrawal”  https://en.wikipedia.org/wiki/Haloperidol