“In this study cannabidiol (CBD) was administered orally to determine its effects and mechanisms in the experimental autoimmune encephalomyelitis (EAE) model of multiple sclerosis (MS). We hypothesized that 75 mg/kg of oral CBD given for 5 days after initiation of disease would reduce EAE severity through suppression of either the early peripheral immune or late neuroimmune response.

EAE was induced in C57BL/6 mice at two different magnitudes, and peripheral inflammatory and neuroinflammatory responses were measured at days 3, 10, and 18. Th1, Th17, Tc1, Tc17, Tregs, and myeloid derived suppressor cells (MDSC) were identified from the lymph nodes and spleens of each mouse to determine if CBD altered the suppressor cell or inflammatory cell populations in secondary lymphoid tissues. Additionally, neuroinflammation was identified in brain and spinal cord tissues using various immunohistochemical techniques and flow cytometry.

Early treatment of EAE with oral CBD reduced clinical disease at the day 18 timepoint which correlated with a significant decrease in the percentage of MOG35-55 specific IFN-γ producing CD8+ T cells in the spleen at day 10. Analysis of both T cell infiltration and lesion size within the spinal cord also showed a moderate reduction in neuroinflammation within the central nervous system (CNS).

These results provide evidence that oral CBD suppressed the peripheral immune response that precedes neuroinflammation; however, analysis of the neuroinflammatory endpoints also suggest that the modest reduction in neuroinflammation was only partially responsible for CBD’s neuroprotective capability. Graphical Abstract CBD was administered orally for the first 5 days following initiation of EAE. CBD attenuated clinical disease, and we found that CBD suppressed IFN-γ producing CD8+ T cells in the spleen at day 10. There was also modest suppression of neuroinflammation.

Together these data demonstrate that early, oral administration of CBD protected mice from disease, but the modest effects on neuroinflammation suggest other mechanisms participate in CBD’s neuroprotective effect in EAE.”

“The consistency, efficacy, and safety of cannabis-based medicines have been demonstrated in humans, leading to the approval of the first cannabis-based therapy to alleviate spasticity and pain associated with multiple sclerosis (MS). Indeed, the evidence supporting the therapeutic potential of cannabinoids for the management of pathological events related to this disease is ever increasing.

Different mechanisms of action have been proposed for cannabis-based treatments in mouse models of demyelination, such as Experimental Autoimmune Encephalomyelitis (EAE) and Theiler’s Murine Encephalomyelitis Virus-Induced Demyelinating Disease (TMEV-IDD). Cells in the immune and nervous system express the machinery to synthesize and degrade endocannabinoids, as well as their CB1 and CB2 receptors, each mediating different intracellular pathways upon activation. Hence, the effects of cannabinoids on cells of the immune system, on the blood-brain barrier (BBB), microglia, astrocytes, oligodendrocytes and neurons, potentially open the way for a plethora of therapeutic actions on different targets that could aid the management of MS.

As such, cannabinoids could have an important impact on the outcome of MS in terms of the resolution of inflammation or the potentiation of endogenous repair in the central nervous system (CNS), as witnessed in the EAE, TMEV-IDD and toxic demyelination models, and through other in vitro approaches. In this mini review article, we summarize what is currently known about the peripheral and central effects of cannabinoids in relation to the neuroinflammation coupled to MS. We pay special attention to their effects on remyelination and axon preservation within the CNS, considering the major questions raised in the field and future research directions.”

“Cannabidiol (CBD) has been shown by our laboratory to attenuate experimental autoimmune encephalomyelitis (EAE), an animal model of multiple sclerosis (MS).

In this study, we used microarray and next generation sequencing (NGS)-based approaches to determine whether CBD would alter genome-wide histone modification and gene expression in MOG sensitized lymphocytes.

In summary, this study demonstrates that CBD suppresses inflammation through multiple mechanisms, from histone methylation to miRNA to lncRNA.”

“Marijuana (Cannabis sativa) has many biologically active compounds and its medicinal value has been known for centuries. CBD has been shown to have an anti-inflammatory effect in several animal models. In immune system, studies from our lab as well as those from others have shown that both THC and CBD have anti-inflammatory properties. ”

“T helper (Th)-17 mediate inflammation in both peripheral tissues and the central nervous system. Signal transducer and activator of transcription factor3 (STAT3) is required for Th-cell pathogenicity and its activation in the brain has been demonstrated during the acute phase of experimental autoimmune encephalomyelitis (EAE) through the mammalian target of rapamycin (mTOR) signaling. Rapamycin (RAPA), an inhibitor of mTOR, can drive Forkhead box P3 (FOXP3+) induction as a regulatory factor.

The aim of this study was to determine the effects of hemp seed/evening primrose oils (HSO/EPO) supplement on the expression of FOXP3+, STAT3, and interleukin (IL)-17 genes in EAE lymph nodes.

EAE was induced by myelin oligodendrocyte glycoprotein peptide in mice, and then the mice were assigned to three treatment groups compared to two control groups (EAE and naive). The histological findings of the spinal cord were evaluated. To determine the expression of FOXP3+, STAT3, and IL-17 genes in the lymphocytes, qRT-PCR was used.

Our results showed that EAE severity was reduced in HSO/EPO mice by reducing the expression of STAT3 and IL-17 genes and increasing the expression of FOXP3+ gene, which was confirmed by slight inflammation in the spinal cord. Histological findings showed a significant improvement in the HSO/EPO group.

Our findings suggest that the HSO/EPO treatment can be used to ameliorate the demyelination of spinal cord, which was confirmed by immunological and histological findings.”

“Multiple sclerosis (MS) is a chronic and disabling disorder of the central nervous system (CNS) characterized by neuroinflammation leading to demyelination.

Recently a combination of Δ9-tetrahydrocannabinol (THC) and Cannabidiol (CBD) extracted from Cannabis has been approved in many parts of the world to treat MS-related spasticity. THC+CBD combination was also shown to suppresses neuroinflammation, although the mechanisms remain to be further elucidated.

In the current study, we demonstrate that THC+CBD combination therapy (10 mg/kg each) but not THC or CBD alone, attenuates murine experimental autoimmune encephalomyelitis (EAE) by reducing neuroinflammation and suppression of Th17 and Th1 cells.

Collectively, this study suggests that combination of THC+CBD suppresses neuroinflammation and attenuates clinical EAE development and that this effect is associated with changes in miRNA profile in brain-infiltrating cells.”

“Combination of THC+CBD has been used to treat human MS. This treatment is known to decrease not only muscle spasticity but also suppress neuroinflammation.”

“Currently, a combination of marijuana cannabinoids including delta-9-tetrahydrocannabinol (THC) and cannabidiol (CBD) is used as a drug to treat muscle spasticity in patients with Multiple Sclerosis (MS).

Because these cannabinoids can also suppress inflammation, it is unclear whether such patients benefit from suppression of neuroinflammation and if so, what is the mechanism through which cannabinoids act.

In the currently study, we used a murine model of MS, experimental autoimmune encephalomyelitis (EAE), to study the role of gut microbiota in the attenuation of clinical signs of paralysis and inflammation caused by cannabinoids.

THC+CBD treatment attenuated EAE and caused significant decrease in inflammatory cytokines such as IL-17 and IFN-γ while promoting the induction of anti-inflammatory cytokines such as IL-10 and TGF-β. Use of 16S rRNA sequencing on bacterial DNA extracted from the gut revealed that EAE mice showed high abundance of mucin degrading bacterial species, such as Akkermansia muciniphila (A.muc), which was significantly reduced after THC+CBD treatment.

Fecal Material Transfer (FMT) experiments confirmed that THC+CBD-mediated changes in the microbiome play a critical role in attenuating EAE. In silico computational metabolomics revealed that LPS biosynthesis, a key component in gram-negative bacteria such as A.muc, was found to be elevated in EAE mice which was confirmed by demonstrating higher levels of LPS in the brain, while treatment with THC+CBD reversed this trend. EAE mice treated with THC+CBD also had significantly higher levels of short chain fatty acids such as butyric, isovaleric, and valeric acids compared to naïve or disease controls.

“There is a growing surge of investigative research involving the beneficial use of cannabinoids as novel interventional alternatives for multiple sclerosis (MS) and associated neuropathic pain (NPP).

Henceforth, this research represents a critical step in advancing the literature by scientifically validating the merit for medical cannabinoid use and sets the foundation for future clinical trials.” 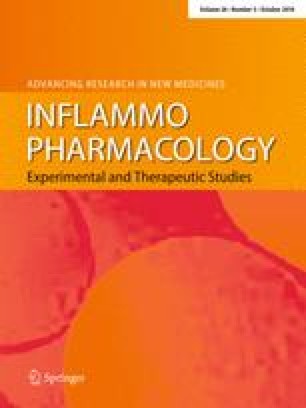 “Multiple sclerosis (MS) is an autoimmune disease leading to the destruction of myelin with consequent axonal degeneration and severe physical debilitation. The disease can be treated with immunosuppressive drugs that alleviate the symptoms and retard disease aggravation. One such drug in clinical use is glatiramer acetate (Copaxone).

The non-psychotropic immunosuppressive cannabinoid compound cannabidiol (CBD) has recently been shown to have beneficial effects on experimental autoimmune encephalomyelitis (EAE). The aim of our study was to compare the efficacy of CBD and standardized extracts from a CBD-rich, ∆9-THClow Cannabis indica subspecies (Avidekel) with that of Copaxone.

Our data show that CBD and purified Avidekel extracts are as efficient as Copaxone to alleviate the symptoms of proteolipid protein (PLP)-induced EAE in SJL/J mice. No synergistic effect was observed by combining CBD or Avidekel extracts with Copaxone.

Our data support the use of Avidekel extracts in the treatment of MS symptoms.”

“Multiple sclerosis (MS) is a chronic debilitating autoimmune disease without a cure. While the use of marijuana cannabinoids for MS has recently been approved in some countries, the precise mechanism of action leading to attenuate neuroinflammation is not clear. We used experimental autoimmune encephalomyelitis (EAE), a murine model of MS, to explore the anti-inflammatory properties of cannabidiol (CBD), a non-psychoactive cannabinoid. Treatment with CBD caused attenuation of EAE disease paradigms as indicated by a significant reduction in clinical scores of paralysis, decreased T cell infiltration in the central nervous system, and reduced levels of IL-17 and IFNγ. Interestingly, CBD treatment led to a profound increase in myeloid-derived suppressor cells (MDSCs) in EAE mice when compared to the vehicle-treated EAE controls. These MDSCs caused robust inhibition of MOG-induced proliferation of T cells in vitro. Moreover, adoptive transfer of CBD-induced MDSCs ameliorated EAE while MDSC depletion reversed the beneficial effects of CBD treatment, thereby conclusively demonstrating that MDSCs played a crucial role in CBD-mediated attenuation of EAE. Together, these studies demonstrate for the first time that CBD treatment may ameliorate EAE through induction of immunosuppressive MDSCs.”

“Cannabinoid compounds refer to a group of more than 60 plant-derived compounds in Cannabis sativa, more commonly known as marijuana. Exposure to marijuana and cannabinoid compounds has been increasing due to increased societal acceptance for both recreational and possible medical use. Cannabinoid compounds suppress immune function, and while this could compromise one’s ability to fight infections, immune suppression is the desired effect for therapies for autoimmune diseases. It is critical, therefore, to understand the effects and mechanisms by which cannabinoid compounds alter immune function, especially immune responses induced in autoimmune disease. Therefore, this unit will describe induction and assessment of the experimental autoimmune encephalomyelitis (EAE) model of multiple sclerosis (MS), and its potential alteration by cannabinoid compounds. The unit includes three approaches to induce EAE, two of which provide correlations to two forms of MS, and the third specifically addresses the role of autoreactive T cells in EAE.”