“Cannabinoid receptor type 1 and 2 expression in the skin of healthy dogs and dogs with atopic dermatitis…The endocannabinoid system and cannabimimetic compounds protect against effects of allergic inflammatory disorders in various species of mammals. Results of the present study contributed to knowledge of the endocannabinoid system and indicated this system may be a target for treatment of immune-mediated and inflammatory disorders such as allergic skin diseases in dogs.” 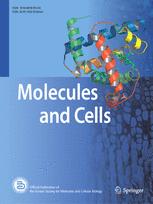 “Hemp seed is rich in polyunsaturated fatty acids (PUFAs), which have potential as therapeutic compounds for the treatment of neurodegenerative and cardiovascular disease.

In this study, we assessed the effects of the intake of  hempseed meal (HSM) and PUFAs on oxidative stress, cytotoxicity and neurological phenotypes, and cholesterol uptake, using Drosophila models.

Meanwhile, intake of HSM, as well as linoleic or linolenic acids (major PUFA components of HSM) was shown to ameliorate Aβ42-induced eye degeneration, thus suggesting that these compounds exert a protective effect against Aβ42 cytotoxicity.

In conclusion, our results indicate that HSM and linoleic acid exert inhibitory effects on both Aβ42 cytotoxicity and cholesterol uptake, and are potential candidates for the treatment of Alzheimer’s disease and cardiovascular disease.”

“A number of previous studies have shown that polyunsaturated fatty acids (PUFAs) and phytosterols are critically important for human health. Hempseed is a rich source of plant oil, which contains more than 80% PUFAs and 3922-6719 mg/kg of phytosterols (e.g., sitosterol and campesterol). The fatty acids in hempseed oil include a variety of essential fatty acids, including linoleic acid ”

“Cannabinoid receptor agonists have gained attention as potential therapeutic targets of inflammatory and neuropathic pain. Here, we report the identification and optimization of a series of 7-oxo-[1,4]oxazino[2,3,4-ij]quinoline-6-carboxamide derivatives as a novel chemotype of selective cannabinoid CB2 receptor agonists… 7-Oxo-[1,4]oxazino[2,3,4-ij]quinoline-6-carboxamides as Selective CB2 Cannabinoid Receptor Ligands: Structural Investigations around a Novel Class of Full Agonists.”

“Cannabidiol (CBD) is the most abundant cannabinoid in Cannabis sativa that has no psychoactive properties. CBD has been approved to treat inflammation, pain and spasticity associated with multiple sclerosis (MS), of which demyelination and oligodendrocyte loss are hallmarks. Thus, we investigated the protective effects of CBD against the damage to oligodendrocyte progenitor cells (OPCs) mediated by the immune system… Cannabidiol protects oligodendrocyte progenitor cells… These findings suggest that attenuation of the ER stress pathway is involved in the ‘oligoprotective’ effects of CBD during inflammation.”

“…pharmacological modulation of the endogenous cannabinoid system could provide new therapeutics for the treatment of a number of gastrointestinal diseases, including nausea and vomiting, gastric ulcers, irritable bowel syndrome, Crohn’s disease, secretory diarrhoea, paralytic ileus and gastroesophageal reflux disease. Some cannabinoids are already in use…”

“Alternative targets within the endocannabinoid system for future treatment of gastrointestinal diseases… Many beneficial effects of herbal cannabinoids on gut motility and inflammation have been demonstrated, suggesting a vast potential for these compounds in the treatment of gastrointestinal disorders….endocannabinoid system’ (ECS), a cooperating network of molecules that regulate themetabolism of the body’s own and of exogenously administered cannabinoids. The ECS… offering many potential targets for pharmacological intervention. Of major therapeutic interest are nonpsychoactive cannabinoids that do not directly target cannabinoid receptors but still possess cannabinoid-like properties… promising alternative therapeutic tools to manipulate the ECS.”

CB2 is a potent regulator of immune responses making it a prime target for the treatment of inflammatory diseases.”