“A major factor associated with poor prognostic outcome after a first psychotic break is cannabis misuse, which is prevalent in schizophrenia and particularly common in individuals with recent-onset psychosis. Behavioral interventions aimed at reducing cannabis use have been unsuccessful in this population.

Cannabidiol (CBD) is a phytocannabinoid found in cannabis, although at low concentrations in modern-day strains. CBD has a broad pharmacological profile, but contrary to ∆9-tetrahydrocannabinol (THC), CBD does not activate CB1 or CB2 receptors and has at most subtle subjective effects.

Growing evidence indicates that CBD acts as an antipsychotic and anxiolytic, and several reports suggest neuroprotective effects. Moreover, CBD attenuates THC’s detrimental effects, both acutely and chronically, including psychotogenic, anxiogenic, and deleterious cognitive effects. This suggests that CBD may improve the disease trajectory of individuals with early psychosis and comorbid cannabis misuse in particular-a population with currently poor prognostic outcome and no specialized effective intervention.”

“N-arachidonoyl dopamine (NADA) is a member of the family of endocannabinoids to which several other N-acyldopamines belong as well. Their activity is mediated through various targets that include cannabinoid receptors or transient receptor potential vanilloid (TRPV)1. Synthesis and degradation of NADA are not yet fully understood. Nonetheless, there is evidence that NADA plays an important role in nociception and inflammation in the central and peripheral nervous system. The TRPV1 receptor, for which NADA is a potent agonist, was shown to be an endogenous transducer of noxious heat. Moreover, it has been demonstrated that NADA exerts protective and antioxidative properties in microglial cell cultures, cortical neurons, and organotypical hippocampal slice cultures. NADA is present in very low concentrations in the brain and is seemingly not involved in activation of the classical pathways. We believe that treatment with exogenous NADA during and after injury might be beneficial. This review summarizes the recent findings on biochemical properties of NADA and other N-acyldopamines and their role in physiological and pathological processes. These findings provide strong evidence that NADA is an effective agent to manage neuroinflammatory diseases or pain and can be useful in designing novel therapeutic strategies.”

“Inflammation is an important mediator of secondary neurological injury after traumatic brain injury (TBI). Endocannabinoids, endogenously produced arachidonate based lipids, have recently emerged as powerful anti-inflammatory compounds, yet the molecular and cellular mechanisms underlying these effects are poorly defined. Endocannabinoids are physiological ligands for two known cannabinoid receptors, CB1R and CB2R. In the present study, we hypothesized that selective activation of CB2R attenuates neuroinflammation and reduces neurovascular injury after TBI. Taken together, our findings support the development of selective CB2R agonists as a therapeutic strategy to improve TBI outcomes while avoiding the psychoactive effects of CB1R activation.”   https://www.ncbi.nlm.nih.gov/pubmed/29079445   http://www.sciencedirect.com/science/article/pii/S0889159117304774

“The Cannabinoid CB2 Receptor as a Target for Inflammation-Dependent Neurodegeneration. The first approved cannabinoid drugs were analogues of Δ9-tetrahydrocannabinol (Δ9-THC). Dronabinol is a natural isomer of THC that is found in the cannabis plant” https://www.ncbi.nlm.nih.gov/pmc/articles/PMC2435344/

“Cannabinoid Receptor CB2 Is Involved in Tetrahydrocannabinol-Induced Anti-Inflammation against Lipopolysaccharide in MG-63 Cells. These results suggested that CB2 is involved in the THC-induced anti-inflammation”  https://www.hindawi.com/journals/mi/2015/362126/

“Cannabinoids as novel anti-inflammatory drugs. Manipulation of endocannabinoids and/or use of exogenous cannabinoids in vivo can constitute a potent treatment modality against inflammatory disorders.  For several centuries, marijuana has been used as an alternative medicine in many cultures and, recently, its beneficial effects have been shown”  https://www.ncbi.nlm.nih.gov/pmc/articles/PMC2828614/

“Cannabinoids as neuroprotective agents in traumatic brain injury.  Cannabinoids of all classes have the ability to protect neurons from a variety of insults that are believed to underlie delayed neuronal death after traumatic brain injury (TBI), including excitotoxicity, calcium influx, free radical formation and neuroinflammation.” https://www.ncbi.nlm.nih.gov/pubmed/15281893

“Effect of marijuana use on outcomes in traumatic brain injury. A positive THC screen is associated with decreased mortality in adult patients sustaining TBI.”  https://www.ncbi.nlm.nih.gov/pubmed/25264643 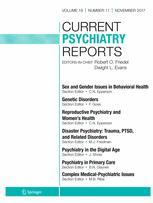 “Treatment of neuropathic pain (NP) symptoms associated with multiple sclerosis (MS) is frequently insufficient. Yet, cannabis is still rarely offered for treatment of pain. This clinical trial aimed at showing the positive benefit-risk ratio of dronabinol. Two hundred forty MS patients with central NP entered a 16-weeks placebo-controlled phase-III study followed by a 32-weeks open-label period. One hundred patients continued therapy for overall up to 119 weeks. Primary endpoint was change of pain intensity on the 11-point Numerical Rating Scale over a 16-weeks treatment period. Safety was assessed on the basis of adverse reactions (ARs), signs of dependency and abuse. Pain intensity during 16-weeks dronabinol and placebo treatment was reduced by 1.92 and 1.81 points without significant difference in between (p = 0.676). Although the proportion of patients with ARs was higher under dronabinol compared to placebo (50.0 vs. 25.9%), it decreased during long-term use of dronabinol (26%). No signs of drug abuse and only one possible case of dependency occurred. The trial results demonstrate that dronabinol is a safe long-term treatment option.” https://www.ncbi.nlm.nih.gov/pubmed/29073592

“Overall, this trial demonstrated the long-lasting therapeutic potential, the good tolerability and favourable safety profile of dronabinol – especially in terms of drug abuse and dependency. Based on the presented results, there is no special focus on the harm caused by dronabinol treatment. Although the statistical proof of efficacy for dronabinol versus placebo treatment is pending, physicians should consider the potential benefits of the multifactorial effects of dronabinol.” https://www.karger.com/Article/FullText/481089

“The discovery of endocannabinoid’s role within the central nervous system and its potential therapeutic benefits have brought forth rising interest in the use of cannabis for medical purposes. The present review aimed to synthesize and evaluate the available evidences on the efficacy of cannabis and its derivatives for psychiatric, neurodegenerative and movement disorders. A systematic search of randomized controlled trials of cannabis and its derivatives were conducted via databases (PubMed, Embase and the Cochrane Central Register of Controlled Trials). A total of 24 reports that evaluated the use of medical cannabis for Alzheimer’s disease, anorexia nervosa, anxiety, dementia, dystonia, Huntington’s disease, Parkinson’s disease, post-traumatic stress disorder (PTSD), psychosis and Tourette syndrome were included in this review. Trial quality was assessed with the Cochrane risk of bias tool. There is a lack of evidence on the therapeutic effects of cannabinoids for amyotrophic lateral sclerosis and dystonia. Although trials with positive findings were identified for anorexia nervosa, anxiety, PTSD, psychotic symptoms, agitation in Alzheimer’s disease and dementia, Huntington’s disease, and Tourette syndrome, and dyskinesia in Parkinson’s disease, definitive conclusion on its efficacy could not be drawn. Evaluation of these low-quality trials, as rated on the Cochrane risk of bias tools, was challenged by methodological issues such as inadequate description of allocation concealment, blinding and underpowered sample size. More adequately powered controlled trials that examine the long and short term efficacy, safety and tolerability of cannabis for medical use, and the mechanisms underpinning the therapeutic potential are warranted.”

“Cannabinoids include the active constituents of Cannabis or are molecules that mimic the structure and/or function of these Cannabis-derived molecules.

This review summarizes evidence for these interactions in the CNS and in cancer, and is organized according to the cellular targets involved. The CNS represents a well-studied area and cancer is emerging in terms of understanding mechanisms by which cannabinoids modulate their activity. Considering the CNS and cancer together allow identification of non-cannabinoid receptor targets that are shared and divergent in both systems.

This comparative approach allows the identified targets to be compared and contrasted, suggesting potential new areas of investigation. It also provides insight into the diverse sources of efficacy employed by this interesting class of drugs. Obtaining a comprehensive understanding of the diverse mechanisms of cannabinoid action may lead to the design and development of therapeutic agents with greater efficacy and specificity for their cellular targets.”