“G protein-coupled receptor 55 (GPR55) shares numerous cannabinoid ligands with CB1 and CB2 receptors despite low homology with those classical cannabinoid receptors. The pharmacology of GPR55 is not yet fully elucidated; however, GPR55 utilizes a different signaling system and downstream cascade associated with the receptor. Therefore, GPR55 has emerged as a putative “type 3″ cannabinoid receptor, establishing a novel class of cannabinoid receptor. Furthermore, the recent evidence of GPR55-CB1 and GPR55-CB2 heteromerization along with its broad distribution from central nervous system to peripheries suggests the importance of GPR55 in various cellular processes and pathologies and as a potential therapeutic target in inflammation.”

“Insulin resistance and β-cell dysfunction are the main defects in Type 2 Diabetes Mellitus (T2DM), and β-cell dysfunction and apoptosis is the critical determinant in the progression of T2DM. G-protein coupled receptor 55 (GPR55) is an orphan G-protein coupled receptor, which is activated by endocannabinoids and lipid transmitters. Recently, GPR55 was shown to regulate glucose and energy homeostasis, however its role in β-cell apoptosis was not studied. Therefore, in this study, we investigated the novel effect of GPR55 agonists, O-1602 and abnormal cannabidiol (Abn-CBD), on endoplasmic reticulum (ER) stress-induced apoptosis in mouse pancreatic β-cell lines, MIN6 and Beta-TC-6, and its underlying mechanisms. Our results showed that O-1602 and Abn-CBD reduced ER stress-induced apoptosis in MIN6 and Beta-TC-6 cells. This was through the phosphorylation of 3′-5′-cyclic adenosine monophosphate response element-binding protein (CREB) in β-cells, hence activating CREB downstream anti-apoptotic genes, Bcl-2 and Bcl-xL. Moreover, O-1602 and Abn-CBD directly activated kinases, CaMKIV, Erk1/2 and PKA, to induce CREB phosphorylation. Therefore, our results indicated that GPR55 agonists protected from β-cell apoptosis through CREB activation, thus up-regulating anti-apoptotic genes. In conclusion, our study provided a novel protective effect of GPR55 agonists on ER stress-induced apoptosis in β-cells and its underlying mechanisms mediating this protection, therefore we suggested that GPR55 might be a therapeutic target for T2DM.” 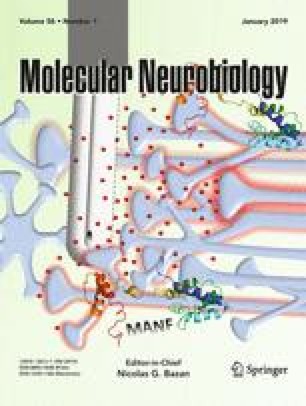 “Cannabinoid CB1 receptors (CB1R) and the GPR55 receptor are expressed in striatum and are potential targets in the therapy of Parkinson’s disease (PD), one of the most prevalent neurodegenerative diseases in developed countries.

The aim of this paper was to address the potential of ligands acting on those receptors to prevent the action of a neurotoxic agent, MPP+, that specifically affects neurons of the substantia nigra due to uptake via the dopamine DAT transporter.

These results show that neurons expressing heteromers are more resistant to cell death but question the real usefulness of CB1R, GPR55, and their heteromers as targets to afford PD-related neuroprotection.”

“Marijuana extracts (cannabinoids) have been used for several millennia for pain treatment.

Regarding the site of action, cannabinoids are highly promiscuous molecules, but only two cannabinoid receptors (CB1 and CB2) have been deeply studied and classified.

Thus, therapeutic actions, side effects and pharmacological targets for cannabinoids have been explained based on the pharmacology of cannabinoid CB1/CB2 receptors. However, the accumulation of confusing and sometimes contradictory results suggests the existence of other cannabinoid receptors.

According to their expression, GPR18 and GPR55 could be involved in sensory transmission and pain integration.

This work summarized novel data supporting that, besides cannabinoid CB1 and CB2receptors, GPR18 and GPR55 may be useful for pain treatment.

Conclusion: There is evidence to support an antinociceptive role for GPR18 and GPR55.”

“Neuroinflammation plays a vital role in Alzheimer’s disease and other neurodegenerative conditions.

The orphan G-protein-coupled receptor 55 (GPR55) has been reported to modulate inflammation and is expressed in immune cells such as monocytes and microglia.

Targeting GPR55 might be a new therapeutic option to treat neurodegenerative diseases with a neuroinflammatory background such as Alzheimer’s disease, Parkinson, and multiple sclerosis (MS).”

“The life expectancy for pancreatic cancer patients has seen no substantial changes in the last 40 years as very few and mostly just palliative treatments are available. As the five years survival rate remains around 5%, the identification of novel pharmacological targets and development of new therapeutic strategies are urgently needed.

Here we demonstrate that inhibition of the G protein-coupled receptor GPR55, using genetic and pharmacological approaches, reduces pancreatic cancer cell growth in vitro and in vivo and we propose that this may represent a novel strategy to inhibit pancreatic ductal adenocarcinoma (PDAC) progression.

Specifically, we show that genetic ablation of Gpr55 in the KRASWT/G12D/TP53WT/R172H/Pdx1-Cre+/+ (KPC) mouse model of PDAC significantly prolonged survival.

Importantly, KPC mice treated with a combination of the GPR55 antagonist Cannabidiol (CBD) and gemcitabine (GEM, one of the most used drugs to treat PDAC), survived nearly three times longer compared to mice treated with vehicle or GEM alone.

Combination of CBD and GEM inhibited tumour cell proliferation in KPC mice and it opposed mechanisms involved in development of resistance to GEM in vitro and in vivo. Finally, we demonstrate that the tumour suppressor p53 regulates GPR55 protein expression through modulation of the microRNA miR34b-3p.

Our results demonstrate the important role played by GPR55 downstream of p53 in PDAC progression. Moreover our data indicate that combination of CBD and GEM, both currently approved for medical use, might be tested in clinical trials as a novel promising treatment to improve PDAC patients’ outcome.”