“Endometriosis is a chronic painful disease highly prevalent in women that is defined by growth of endometrial tissue outside the uterine cavity and lacks adequate treatment.

Medical use of cannabis derivatives is a current hot topic and it is unknown whether phytocannabinoids may modify endometriosis symptoms and development.

Here we evaluate the effects of repeated exposure to Δ9-tetrahydrocannabinol (THC) in a mouse model of surgically-induced endometriosis.

These data highlight the interest of scheduled clinical trials designed to investigate possible benefits of THC for women with endometriosis.”

“Endometriosis affects a large proportion of women during their reproductive years and is associated with pain and infertility, also affecting psychological wellbeing and quality of life. The pathogenesis of the disease remains unclear, although it is believed to be multifactorial.

The endocannabinoid system (ECS) consists of a number of ligands, receptors and enzymes, and has gained interests in endometriosis research. This review aims to summarise all available evidence reporting the roles of the ECS in endometriosis.

A literature search of the PubMed, EMBASE, and Web of Science electronic medical databases was performed. Original and review articles published in peer-reviewed journals were included. No publication date or publication status restrictions were imposed.

Significant differences in the concentrations and expressions of the components of the ECS were reported in the eutopic and ectopic endometrium, and the systemic circulation of women with endometriosis compared to controls. Endometriosis appears to be associated with downregulation of CB1 receptors and upregulation of TRPV1 receptors.

The role of CB1 and progesterone in anti-inflammatory action and the role of TRPV1 in inflammation and pain are of particular interests. Furthermore, the ECS has been reported to be involved in processes relevant to endometriosis, including cell migration, cell proliferation, apoptosis, inflammation, and interacts with sex steroid hormones.

The ECS may play a role in disease establishment, progression, and pain in endometriosis. However, reports are based on studies of limited size and there are inconsistencies among the definition of their control groups. There are also conflicting reports regarding precise involvement of the ECS in endometriosis. Future research with larger numbers, strict inclusion and exclusion criteria and detailed clinical information is imperative.”

“This study sought to determine the prevalence, tolerability, and self-reported effectiveness of cannabis in women with endometriosis.

A total of 484 responses were included for analysis, with 76% of the women reporting the use of general self-management strategies within the last 6 months. Of those using self-management, 13% reported using cannabis for symptom management. Self-reported effectiveness in pain reduction was high (7.6 of 10), with 56% also able to reduce pharmaceutical medications by at least half. Women reported the greatest improvements in sleep and in nausea and vomiting. Adverse effects were infrequent (10%) and minor. 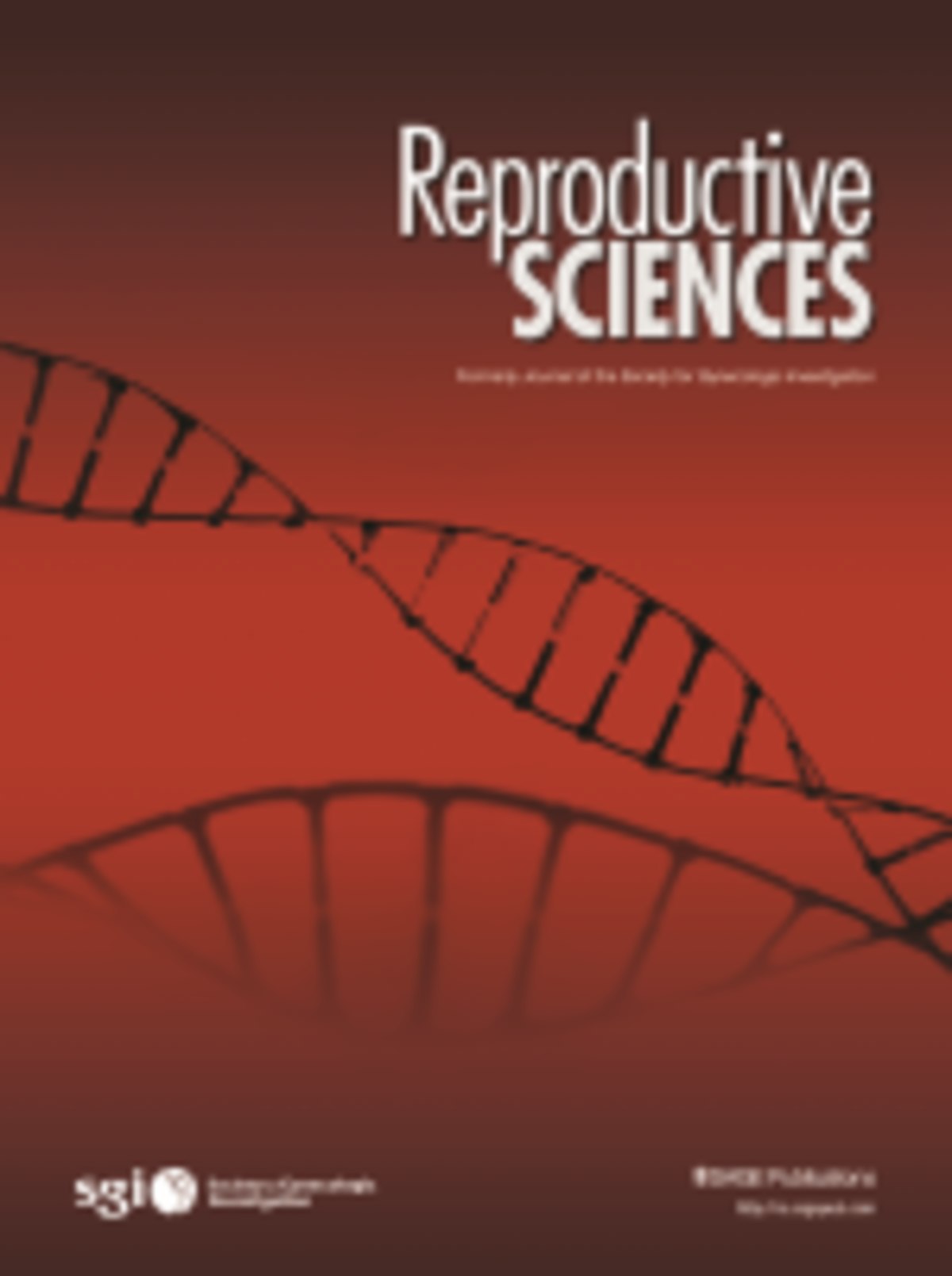 “The myometrium, especially the junctional zone (JZ), is now well documented to have a role in the pathogenesis of adenomyosis. Cannabinoid receptors have been shown to participate in the establishment of endometriosis and its pain perception. However, its relation to adenomyosis has not been identified yet. The aim of this study was to investigate the expression of cannabinoid receptor type I (CB1) and type II (CB2) in myometrium of uteri with and without adenomyosis and determine the correlation between their levels and clinical parameters of adenomyosis. We collected tissue samples of JZ and the outer myometrium from 45 premenopausal women with adenomyosis and 34 women without adenomyosis. CB1 and CB2 messenger RNA (mRNA) and protein expression levels were evaluated by the use of Western blotting and real-time quantitative polymerase chain reaction from all samples. Clinical information on the severity of dysmenorrhea and other data were collected. We found both CB1 and CB2 mRNA and protein levels in women with adenomyosis were significantly higher than those of controls, and CB1 expression levels in JZ were positively correlated with the severity of dysmenorrhea. These data suggest that cannabinoid receptor CB1 may be involved in the pathogenesis of dysmenorrhea in adenomyosis and may be a potential therapeutic target.”

“Adenomyosis is a common gynecologic benign disease that may have a life-long negative impact on women.

Previous studies have indicated that the endocannabinoid system may participate in the progress of endometriosis.

Our research aims to analyze the expression patterns of the typical cannabinoid receptors (CB1 and CB2), the main constituents of the endocannabinoid system, in endometrial samples derived from patients diagnosed as adenomyosis or not.

The decreased expression of CB1 and CB2 in the eutopic and ectopic endometrium from patients diagnosed as adenomyosis suggests that cannabinoid receptors may participate in the pathogenesis of adenomyosis.”

“In conclusion, we found a significant decrease in the cannabinoid receptors CB1 and CB2 in the eutopic and ectopic endometrium of patients with adenomyosis, regardless of the menstrual phase, suggesting that CB1 and CB2 participate in the pathogenesis of this condition.” 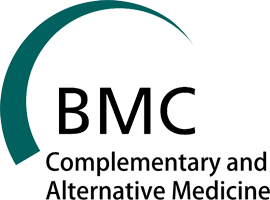 “Endometriosis has a significant negative impact on the lives of women, and current medical treatments often do not give sufficient pain relief or have intolerable side effects for many women. The majority of women with primary dysmenorrhea use self-management strategies (including self-care techniques or lifestyle choices) to help manage period related symptoms, but little is known about self-management in women with endometriosis.

The aim of this survey was to determine the prevalence of use, safety, and self-rated effectiveness of common forms of self-management.

Cannabis, heat, hemp/CBD oil, and dietary changes were the most highly rated in terms of self-reported effectiveness in pain reduction. Physical interventions such as yoga/Pilates, stretching, and exercise were rated as being less effective.

Self-management was very commonly used by women with endometriosis and form an important part of self-management.

“Patients with endometriosis often suffer from diffuse and poorly localized severe pain. The current pain management strategies include medical and hormonal therapy, as well as surgery. Medical management of pain is often insufficient and is associated with high rate of recurrence. Better pain management is therefore of urgent need.

Methods: Among the various candidates, the endocannabinoid system (ECS) has recently emerged as a relevant pharmacological target for the management of endometriosis-related pain. A computerized literature search was performed to identify relevant studies combining the keywords “endometriosis,” “endocannabinoid,” “cannabinoid receptor,” “THC,” and “pain mechanisms.”

Conclusions: This review describes the multiple and complex pain mechanisms associated with endometriosis. Current data and theories concerning the link between the ECS and pain management for endometriosis patients are presented. Finally, we will discuss which aspects of endometriosis-associated pain can be targeted by modulation of the ECS.”

“The endocannabinoid system regulates neurite outgrowth and neurogenesis during development of the central nervous system.

Cannabinoid receptor 1 (CB1R) is expressed in neurons, including the somata and fibers, that innervate the endometrial ectopic cyst in rats.

This finding may provide a new therapeutic target for patients with endometriosis.”

“Does signaling via the cannabinoid (CB1) receptor play a role in the pathogenesis of endometriosis in a mouse model?

The expression of components of the endocannabinoid system has been demonstrated in both mouse and human uteri. CB1 receptors are expressed in human epithelial and stromal cell lines derived from eutopic endometrium and deep infiltrating endometriosis nodules.

This was a randomized study in a mouse model of endometriosis.

We provide evidence that endocannabinoid signaling via CB1 receptor plays a role in the development of endometriosis in a mouse model.

However, the relative contribution of the CB1-mediated signaling pathways active in inflammatory, uterine and peritoneal cells remains to be ascertained. Since the study was performed in a mouse model, the significance of the findings in the human system warrants further investigation.

Clarifying the function and regulation of CB1 and its molecular interactions with endogenous ligands, and how endocannabinoids levels are regulated in women with endometriosis, represent critical areas of research for the potential development of a novel medical treatment of the disease.”