“The demonstrated expression of endocannabinoid receptors in myofascial tissue suggested the role of fascia as a source and modulator of pain.

Fibroblasts can modulate the production of the various components of the extracellular matrix, according to type of stimuli: physical, mechanical, hormonal, and pharmacological. In this work, fascial fibroblasts were isolated from small samples of human fascia lata of the thigh, collected from three volunteer patients (two men, one woman) during orthopedic surgery.

This text demonstrates for the first time that the agonist of cannabinoid receptor 2, HU-308, can lead to in vitro production of hyaluronan-rich vesicles only 3-4 h after treatment, being rapidly released into the extracellular environment. We demonstrated that these vesicles are rich in hyaluronan after Alcian blue and Toluidine blue stainings, immunocytochemistry, and transmission electron microscopy. In addition, incubation with the antagonist AM630 blocked vesicles production by cells, confirming that release of hyaluronan is a cannabinoid-mediated effect.

These results may show how fascial cells respond to the endocannabinoid system by regulating and remodeling the formation of the extracellular matrix. This is a first step in our understanding of how therapeutic applications of cannabinoids to treat pain may also have a peripheral effect, altering the biosynthesis of the extracellular matrix in fasciae and, consequently, remodeling the tissue and its properties.”

“The treatment of cancer-induced bone pain (CIBP) has been proven ineffective and relies heavily on opioids, the target of highly visible criticism for their negative side effects.

Alternative therapeutic agents are needed and the last few years have brought promising results, detailed in this review.

Cysteine/glutamate antiporter system, xc, cannabinoids, kappa opioids, and a ceramide axis have all been shown to have potential as novel therapeutic targets without the negative effects of opioids.

Review of the most recent and promising studies involving CIBP, specifically within murine models. Cancer pain has been reported by 30-50% of all cancer patients and even more in late stages, however the standard of care is not effective to treat CIBP. The complicated and chronic nature of this type of pain response renders over the counter analgesics and opioids largely ineffective as well as difficult to use due to unwanted side effects. Preclinical studies have been standardized and replicated while novel treatments have been explored utilizing various alternative receptor pathways: cysteine/glutamate antiporter system, xc, cannabinoid type 1 receptor, kappa opioids, and a ceramide axis sphingosine-1-phosphate/sphingosine-1-phosphate receptor 1.” 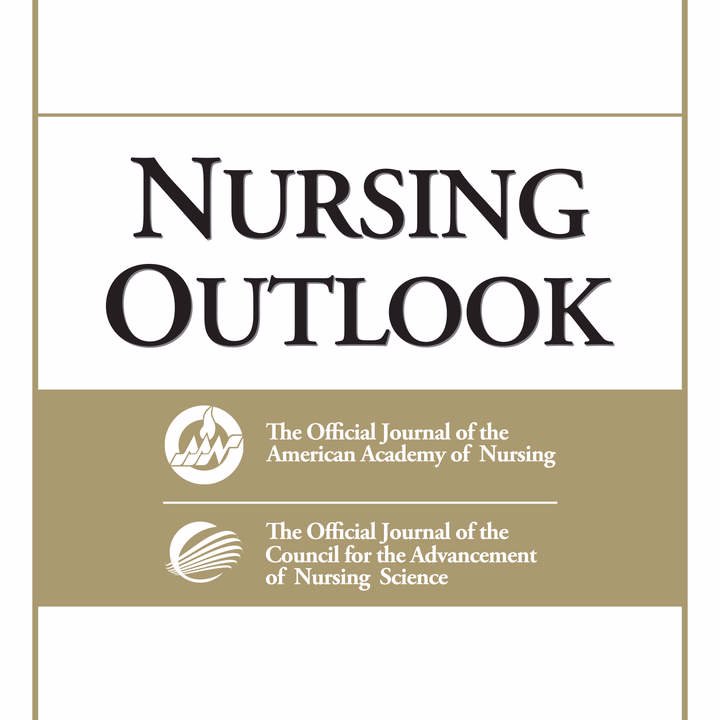 Using a case-study design, this study was conducted to describe the experience of parents using medical cannabis for relief of seizures in their child or dependent.

Themes revealed a complex, multifaceted experience. Many parents report benefit from medical cannabis, and are not hindered by the financial costs or uncertainties. Political and social influences have significant impact on the stigmatization and normalization of cannabis.”

“Parents across the United States are using cannabis to treat their child’s epilepsy.”

“Cannabis-based medications are being increasingly used for the treatment of different clinical conditions.

Among all galenic formulations, olive oil extracts from medical Cannabis are the most prescribed ones for their easy preparation and usage. A great variety of methods have been described so far for the extraction of medical Cannabis oils to reach a high yield of Δ9-tetrahydrocannabinol (Δ9-THC), but poor attention has been paid to the preservation of the terpene fraction from the plant, which may contribute to the overall bioactivity of the extracts.

In this context, the present study was aimed at the chemical characterization of different medical Cannabis oils prepared by following both innovative and existing extraction protocols, with particular attention to cannabinoids and terpenes, in order to set up a suitable method to obtain an extract rich in these chemical classes. In particular, six different extraction procedures were followed, based on different techniques, of which all but one included a decarboxylation of the plant material.

The profile of cannabinoids was studied in detail by means of HPLC-ESI-MS/MS, while terpenes were characterized by means both GC-MS and GC-FID techniques coupled with solid-phase microextraction operated in the head-space mode (HS-SPME). An innovative method that is based on the extraction of the oil by dynamic maceration at room temperature from plant inflorescences, which were partially decarboxylated in a closed system at a moderate temperature and partially pre-extracted with ethanol, produced similar yields of bioactive compounds as that obtained by using a microwave-assisted distillation of the essential oil from the plant material, in combination with a maceration extraction of the oil from the residue.

Both these new methods provided a higher efficiency over already existing extraction procedures of medical Cannabis oils and they can be applied to obtain a product with a high therapeutic value.”

“New methods were developed for the extraction of medical Cannabis oils.” 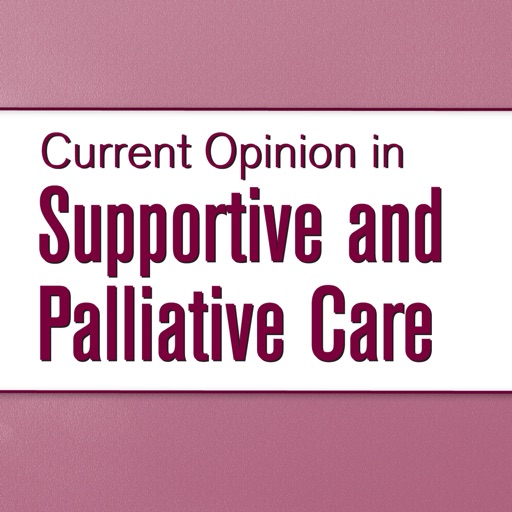 “An increasing number of patients are turning to cannabis and cannabinoids for management of their palliative and nonpalliative cancer pain and other cancer-related symptoms.

Canadians have a legal framework for access to medical cannabis, which provides a unique perspective in a setting lacking robust clinical evidence. This review seeks to delineate the role of cannabis and cannabinoids in cancer pain management and offers insight into the Canadian practice.

Good preclinical animal data and a large body of observational evidence point to the potential efficacy of cannabinoids for cancer pain management. However, there are relatively weak data pointing to clinical efficacy from clinical trial data to date. In Canada, the burgeoning cannabis industry has driven the population to embrace a medicine before clinical evidence. There remains a need for high-quality randomized controlled trials to properly assess the effectiveness and safety of medical cannabis, compared with placebo and standard treatments for cancer-related symptoms.”

The molecular mechanisms underlying the antidepressant-like effects of CBD are not yet understood. Previous studies in differentiated skin cells demonstrated that CBD regulates DNA methylation, an overall repressive epigenetic mechanism. Both stress exposure and antidepressant treatment can modulate DNA methylation in the brain, and lead to gene expression changes associated with depression neurobiology.

We investigated herein if the antidepressant effect of CBD could be associated with changes in DNA methylation in the prefrontal cortex (PFC) and hippocampus (HPC) of mice submitted to the forced swimming test (FST).

Altogether, our results indicate that CBD regulates DNA methylation in brain regions relevant for depression neurobiology, suggesting that this mechanism could be related to CBD-induced antidepressant effects.”

“Over the last two decades, affirmative diagnoses of osteoarthritis in the United States have tripled due to increasing rates of obesity and an aging population.

Hemp-derived cannabidiol (CBD) is the major non-THC component of cannabis and has been promoted as a potential treatment for a wide variety of disparate inflammatory conditions.

Here we evaluated CBD for its ability to modulate the production of pro-inflammatory cytokines in vitro and in murine models of induced inflammation and further validated the ability of a liposomal formulation to increase bioavailability in mice and in humans.

Subsequently, the therapeutic potential of both naked and liposomally-encapsulated CBD was explored in a 4-week, randomized placebo-controlled, double-blinded study in a spontaneous canine model of osteoarthritis.

In vitro and in mouse models, CBD significantly attenuated the production of pro-inflammatory cytokines IL-6 and TNF-α while elevating levels of anti-inflammatory IL-10. In the veterinary study, CBD significantly decreased pain and increased mobility in a dose-dependent fashion among animals with an affirmative diagnosis of osteoarthritis.

This study supports the safety and therapeutic potential of hemp-derived CBD for relieving arthritic pain and suggests follow-up investigations in humans is warranted.”

“Cannabis has been used to relieve the symptoms of disease for thousands of years. However, social and political biases have limited effective interrogation of the potential benefits of cannabis and polarised public opinion.

Evidence is emerging for the therapeutic benefits of cannabis in the treatment of neurological and neurodegenerative diseases, with potential efficacy as an analgesic and antiemetic for the management of cancer-related pain and treatment-related nausea and vomiting, respectively.

An increasing number of preclinical studies have established that ∆9-THC can inhibit the growth and proliferation of cancerous cells through the modulation of cannabinoid receptors (CB1R and CB2R), but clinical confirmation remains lacking.

In parallel, the anti-cancer properties of non-THC cannabinoids, such as cannabidiol (CBD), are linked to the modulation of non-CB1R/CB2R G-protein-coupled receptors, neurotransmitter receptors, and ligand-regulated transcription factors, which together modulate oncogenic signalling and redox homeostasis.

Additional evidence has also demonstrated the anti-inflammatory properties of cannabinoids, and this may prove relevant in the context of peritumoural oedema and the tumour immune microenvironment. This review aims to document the emerging mechanisms of anti-cancer actions of non-THC cannabinoids.” “The pathophysiological relevance of the endocannabinoid system has been widely demonstrated in a variety of diseases including cancer, neurological disorders, and metabolic issues. Therefore, targeting the receptors and the endogenous machinery involved in this system can provide a successful therapeutic outcome.

Ligands targeting the canonical cannabinoid receptors, CB1 and CB2, along with inhibitors of the endocannabinoid enzymes have been thoroughly studied in diverse disease models. In fact, phytocannabinoids such as cannabidiol or Δ9-tetrahydrocannabinol are currently on the market for the management of neuropathic pain due to spasticity in multiple sclerosis or seizures in children epilepsy amongst others.

Expert opinion: Even if orthosteric CB1 and CB2 ligands are on the forefront in cannabinoid clinical research, emerging strategies such as allosteric or biased modulation of these receptors along with controlled off-targets effects may increase the therapeutic potential of cannabinoids.”

“Multi-target approaches could be promising strategies for the treatment of endocannabinoid system-related disorders. The authors believe that phytocannabinoids are at the forefront of future clinical research.”

“The approval of 9-δ-tetrahydocannabinol (THC)+cannabidiol (CBD) oromucosal spray (Sativex®) in Italy as an add-on medication for the management of moderate to severe spasticity in multiple sclerosis (MS) has provided a new opportunity for MS patients with drug-resistant spasticity.

We aimed to investigate the improvement of MS spasticity-related symptoms in a large cohort of patients with moderate to severe spasticity in daily clinical practice.

Our study confirmed that the therapeutic benefit of cannabinoids may extend beyond spasticity, improving spasticity-related symptoms even in non-NRS responder patients.”