“Cannabidiol (CBD), a compound obtained from Cannabis sativa, has wide range of therapeutic properties, including mitigation of diabetes and neurodegeneration.

CBD may be used as therapeutic tool to protect metabolism against injuries from diabetes aggravated by cerebral ischemia.”

“Cannabidiol (CBD), a non-euphorigenic compound derived from Cannabis, shows promise for improving recovery following cerebral ischemia and has recently been shown effective for the treatment of childhood seizures caused by Dravet and Lennox-Gastaut syndromes.

Given evidence for activity to mitigate effects of CNS insult and dysfunction, we considered the possibility that CBD may also protect and improve functional recovery of a complex learned behavior. To test this hypothesis, we have applied a songbird, the adult male zebra finch, as a novel pre-clinical animal model.

Results indicate 10 and 100 mg/kg CBD effectively reduced the time required to recover vocal phonology and syntax. In the case of phonology, the magnitude of microlesion-related disruptions were also reduced. 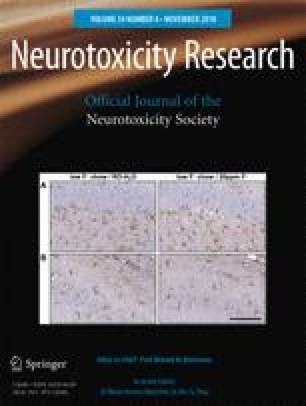 Cannabidiol (CBD) is a phytocannabinoid present in the Cannabis sativa plant. It has beneficial effects on both cerebral ischemic diseases and diabetes.

We have recently reported that diabetes interacted synergistically with aging to increase neuroinflammation and memory deficits in rats subjected to CCH.

The present study investigated whether CBD would alleviate cognitive decline and affect markers of inflammation and neuroplasticity in the hippocampus in middle-aged diabetic rats submitted to CCH.

These results suggest that the neuroprotective effects of CBD in middle-aged diabetic rats subjected to CCH are related to a reduction in neuroinflammation. However, they seemed to occur independently of hippocampal neuroplasticity changes.”

“MAGL (monoacylglycerol lipase) is an enzyme that hydrolyzes the endocannabinoid 2-arachidonoylglycerol and regulates the production of arachidonic acid and prostaglandins-substances that mediate tissue inflammatory response. Here, we have studied the effects of the selective MAGL inhibitors JZL184 and MJN110 and their underlying molecular mechanisms on 3 different experimental models of focal cerebral ischemia.

Pharmacological inhibition of MAGL significantly attenuated infarct volume and hemispheric swelling. MAGL inhibition also ameliorated sensorimotor deficits, suppressed inflammatory response, and decreased the number of degenerating neurons. These beneficial effects of MAGL inhibition were not fully abrogated by selective antagonists of cannabinoid receptors, indicating that the anti-inflammatory effects are caused by inhibition of eicosanoid production rather than by activation of cannabinoid receptors.

Our results suggest that MAGL may contribute to the pathophysiology of focal cerebral ischemia and is thus a promising therapeutic target for the treatment of ischemic stroke.”

“Ischemia not only activates cell death pathways but also triggers endogenous protective mechanisms. However, it is largely unknown what is the essence of the endogenous neuroprotective mechanisms induced by preconditioning. In this study we demonstrated that systemic injection of JZL195, a selective inhibitor of eCB clearance enzymes, induces in vivo long-term depression at CA3-CA1 synapses and at PrL-NAc synapses produces neuroprotection. JZL195-elicited long-term depression is blocked by AM281, the antagonist of cannabinoid 1 receptor (CB1R) and is abolished in mice lacking cannabinoid CB1 receptor (CB1R) in astroglial cells, but is conserved in mice lacking CB1R in glutamatergic or GABAergic neurons. Blocking the glutamate NMDA receptor and the synaptic trafficking of glutamate AMPA receptor abolishes both long-term depression and neuroprotection induced by JZL195. Mice lacking CB1R in astroglia show decreased neuronal death following cerebral ischemia. Thus, an acute elevation of extracellular eCB following eCB clearance inhibition results in neuroprotection through long-term depression induction after sequential activation of astroglial CB1R and postsynaptic glutamate receptors.”

“The poor survival of cells in ischemic sites diminishes the therapeutic efficacy of stem cell therapy. Previously we and others have reported that Cannabinoid receptor type II (CB2) is protective during heart ischemic injury for its anti-oxidative activity. However, whether CB2 activation could improve the survival and therapeutic efficacy of stem cells in ischemic myocardium and the underlying mechanisms remain elusive.

Here, we showed evidence that CB2 agonist AM1241 treatment could improve the functional survival of adipose-derived mesenchymal stem cells (AD-MSCs) in vitro as well as in vivo. Moreover, AD-MSCs adjuvant with AM1241 improved cardiac function, and inhibited cardiac oxidative stress, apoptosis and fibrosis. To unveil possible mechanisms, AD-MSCs were exposed to hydrogen peroxide/serum deprivation to simulate the ischemic environment in myocardium.

Results delineated that AM1241 blocked the apoptosis, oxidative damage and promoted the paracrine effects of AD-MSCs. Mechanistically, AM1241 activated signal transducers and activators of transcription 3 (Stat3) through the phosphorylation of Akt and ERK1/2. Moreover, the administration of AM630, LY294002, U0126 and AG490 (inhibitors for CB2, Akt, ERK1/2 and Stat3, respectively) could abolish the beneficial actions of AM1241.

Our result support the promise of CB2 activation as an effective strategy to optimize stem cell-based therapy possibly through Stat3 activation.”

“It has been suggested that the endocannabinoid system elicits neuroprotection against excitotoxic brain damage.

In the present study the therapeutic potential of AM 404 on ischaemia-induced neuronal injury was investigated in vivo and compared with that of the classical cannabinoid receptor type 1 (CB1) agonist, Δ9-tetraydrocannabinol (THC), using a model of transient global cerebral ischaemia in the gerbil.

Our findings demonstrate that AM 404 and THC reduce neuronal damage caused by bilateral carotid occlusion in gerbils and that this protection is mediated through an interaction with CB1 and opioid receptors.

Endocannabinoids might form the basis for the development of new neuroprotective drugs useful for the treatment of stroke and other neurodegenerative pathologies.

There is some evidence from experiments with mice that increasing anandamide or 2-arachidonoyl glycerol content may lead to neuroprotection.

Collectively, our data demonstrate that AM 404 and THC protect against neuronal ischaemia-induced injury through a mechanism involving cannabinoid and opioid receptors but not vanilloid receptors.”

The aim of this study was to evaluate the involvement of CB2R in the behavioural and biochemical underpinnings related to brain damage induced by HI in adult mice, and the mechanisms involved.

Our results indicate that CB2R may have a crucial neuroprotective role following HI insult through the modulation of the inflammatory-related HIF-1α/TIM-3 signalling pathway in microglia.”

These results suggested that the neuroprotective effect of cannabidiol may be related to the increase in CBF through the serotonergic 5-HT1A receptor.” “Deficient bioenergetics and diminished redox conservation have been implicated in the development of cerebral ischemia/reperfusion injury.

In this study, the mechanisms underlying the neuroprotective effects of cannabidiol (CBD), a nonpsychotropic compound derived from Cannabis sativa with FDA-approved antiepilepsy properties, were studied in vitro using an oxygen–glucose-deprivation/reperfusion (OGD/R) model in a mouse hippocampal neuronal cell line.

This study is the first to document the neuroprotective effects of CBD against OGD/R insult, which depend in part on attenuating oxidative stress, enhancing mitochondrial bioenergetics, and modulating glucose metabolism via the pentose-phosphate pathway, thus preserving both energy and the redox balance.

Cannabidiol (CBD) is a nonpsychoactive cannabinoid derived from Cannabis sativa and a weak CB1 and CB2 cannabinoid receptor antagonist, with very low toxicity for humans. It has recently been demonstrated in vivo and in vitro that CBD has a variety of therapeutic properties, exerting antidepressant, anxiolytic, anti-inflammatory, immunomodulatory, and neuroprotective effects.  Our results provide novel insight into the neuroprotective properties of CBD, which involves the regulation of the mitochondrial bioenergetics and the glucose metabolism of hippocampal neurons during OGD/R injury.

In summary, our results suggest that CBD exerts a potent neuroprotective effect against ischemia/reperfusion injury by attenuating intracellular oxidative stress, enhancing mitochondrial bioenergetics, and optimizing glucose metabolism via the pentose-phosphate pathway, thus strengthening the antioxidant defenses and preserving the energy homeostasis of neurons. More in-depth studies are required to investigate the precise mechanism underlying the success of CBD treatment and to determine the actual role of CBD in cerebral ischemia.”  https://www.ncbi.nlm.nih.gov/pmc/articles/PMC5247568/

“Cannabidiol may soon be used in the emergency room to fight effects of stroke and cardiac emergencies” http://www.naturalnews.com/2017-02-21-cannabidiol-may-soon-be-used-in-the-emergency-room-to-fight-effects-of-stroke-cardiac-emergencies.html