“Alcohol is a psychoactive substance highly used worldwide, whose harmful use might cause a broad range of mental and behavioural disorders. Underlying brain impact, the neuroinflammatory response induced by alcohol is recognised as a key contributing factor in the progression of other neuropathological processes, such as neurodegeneration. These sequels are determined by multiple factors, including age of exposure.

Indeed, specific modulations of the expanded endocannabinoid system have been proved to exert anti-inflammatory effects, primarily through the CB2 and PPARγ signalling. Among them, some endo- and exogeneous cannabinoids can block certain pro-inflammatory mediators, such as NF-κB, thereby neutralizing the neuroinflammatory intracellular cascades.

Furthermore, a number of cannabinoids are able to activate complementary anti-inflammatory pathways, which are necessary for the transition from chronically overactivated microglia to a regenerative microglial phenotype. Thus, cannabinoid modulation provides cooperative anti-inflammatory mechanisms that may be advantageous to resolve a pathological neuroinflammation in an alcohol-dependent context.” 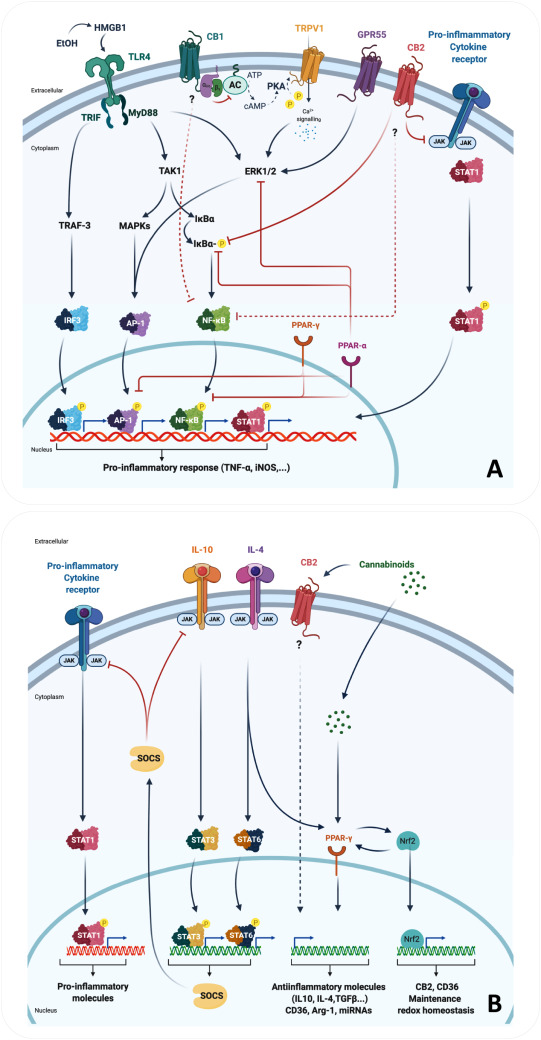 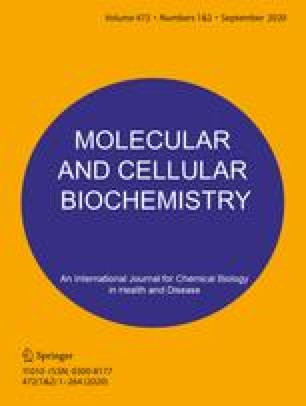 The present study examines whether CBD has a protective effect on METH-induced conditioned place preference (CPP) in rats by regulating the Sigma1R and AKT-GSK3β-CREB signaling pathway.

The present study found that METH can induce CPP in rats. When a pretreatment of CBD is applied, the CBD can weaken CPP in METH-induced rats by regulating the SigmaR1/AKT/GSK-3β/CREB signaling pathway.

The results of this study indicate that CBD has a potential therapeutic effect on METH-induced rewarding effects.”

To evaluate the prevalence of electrocardiogram (ECG) abnormalities in marijuana users as an indirect measure of subclinical cardiovascular disease (CVD).

Cumulative marijuana use was not associated with ECG abnormalities.

“Cannabinoids may have an important therapeutic potential for the treatment of dependence on crack cocaine.

Cannabidiol (CBD), in particular, has anxiolytic, antipsychotic and anticonvulsant properties and plays a role in regulating motivation circuitry and controlling sleep disorders. Several studies were performed evaluating CBD in experimental models for cocaine.

This systematic review aims evaluate the potential use of CBD in the treatment of cocaine use disorder.

Major findings: Fifty-one studies were analyzed, and 14 were selected. No studies conducted with humans were found; only one clinical trial was ongoing. The results were grouped into the following categories: cocaine self-administration, brain-stimulation reward, conditioned place preference, neuronal proliferation, anxiety, hepatic protection, anticonvulsant effect and locomotor sensitization response Only four studies had a low risk of bias. CBD promotes reduction on cocaine self-administration. Also, it interferes in cocaine induce brain reward stimulation and dopamine release. CBD promotes alteration in contextual memory associated with cocaine and in the neuroadaptations, hepatotoxicity and seizures induced by cocaine.

Conclusion: The evidence indicates that CBD is a promising adjunct therapy for the treatment of cocaine dependence due to its effect on: cocaine reward effects, cocaine consumption, behavioral responses, anxiety, neuronal proliferation, hepatic protection and safety. Moreover, clinical trials are strongly required to determine whether the findings in animal models occur in humans diagnosed for cocaine or crack cocaine use disorder.”

“CBD is a promising adjunct therapy for the treatment of cocaine dependence. CBD promotes reduction on cocaine self-administration.”

“Alcohol use disorders affect millions of people worldwide and there is growing evidence that excessive alcohol intake causes severe damage to the brain of both humans and animals.

Numerous studies on chronic alcohol exposure in animal models have identified that many functional impairments are associated with the hippocampus, which is a structure exhibiting substantial vulnerability to alcohol exposure. However, the precise mechanisms that lead to structural and functional impairments of the hippocampus are poorly understood.

“In the last years, clinical and preclinical researchers have increased their interest in non-psychotomimetic cannabinoids, like cannabidiol (CBD), as a strategy for treating psychostimulant use disorders. However, there are discrepancies in the pharmacological effects and brain targets of CBD.

We evaluated if CBD was able to prevent the locomotor sensitization elicited by cocaine and caffeine co-administration. The effect of CBD on putative alterations in the metabolic activity of the medial prefrontal cortex (mPFC) and nucleus accumbens (NAc), and its respective subregions (cingulated, prelimbic, and infralimbic cortices, and NAc core and shell) associated to the behavioral response, was also investigated.

Rats were intraperitoneally and repeatedly treated with CBD (20 mg/kg) or its vehicle, followed by the combination of cocaine and caffeine (Coc+Caf; 5 mg/kg and 2.5 mg/kg, respectively) or saline for 3 days. After 5 days of withdrawal, all animals were challenged with Coc+Caf (day 9). Locomotor activity was automatically recorded and analyzed by a video-tracking software.

The metabolic activity was determined by measuring cytochrome oxidase-I (CO-I) staining. Locomotion was significantly and similarly increased both in Veh-Coc+Caf- and CBD-Coc+Caf-treated animals during the pretreatment period (3 days); however, on day 9, the expression of the sensitization was blunted in CBD-treated animals. A hypoactive metabolic response and a hyperactive metabolic response in mPFC and NAc subregions respectively were observed after the behavioral sensitization.

CBD prevented almost all these changes.

Our findings substantially contribute to the understanding of the functional changes associated with cocaine- and caffeine-induced sensitization and the effect of CBD on this process.”

We examine the association between implementation of state cannabis laws and prescribing patterns for opioids by orthopaedic surgeons in Medicare Part D patients between 2013 and 2017.

Orthopaedic surgeons are among the highest prescribers of opioids, highlighting the importance of providing nonopioid analgesic alternatives in efforts to reduce opioid use in the patient cohort. This study is the first to examine the association between implementation of state cannabis laws and prescribing patterns for opioids by orthopaedic surgeons in Medicare Part D patients.”

“An emerging area of preclinical research has investigated whether drug use in parents prior to conception influences drug responsivity in their offspring.

The present work sought to further characterize such effects with cannabis by examining whether a parental THC history modified locomotor sensitization to morphine and self-administration of heroin in adult progeny.

The present data indicate that parental THC exposure alters the reinforcing properties of heroin in a sex-specific manner. As such, mild to moderate cannabis use during adolescence may alter heroin abuse liability for males in the subsequent generation, but have limited effects on females.”

“Four states have legalized medical cannabis for the purpose of treating opioid use disorder. It is unclear whether cannabinoids improve or exacerbate opioid withdrawal. A more thorough examination of cannabis and its impact on specific symptoms of opioid withdrawal is warranted.

These results show that cannabis may improve opioid withdrawal symptoms and that the size of the effect is clinically meaningful. It is important to note that symptoms are exacerbated with cannabis in only a minority of individuals. Prospectively designed studies examining the impact of cannabis and cannabinoids on opioid withdrawal are warranted.”