“Purpose of review: To evaluate the impact of flavonoids and cannabinoids as anti-inflammatory and antiallergic treatments on the anterior surface of the eye.

Recent findings: Allergic conjunctivitis and dry eye syndrome are common ocular surface diseases that have been treated with traditional pharmacological measures, e.g. corticosteroids, antihistamines. Given the side-effect profiles of these medications and the growing interest in complementary treatment modalities as part of integrative medical interventions, well known flavonoids, such as quercetin and catechin, are under investigation for topical and systemic application methods for relief. As flavonoid derivatives, pycnogenol and epigallocatechin gallate have alleviated dry eye symptoms, including lacrimal gland inflammation, tear secretion, and the stability of the tear film. Research on ocular cannabinoid receptors and response to synthetic cannabinoids are also being considered for therapy of anterior ocular disorders. The expansion of herbal formulations provides a framework for future treatment regimens for ocular surface disorders. Methods: Studies included in this review examined the connection between cannabis and the cornea, more specifically anti-nociceptive and anti-inflammatory actions of cannabinoids. NCBI Databases from 1781 up to December 2019 were consulted.

Conclusion: More than half of the studies examined the therapeutic effects of cannabinoids on the cornea. As the field is still young, more studies should be conducted to develop safe cannabinoid treatments for corneal diseases.

We examined whether allosteric ligands, can modulate CB1 signaling to reduce pain and inflammation in corneal hyperalgesia.

Corneal hyperalgesia was generated by chemical cauterization of cornea in wildtype and CB2 knockout (CB2-/-) mice. The novel racemic CB1 allosteric ligand GAT211 and its enantiomers GAT228 and GAT229 were examined alone or in combination with the orthosteric CB1 agonist Δ8-tetrahydrocannabinol (Δ8-THC). Pain responses were assessed following capsaicin (1 µM) stimulation of injured corneas at 6 h post-cauterization. Corneal neutrophil infiltration was also analyzed. GAT228, but not GAT229 or GAT211, reduced pain scores in response to capsaicin stimulation.

Combination treatments of 0.5% GAT229 or 1% GAT211 with subthreshold Δ8-THC (0.4%) significantly reduced pain scores following capsaicin stimulation. The anti-nociceptive effects of both GAT229 and GAT228 were blocked with CB1 antagonist AM251, but remained unaffected in CB2-/- mice. Two percent GAT228, or the combination of 0.2% Δ8-THC with 0.5% GAT229 also significantly reduced corneal inflammation.

“It has been hypothesized that besides its intraocular pressure (IOP) lowering potential, tetrahydrocannabinol (THC) may also improve ocular hemodynamics.

The aim of the present study was to investigate whether single oral administration of dronabinol, a synthetic THC, alters optic nerve head blood flow (ONHBF) and its regulation in healthy subjects.

The study was carried out in a randomized, placebo-controlled, double-masked, two-way crossover design in twenty-four healthy subjects. For each study participant, two study days were scheduled, on which they either received capsules containing 5mg dronabinol or placebo. ONHBF was measured with laser Doppler flowmetry at rest and while the study participants performed isometric exercise for six minutes to increase mean arterial blood pressure (MAP). This was repeated one hour after drug intake. Ocular perfusion pressure (OPP) was calculated as 2/3MAP-IOP.

Dronabinol was well tolerated and no cannabinoid-related psychoactive effects were reported.

Neither administration of dronabinol nor placebo had an effect on IOP, MAP or OPP. In contrast, dronabinol significantly increased ONHBF at rest by 9.5±8.1% whereas placebo did not show a change in ONHBF (0.3±7.4% vs. baseline, p<0.001 between study days). Dronabinol did not alter the autoregulatory response of ONHBF to isometric exercise.

In conclusion, the present data indicate that low dose dronabinol increases ONHBF in healthy subjects without affecting IOP, OPP or inducing psychoactive side effects. In addition, dronabinol does not alter the autoregulatory response of ONHBF to an experimental increase in OPP. Further studies are needed to investigate whether this effect can also be observed in glaucoma patients.” “Cannabis is the most prevalent drug in the world and its consumption is growing. Cannabinoid receptors are present in the human central nervous system. Recent studies show evidence of the effects of cannabinoids on the retina, and synthesizing the results of these studies may be relevant for ophthalmologists. Thus, this review adopts standardized, systematic review methodology to investigate the effects of exposure to cannabis and components on the retina.

This review suggests that cannabinoids may have an important role in retinal processing and function.”

“Δ9-Tetrahydrocannabinol-valine-hemisuccinate, a hydrophilic prodrug of Δ9-tetrahydrocannabinol, synthesized with the aim of improving the ocular bioavailability of the parent molecule, was investigated in a lipid-based nanoparticle dosage form for ocular delivery.

Glaucoma therapies usually focus on decreased aqueous humor production and increased outflow. However, such therapy is not curative, and there lies a need in preclinical research to focus efforts on agents that not only affect the aqueous humor dynamics but also provide neuroprotection. Historically, there have been bench-scale studies looking at retinal ganglion cell death post-axonal injury. However, for a smooth translation of this in vitro activity to the clinic, animal models examining IOP reduction, i.e., connecting the neuroprotective activity to a measurable outcome in glaucoma management (IOP), need to be investigated. This study investigated the IOP reduction efficacy of cannabinoids for glaucoma pharmacotherapy in a normotensive rabbit model, bringing forth a new class of agents with the potential of IOP reduction and improved permeation to the back of the eye, possibly providing neuroprotective benefits in glaucoma management.”

“THC has been demonstrated to be effective in glaucoma management, helping to lower IOP in human subjects after smoking marijuana; however, the molecule fails to manifest a similar effect when dosed topically. This research explores molecular bioengineering and formulation-based strategies to improve the ocular bioavailability of THC, facilitating the molecule to translate into a dosage form capable of demonstrating a desired IOP-lowering effect even on topical application. These studies suggest that formulation development efforts along with prodrug derivatization can effectively improve the overall ocular bioavailability of THC. Thus, THC-VHS represents a potential new therapy option for the treatment and management of glaucoma by virtue of its superiority in lowering IOP when compared to antiholinergic and beta blockers, as studied in this model.”
https://tvst.arvojournals.org/article.aspx?articleid=2751570

“The cannabinoid 2 receptor (CB2R) is a promising anti-inflammatory drug target and development of selective CB2R ligands may be useful for treating sight-threatening ocular inflammation. This study examined the pharmacology of three novel chemically-diverse selective CB2R ligands. These unique ligands are potent and selective for CB2R and have good immunomodulating actions in the eye. The data generated with these three structurally-diverse and highly-selective CB2R agonists support selective targeting of CB2R for treating ocular inflammatory diseases.”
https://www.ncbi.nlm.nih.gov/pubmed/31540271
https://www.mdpi.com/1420-3049/24/18/3338

“Endogenous and synthetic cannabinoids have been shown to provide neuroprotection to retinal neurons in acute animal models of retinopathy.

Chronic exposure to cannabinoid receptor (CB1R) agonists has been reported to induce downregulation of the CB1R in brain and behavioral tolerance.

The aim of this study was to investigate the effect of subchronic/chronic cannabinoid administration on CB1R downregulation in normal rat retina, its downstream prosurvival signaling and subsequent effect on retinal neuroprotection against AMPA excitotoxicity.

This study provides novel information regarding agonist-induced CB1R downregulation in rat retina after subchronic/chronic cannabinoid treatment, and its effect on downstream prosurvival signaling and neuroprotection.” 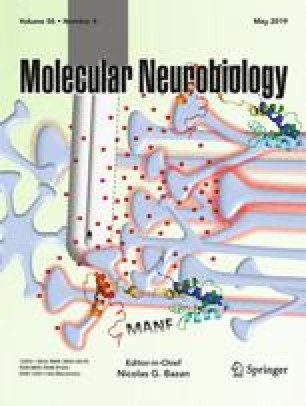 “The aim of the present research was to evaluate if the endocannabinoid system (enzymes and receptors) could be modulated by light in rod outer segment (ROS) from bovine retina. First, we analyzed endocannabinoid 2-arachidonoylglycerol (2-AG) metabolism in purified ROS obtained from dark-adapted (DROS) or light-adapted (LROS) retinas. To this end, diacylglycerol lipase (DAGL), monoacylglycerol lipase (MAGL), and lysophosphatidate phosphohydrolase (LPAP) enzymatic activities were analyzed using radioactive substrates. The protein content of these enzymes and of the receptors to which cannabinoids bind was determined by immunoblotting under light stimulus. Our results indicate that whereas DAGL and MAGL activities were stimulated in retinas exposed to light, no changes were observed in LPAP activity. Interestingly, the protein content of the main enzymes involved in 2-AG metabolism, phospholipase C β1 (PLCβ1), and DAGLα (synthesis), and MAGL (hydrolysis), was also modified by light. PLCβ1 content was increased, while that of lipases was decreased. On the other hand, light produced an increase in the cannabinoid receptors CB1 and CB2 and a decrease in GPR55 protein levels. Taken together, our results indicate that the endocannabinoid system (enzymes and receptors) depends on the illumination state of the retina, suggesting that proteins related to phototransduction phenomena could be involved in the effects observed.”

“Challenges in the management of ocular pain are an underappreciated topic. Currently available therapeutics lack both efficacy and clear guidelines for their use, with many also possessing unacceptable side effects. Promising novel agents would offer analgesic, anti-inflammatory, and possibly neuroprotective actions; have favorable ocular safety profiles; and show potential in managing neuropathic pain.

Growing evidence supports a link between the endocannabinoid system (ECS) and a range of physiological and disease processes, notably those involving inflammation and pain. Both preclinical and clinical data suggest analgesic and anti-inflammatory actions of cannabinoids and ECS-modifying drugs in chronic pain conditions, including those of neuropathic origin.

The ECS is present ubiquitously through the body, including a range of ocular tissues, and represents a promising target in the treatment of several physiological and pathophysiologic processes in the eye including, but not limited to, pain, inflammation, and neuronal damage. ”