“This study aims to determine the frequency of coronary artery disease among young to middle aged adults presenting with chest pain who currently use marijuana as compared to nonusers.

Only 6.8% of the 146 marijuana users had evidence of coronary artery disease on coronary CT angiography. In comparison, the rate was 15.0% among the 1,274 marijuana nonusers.

A majority of marijuana users were younger than nonusers and had a lower frequency of hypertension and diabetes than nonusers.

There was no statistical difference in lipid panel values between the two groups.

Among younger patients being evaluated for chest pain, self-reported cannabis use conferred no additional risk of coronary artery disease as detected on coronary CT angiography.”

“There is no association between marijuana use and the presence of coronary artery disease on coronary CT angiography in young to middle aged patients presenting with chest pain.”

“Endo-, phyto- and synthetic cannabinoids have been proposed as promising anti-cancer agents able to impair cancer cells’ behavior without affecting their non-transformed counterparts.

However, cancer outcome depends not only on cancer cells’ activity, but also on the stromal cells, which coevolve with cancer cells to sustain tumor progression.

Here, we show for the first time that cannabinoid treatment impairs the activation and the reactivity of cancer-associated fibroblasts (CAFs), the most represented stromal component of prostate tumor microenvironment.

Overall, our data strongly support the use of cannabinoids as anti-tumor agents in prostate cancer, since they are able to simultaneously strike both cancer and stromal cells.”

“Cannabinoids are increasingly used for medicinal purposes, including neuropathy.

Gastroparesis is a neuromuscular disorder and neuropathy plays a large role in its pathogenesis. It is thus reasonable that cannabinoids can serve a beneficial role in the management of gastroparesis.

Our study evaluates the effect of cannabinoids on gastroparesis symptoms.

“In conclusion, cannabinoids dramatically improve refractory gastroparesis symptoms, including abdominal pain. Marijuana may be superior to dronabinol in improving these symptoms, though both cannabinoids seem to be promising as novel therapeutic options in gastroparesis.”

“Recent evidence suggests that cannabidiol (CBD), a non-intoxicating ingredient present in cannabis extract, has an antipsychotic effect in people with established psychosis. However, the effect of CBD on the neurocognitive mechanisms underlying psychosis is unknown.

Compared to HC, psychosis patients under PLB had altered prefrontal activation during verbal encoding, as well as altered mediotemporal and prefrontal activation and greater mediotemporal-striatal functional connectivity during verbal recall. CBD attenuated dysfunction in these regions such that activation under its influence was intermediate between the PLB condition and HC. CBD also attenuated hippocampal-striatal functional connectivity and caused trend-level symptom reduction in psychosis patients.

This suggests that normalization of mediotemporal and prefrontal dysfunction and mediotemporal-striatal functional connectivity may underlie the antipsychotic effects of CBD.”

“Medical marijuana is becoming widely available to patients in the U.S. and with recreational marijuana now legalized in many states, patient interest is on the rise.

The endocannabinoid system plays an important role in skin homeostasis in addition to broader effects on neurogenic responses such as pruritus and nociception, inflammation, and immune reactions. There are numerous studies of in vitro and animal models that provide insight into the possible mechanisms of cannabinoid modulation on pruritus, with the most evidence behind neuronal modulation of both peripheral itch fibers and centrally-acting cannabinoid receptors.

These preliminary human studies warrant controlled trials to confirm the benefit of cannabinoids for treatment of pruritus and to standardize treatment regimens and indications. In patients who have refractory chronic pruritus after standard therapies, cannabinoid formulations may be considered as an adjuvant therapy where it is legal.”

The Endocannabinoid system (ECS) of our body plays a key role in maintaining normal physiology of the gastrointestinal tract as well as involves abnormalities including functional diseases like IBS. This review highlights the importance of the Endocannabinoid system, its connections with the normal gastrointestinal functions and abnormalities like IBS.

It also discusses the role of cannabis as medical therapy in IBS patients.

A literature search for articles related to endocannabinoids in IBS and medical cannabis in PubMed and Google Scholar was conducted. The studies highlighted the significant participation of ECS in IBS. However, the breach in obtaining the promising therapeutic model for IBS needed further investigation in ECS and uncover other treatments for IBS.

This review summarizes ECS, highlights the relationship of ECS with IBS and explores cannabis as a potential therapy to treat IBS.” 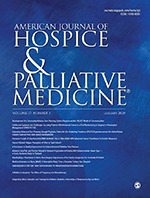 “Palliative medicine physicians are challenged by lack of guidance regarding effectiveness and dosing of cannabis products in the setting of their emerging popularity.

The aim of this study was to describe early patterns of tetrahydrocannabinol (THC) and cannabidiol (CBD) use in Florida following passage of the state’s first medical marijuana law. We describe here the perceived benefits, side effects, and beliefs expressed by patients in a single outpatient academic palliative medicine practice.

In all, 24% (14/58) of respondents reported THC use, with half using THC on a daily basis. Patients reported improvements in pain, appetite, and nausea. In all, 71% (10/14) began using THC after the diagnosis of their chronic illness, and the most common form of usage was vaping. In all, 24% (14/58) of patients reported CBD use. Patients reported improvements in pain, and the most common form of usage was topical application. None of the patients had used CBD prior to the onset of their chronic illness. In all, 21% (3/14) of THC users and 21% (3/14) of CBD users thought that their substance was helping to cure their illness. Individual reported side effects in both groups were minimal.

Approximately a quarter of outpatient palliative care patients use THC or CBD, often on a daily basis. Palliative care providers should be aware of the frequency, diverse usage, and beliefs behind cannabis product use in this patient population.”

“Chronic neuropathic pain (NEP) is associated with growing therapeutic cannabis use. To promote quality of life without psychotropic effects, cannabinoids other than Δ9-tetrahydrocannabidiol, including cannabidiol and its precursor cannabidiolic acid (CBDA), are being evaluated. Due to its instability, CBDA has been understudied, particularly as an anti-nociceptive agent. Adding a methyl ester group (CBDA-ME) significantly enhances its stability, facilitating analyses of its analgesic effects in vivo. This study examines early treatment efficacy of CBDA-ME in a rat model of peripherally induced NEP and evaluates sex as a biological variable.

In males, CBDA-ME elicited a significant concentration-dependent chronic anti-hyperalgesic effect, also influencing both nociceptive and non-nociceptive mechanoreceptors, which were not observed in females at any of the concentrations tested. 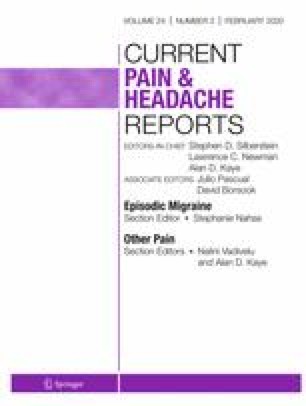 “Given the growing challenges in chronic pain management coupled with the ongoing consequences of the opioid epidemic, pain management practitioners are looking into more effective, innovative, and safer alternatives to treat pain.

Cannabis-based medicine had been described for hundreds of years but only recently have we seen the more scientific, evidence-based approach to its use, and ongoing investigations continue to explore its potential medical benefits.

By examining recent literature, we investigated the use of CBD and its potential role in pain management. Since there are currently no approved pharmaceutical products that contain CBD alone for the management of pain, this review focused on nabiximols (which is a combined product of THC/CBD in a 1:1 ratio) as the only pharmaceutical product available that contains CBD and is being used for the management of pain.

It is difficult to definitely attribute the therapeutic properties to CBD alone since it is always administered with THC.

Based on the available literature, it is difficult to make a recommendation for the use of CBD in chronic pain management. It is also important to note that there are many CBD products currently available as supplements, but these products are non-pharmaceuticals and lack the appropriate clinical studies to support their efficacy claims.”

“Abnormal cannabidiol (abn-CBD) exerts neuroprotective effects in vivo and in vitro. In the present study, we investigated the impact of abn-CBD on the glial production of proinflammatory mediators and scar formation within in vitro models. Primary astrocytic-microglial cocultures and astrocytic cultures from neonatal C57BL/6 mice and CB2 receptor knockout mice were stimulated with lipopolysaccharide (LPS), and the concentrations of tumor necrosis factor α (TNFα), interleukin-6 (IL-6) and nitrite were determined. Furthermore, we performed a live cell microscopy-based scratch-wound assay. After LPS stimulation, TNFα, IL-6 and nitrite production was more strongly increased in cocultures than in isolated astrocytes. Abn-CBD treatment attenuated the LPS-induced production of TNFα and nitrite in cocultures, while IL-6 production remained unaltered. In isolated astrocytes, only LPS-induced TNFα production was reduced by abn-CBD. Similar effects were observed after abn-CBD application in cocultures of CB2 knockout mice. Interestingly, LPS-induced TNFα and nitrite levels were far lower in CB2 knockout cultures compared to wildtypes, while IL-6 levels did not differ. In the scratch-wound assay, treatment with abn-CBD decelerated wound closure when microglial cells were present. Our data shows a differential role of abn-CBD for modulation of glial inflammation and astrocytic scar formation. These findings provide new explanations for mechanisms behind the neuroprotective potential of abn-CBD.”