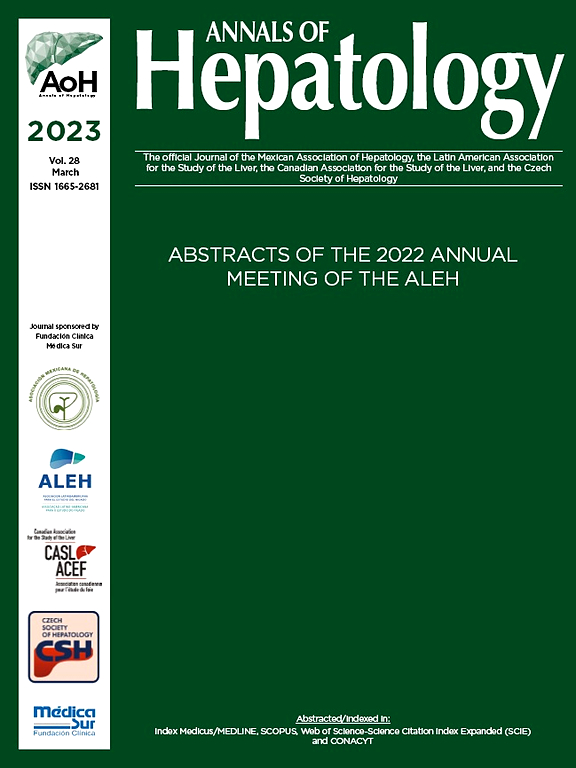 Conclusion: Cannabis use in patients with cirrhosis resulted in mixed outcomes regarding hospital admissions with hepatic decompensation. A trend towards decreased hospital utilization and mortality was noted in cannabis users after legalization. These observations need to be confirmed with a longitudinal randomized study.”

“The effectiveness of medicinal cannabis has been noted for many digestive system diseases including cirrhosis. Medicinal cannabis is associated with improved patient and hospital outcomes in cirrhotics”

Among CUs, dependent cannabis use was associated with lower prevalence of liver cirrhosis, compared to nondependent use.

Our findings suggest that cannabis use is associated with decreased incidence of liver cirrhosis, but no change in mortality nor LOS among HCV patients. These novel observations warrant further molecular mechanistic studies.”

“Although the mortality rates of cirrhosis are underestimated, its socioeconomic burden has demonstrated a significant global impact. Cirrhosis is defined by the disruption of normal liver architecture after years of chronic insult by different etiologies. Treatment modalities are recommended primarily in decompensated cirrhosis and specifically tailored to the different manifestations of hepatic decompensation. Antifibrogenic therapies are within an active area of investigation.

CB1 antagonism has also demonstrated vascular effects in patients with cirrhosis, causing an increase in arterial pressure and vascular resistance as well as a decrease in mesenteric blood flow and portal pressure, thereby preventing ascites. In mice with hepatic encephalopathy, CB1 blockade and activation of CB2 demonstrated improved neurologic score and cognitive function.

The exocannabinoid, THC, suppresses proliferation of hepatic myofibroblasts and stellate cells and induces apoptosis, which may reveal antifibrotic and hepatoprotective mechanisms. Thus, several components of the endocannabinoid system have therapeutic potential in cirrhosis.”

“1. Preparations from Cannabis sativa (marijuana) have been used for many centuries both medicinally and recreationally. 2. Recent advances in the knowledge of its pharmacological and chemical properties in the organism, mainly due to Delta(9)-tetrahydrocannabinol, and the physiological roles played by the endocannabinoids have opened up new strategies in the treatment of neurological and psychiatric diseases. 3. Potential therapeutic uses of cannabinoid receptor agonists include the management of spasticity and tremor in multiple sclerosis/spinal cord injury, pain, inflammatory disorders, glaucoma, bronchial asthma, cancer, and vasodilation that accompanies advanced cirrhosis. CB(1) receptor antagonists have therapeutic potential in Parkinson’s disease. 4. Dr. Julius Axelrod also contributed in studies on the neuroprotective actions of cannabinoids.” https://www.ncbi.nlm.nih.gov/pubmed/16699878

Manipulation of cannabinoid receptors (CB1R and CB2R), which are expressed on the gut mucosa and PMs, has been reported to modulate intestinal inflammation and systemic inflammatory cytokines release. Our study aims to explore the effects of chronic CB1R/CB2R agonist/antagonist treatments on relevant abnormalities in cirrhotic ascitic rats…

Our study suggests that CB2R agonist have the potential to treat BT and various relevant abnormalities through the inhibition of systemic/intestinal oxidative stress, inflammatory cytokines and TNFα releases in cirrhosis. Overall, chronic CB2R agonist treatment affects multiple approach mechanisms, and the direct effect on hyperdynamic circulation is only minor.”

“Endogenous cannabinoids (EC) are ubiquitous lipid signalling molecules providing different central and peripheral effects that are mediated mostly by the specific receptors CB1 and CB2. The EC system is highly upregulated during chronic liver disease and consistent experimental and clinical findings indicate that it plays a role in the pathogenesis of liver fibrosis and fatty liver disease associated with obesity, alcohol abuse and hepatitis C.

Furthermore, a considerable number of studies have shown that EC and their receptors contribute to the pathogenesis of the cardio-circulatory disturbances occurring in advanced cirrhosis, such as portal hypertension, hyperdynamic circulatory syndrome and cirrhotic cardiomyopathy.

More recently, the EC system has been implicated in the development of ascites, hepatic encephalopathy and the inflammatory response related to bacterial infection. Rimonabant, a selective CB1 antagonist, was the first drug acting on the EC system approved for the treatment of obesity. Unfortunately, it has been withdrawn from the market because of its neuropsychiatric side effects.

Compounds able to target selectively the peripheral CB1 receptors are under evaluation.

In addition, molecules stimulating CB2 receptor or modulating the activity of enzymes implicated in EC metabolism are promising areas of pharmacological research.

Liver cirrhosis and the related complications represent an important target for the clinical application of these compounds.”