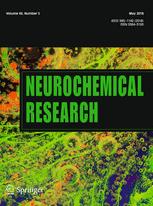 “Cannabis sativa is a plant that contains more than 500 components, of which the most studied are Δ9-tetrahydrocannabinol (Δ9-THC) and cannabidiol (CBD). Several studies have indicated that CBD displays neurobiological effects, including wake promotion.

Moreover, experimental evidence has shown that injections of CBD enhance wake-related compounds, such as monoamines (dopamine, serotonin, epinephrine, and norepinephrine). However, no clear evidence is available regarding the effects of CBD on additional wake-related neurochemicals such as acetylcholine (ACh).

Here, we demonstrate that systemic injections of CBD (0, 5, 10 or 30 mg/kg, i.p.) at the beginning of the lights-on period, increase the extracellular levels of ACh collected from the basal forebrain and measured by microdialysis and HPLC means. Moreover, the time course effects on the contents of ACh were present 5 h post-injection of CBD.

Altogether, these data demonstrate that CBD increases ACh levels in a brain region related to wake control. This study is the first to show the effects of ACh levels in CBD-treated rats and suggests that the basal forebrain might be a site of action of CBD for wakefulness modulation.” 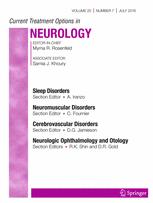 “The purpose of this review was to discuss the currently available pharmacologic and non-pharmacologic treatment options for parasomnias.

Cannabinoids proved to be effective in some of parasomnias, as in many other neurological disorders.

Prazosin and cannabinoids are effective in nightmare disorder.”

https://www.ncbi.nlm.nih.gov/pubmed/29869076
https://link.springer.com/article/10.1007%2Fs11940-018-0508-3
“Parasomnias are a category of sleep disorders that involve abnormal movements, behaviors, emotions, perceptions, and dreams that occur while falling asleep, sleeping, between sleep stages, or during arousal from sleep.”  https://en.wikipedia.org/wiki/Parasomnia

“There remains an important and unmet need for fully effective and acceptable treatments in obstructive sleep apnea (OSA). At present, there are no approved drug treatments. Dronabinol has shown promise for OSA pharmacotherapy in a small dose-escalation pilot study.

Here, we present initial findings of the Phase II PACE (Pharmacotherapy of Apnea by Cannabimimetic Enhancement) trial, a fully-blinded parallel groups, placebo-controlled randomized trial of dronabinol in patients with moderate or severe OSA.

These findings support the therapeutic potential of cannabinoids in patients with OSA. In comparison to placebo, dronabinol was associated with lower AHI, improved subjective sleepiness and greater overall treatment satisfaction. Larger scale clinical trials will be necessary to clarify the best potential approach(es) to cannabinoid therapy in OSA”   https://www.ncbi.nlm.nih.gov/pubmed/29121334

“These findings support the therapeutic potential of cannabinoids in patients with obstructive sleep apnea (OSA).” https://academic.oup.com/sleep/article-abstract/doi/10.1093/sleep/zsx184/4600041?redirectedFrom=fulltext

“Cannabinoid May Be First Drug for Sleep Apnea” https://www.medscape.com/viewarticle/891821

“There are no pharmacological treatments for obstructive sleep apnea syndrome, but dronabinol showed promise in a small pilot study. In anesthetized rats, dronabinol attenuates reflex apnea via activation of cannabinoid (CB) receptors located on vagal afferents; an effect blocked by cannabinoid type 1 (CB1) and/or type 2 (CB2) receptor antagonists. Here, using a natural model of central sleep apnea, we examine the effects of dronabinol, alone and in combination with selective antagonists in conscious rats chronically instrumented to stage sleep and measure cessation of breathing.

“Cannabinoids are derivatives that are either compounds occurring naturally in the plant, Cannabis sativa or synthetic analogs of these molecules. The first and most widely investigated of the cannabinoids is ∆9-tetrahydrocannabinol (Δ9-THC), which is the main psychotropic constituent of cannabis and undergoes significant binding to cannabinoid receptors.

Over the years, a significant number of articles have been published in the field of endogenous cannabinoids, suggesting a modulatory profile in multiple neurobiological roles of endocannabinoids. The general consensus accepts that the endogenous cannabinoid system includes natural ligands (such as anandamide and 2-AG), receptors (CB1 and CB2), and the main enzymes responsible for the hydrolysis of anandamide and 2-AG (fatty acid amide hydrolase [FAAH] and monoacylglycerol lipase [MAGL], respectively) as well as the anandamide membrane transporter (AMT).

Moreover, preliminary studies in humans have indicated that treatment with cannabinoids may decrease post-traumatic stress disorder symptoms, including nightmares. Thus, based on a review of the literature available in PubMed, this article hypothesizes a conceptual framework within which the endocannabinoid system might influence the generation of dream experiences.”

For instance, SR141716A (the CB1 cannabinoid receptor antagonist) as well as URB597 (the FAAH inhibitor) increase waking in rats whereas VDM-11 (the blocker of the AMT) enhances sleep in rodents. However, no further evidence is available regarding the neurobiological role of the endocannabinoid system in the homeostatic control of sleep.

Therefore, the aim of the current experiment was to test if SR141716A, URB597 or VDM-11 would modulate the sleep rebound after sleep deprivation. Thus, these compounds were systemically injected (5, 10, 20mg/Kg; ip; separately each one) to rats after prolonged waking. We found that SR141716A and URB597 blocked in dose-dependent fashion the sleep rebound whereas animals treated with VDM-11 displayed sleep rebound during the recovery period.

Complementary, injection after sleep deprivation of either SR141716A or URB597 enhanced dose-dependently the extracellular levels of dopamine, norepinephrine, epinephrine, serotonin, as well as adenosine while VDM-11 caused a decline in contents of these molecules.

These findings suggest that SR141716A or URB597 behave as a potent stimulants since they suppressed the sleep recovery period after prolonged waking.

It can be concluded that elements of the endocannabinoid system, such as the CB1 cannabinoid receptor, FAAH and AMT, modulate the sleep homeostasis after prolonged waking.”

“Since antiquity cannabinoids have been used as a treatment for insomnia, and the first reports in western medical literature regarding the therapeutic utility and physiological effects of cannabis preparations note their hypnogenic properties.

The hypnogenic properties of cannabis have been recognized for centuries, but endogenous cannabinoid (endocannabinoid) regulation of vigilance states is poorly characterized.

We report findings from a series of experiments in mice measuring sleep with polysomnography after various systemic pharmacological manipulations of the endocannabinoid system.

Our findings demonstrate that eCB signaling is necessary and sufficient for the control of sleep stability, but this neurotransmitter system is not necessary for sleep homeostasis.

These results support the hypothesis that endocannabinoid signaling through CB1 is necessary for NREM stability but it is not necessary for sleep homeostasis.”

“Sleep apnea, a condition affecting more than 12 million Americans, can lead to a host of health problems, including heart disease, and a new treatment containing ingredients derived from cannabis is being developed to help those with the disorder.”

These findings underscore the therapeutic potential of dronabinol (THC) in the treatment of OSA and implicate participation of both cannabinoid receptors in dronabinol’s apnea suppression effect.”