Cannabidivarin (CBDV) is a safe non-psychoactive phytocannabinoid able to activate TRPA1, a member of TRP channels superfamily, which plays a pivotal role in intestinal inflammation.

Here, we have investigated the potential intestinal anti-inflammatory effect of CBDV in mice and in biopsies from pediatric patients with active UC.

Our preclinical study shows that CBDV exerts intestinal anti-inflammatory effects in mice via TRPA1, and in children with active UC.

Since CBDV has a favorable safety profile in humans, it may be considered for possible clinical trials in patients with UC.” 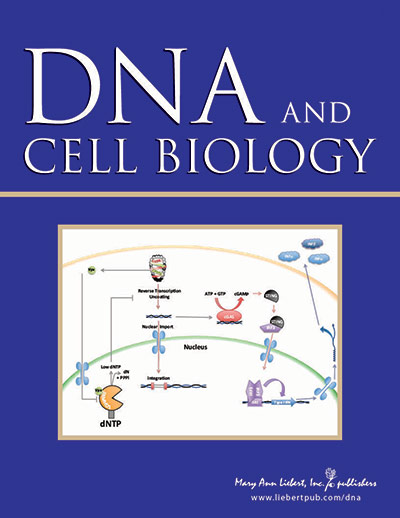 “Neutrophil trafficking into damaged or infected tissues is essential for the initiation of inflammation, clearance of pathogens and damaged cells, and ultimately tissue repair. Neutrophil recruitment is highly dependent on the stepwise induction of adhesion molecules and promigratory chemokines and cytokines.

A number of studies in animal models have shown the efficacy of cannabinoid receptor 2 (CB2) agonists in limiting inflammation in a range of preclinical models of inflammation, including colitis, atherosclerosis, multiple sclerosis, and ischemia-reperfusion injury.

Recent work in preclinical models of inflammation raises two questions: by what mechanisms do CB2 agonists provide anti-inflammatory effects during acute inflammation and what challenges exist in the translation of CB2 modulating therapeutics into the clinic.”

“Ulcerative colitis (UC) is a chronic inflammatory process that is occasionally associated with complications that cause significant morbidity and mortality.

Studies in experimental animal models have demonstrated a beneficial effect of cannabis on intestinal inflammation. It is however unknown if this corresponds to fewer complications for patients with Ulcerative Colitis.

Cannabis use may mitigate some of the well described complications of UC among hospitalized patients. Our findings need further evaluation, ideally through more rigorous clinical trials.”

“One of the most promising economic perspectives of hemp production chain is female inflorescence valorization, despite there being actually no chemical composition or biological data from water fraction. In this context, the focus of this study is the evaluation of protective effects related to hemp water flower extracts from four commercial cultivars (Futura 75, Kc virtus, Carmagnola Cs and Villanova). We evaluated the phytochemical profile through validated spectrophotometric and HPLC methods. Then, we studied the biological activity on C2C12 and HCT116 cell lines, and in an ex vivo experimental model of ulcerative colitis, constituted by isolated LPS-stimulated colon. Particularly, we assayed the blunting effects induced by hemp water extract treatment on LPS-induced levels of nitrites, malondialdehyde (MDA), prostaglandin (PG)E2and serotonin (5-HT). All tested cultivars displayed similar total phenolic and flavonoid profile. However, Futura 75 water extract displayed a better antioxidant and anti-inflammatory profile. Considering this, Futura 75 extract activity has been subsequently assayed on bacterial and fungal species involved in ulcerative colitis, finding a significant inhibition on C. albicans and selected Gram positive and negative bacterial strains. 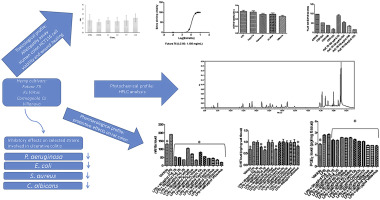 “Cannabis sativa and its extracts have been used for centuries both medicinally and recreationally. There is accumulating evidence that exogenous cannabis and related cannabinoids improve symptoms associated with inflammatory bowel disease such as pain, loss of appetite, and diarrhoea. In vivo, exocannabinoids have been demonstrated to improve colitis, mainly in chemical models. Exocannabinoids signal through the endocannabinoid system, an increasingly understood network of endogenous lipid ligands and their receptors, together with a number of synthetic and degradative enzymes and the resulting products. Modulating the endocannabinoid system using pharmacological receptor agonists, genetic knockout models, or inhibition of degradative enzymes have largely shown improvements in colitis in vivo. Despite these promising experimental results, this has not translated into meaningful benefits for human IBD in the few clinical trials which have been conducted to date. The largest study to date being limited by poor medication tolerance due to the Δ9-tetrahydrocannabinol component. This review article synthesises the current literature surrounding the modulation of the endocannabinoid system and administration of exocannabinoids in experimental and human IBD. Findings of clinical surveys and studies of cannabis use in IBD are summarised. Discrepancies in the literature are highlighted together with identifying novel areas of interest.”

“There is significant interest among patients and providers in using cannabis (marijuana) and its derivatives to treat a number of chronic illnesses, including inflammatory bowel disease. Despite the Schedule I classification of cannabis by the federal government, state governments have sought ways to make cannabis available for specific medical conditions, and some states have legalized cannabis outright. This white paper summarizes the preclinical data, clinical data, safety data, and the regulatory landscape as they apply to medical cannabis use in inflammatory bowel disease. Animal models of cannabinoid chemistry and physiology give evidence of anti-inflammatory, antidiarrheal, and nociceptive-limiting properties. Human studies have found benefit in controlling symptoms and improving quality of life, but no studies have established true disease modification given the absent improvement in biomarker profiles or endoscopic healing. Finally, this review describes the legal, regulatory, and practical hurdles to studying the risks and benefits of medical cannabis in the United States.”

“Clinical trials investigating the use of cannabinoid drugs for the treatment of intestinal inflammation are anticipated secondary to preclinical literature demonstrating efficacy in reducing inflammation.

We systematically reviewed publications on the benefit of drugs targeting the endo-cannabinoid system in intestinal inflammation.

There is abundant preclinical literature demonstrating the anti-inflammatory effects of cannabinoid drugs in inflammation of the gut.” 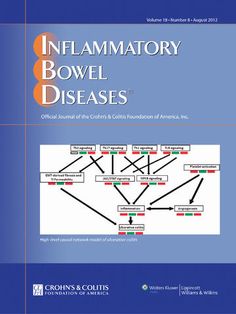 Although the primary endpoint was not reached, several signals suggest CBD-rich botanical extract may be beneficial for symptomatic treatment of UC.”

“Cannabinoid administration is associated with a number of beneficial effects in the gut including decreasing emesis, gastric acid secretion, inflammation and intestinal motility. Cannabis has been reported to produce symptom improvement in people with IBD and some patients self-medicate with cannabis.”

“Clostridium difficile toxin A is responsible for colonic damage observed in infected patients.

Drugs able to restore Clostridium difficile toxin A-induced toxicity have the potential to improve the recovery of infected patients. Cannabidiol is a non-psychotropic component of Cannabis sativa, which has been demonstrated to protect enterocytes against chemical and/or inflammatory damage and to restore intestinal mucosa integrity.

The purpose of this study was to evaluate (a) the anti-apoptotic effect and (b) the mechanisms by which cannabidiol protects mucosal integrity in Caco-2 cells exposed to Clostridium difficile toxin A.

Cannabidiol improved Clostridium difficile toxin A-induced damage in Caco-2 cells, by inhibiting the apoptotic process and restoring the intestinal barrier integrity, through the involvement of the CB1 receptor.”

“In the last decade, cannabinoids extracted from the marijuana plant (Cannabis sativa) and synthetic cannabinoids have shown numerous beneficial effects on gastrointestinal (GI) functions. Non-psychotropic phytocannabinoid cannabidiol (CBD) is one of the most interesting compounds, since it exerts a wide range of beneficial pharmacological actions on GI functions, ranging from antioxidant to antinflammatory activities. CBD has been shown to act as a non-competitive negative allosteric modulator of CB1 receptors. Notably, CBD is able to restore in vitro intestinal permeability increased by ethylenediaminetetraacetic acid (EDTA) or pro-inflammatory stimuli.

In the present study, we showed that Cannabidiol, a non-psychotropic component of Cannabis sativa significantly inhibit the apoptosis rate in TcdA-exposed cells and restores barrier function by a significant RhoA GTP rescue.

We also provide evidence that the effects of Cannabidiol are mediated by CB-1 receptor.

Given the absence of any significant toxic effect in humans, cannabidiol may ideally represent an effective adjuvant treatment for Clostridium difficile-associated colitis.”   http://journals.sagepub.com/doi/10.1177/2050640617698622