Anticancer properties of C. sativa L. have been extensively studied against various cancer cell lines but research on its effectiveness on MDR in cancer is less documented.

To determine the potential resistant reversal of the cytostatic drug doxorubicin by C. sativa L. extracts through combination studies.

DCM: methanol- and H2O extracts moderately inhibited the growth in HCT-15 and LS513 cells (IC50: 20–100 μg/ml). DCM- and H2O extracts potently inhibited HT-29 cell growth. Higher concentrations (100 μg/ml) of the hexane- and DCM- extracts slightly stimulated growth in Caco-2 cells. All the C. sativa L. extracts were more cytotoxic towards the cancerous cells than towards the normal colon cells. Combination studies between doxorubicin and the C. sativa L. extracts revealed synergistic growth inhibitory effects (CI < 1). The sensitivity to doxorubicin increased in HCT-15 and LS513 cells by 2.08- to 74.07-fold and 2.21- to 300.7-fold, respectively, compared to verapamil which improved it by 1.41-fold and 0.05-fold, respectively. 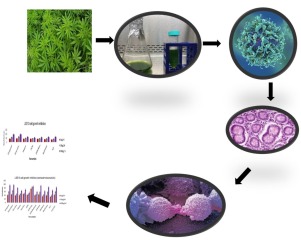 To investigate the action of cannabinoids on spasticity and pain in secondary progressive multiple sclerosis, by means of neurophysiological indexes.

We assessed 15 patients with progressive MS (11 females) using clinical scales for spasticity and pain, as well as neurophysiological variables (H/M ratio, cutaneous silent period or CSP). Testing occurred before (T0) and during (T1) a standard treatment with an oral spray containing delta‐9‐tetrahydrocannabinol (THC) and cannabidiol (CBD). Neurophysiological measures at T0 were compared with those of 14 healthy controls of similar age and sex (HC). We then compared the patient results at the two time points (T1 vs T0).

At T0, neurophysiological variables did not differ significantly between patients and controls. At T1, spasticity and pain scores improved, as detected by the Modified Ashworth Scale or MAS (P = .001), 9‐Hole Peg Test or 9HPT (P = .018), numeric rating scale for spasticity or NRS (P = .001), and visual analogue scale for pain or VAS (P = .005). At the same time, the CSP was significantly prolonged (P = .001).

The THC‐CBD spray improved spasticity and pain in secondary progressive MS patients. The spray prolonged CSP duration, which appears a promising tool for assessing and monitoring the analgesic effects of THC‐CBD in MS.”

“Epilepsy contributes to approximately 1% of the global disease burden. By affecting especially young children as well as older persons of all social and racial variety, epilepsy is a present disorder worldwide. Currently, only 65% of epileptic patients can be successfully treated with antiepileptic drugs. For this reason, alternative medicine receives more attention.

Cannabis has been cultivated for over 6000 years to treat pain and insomnia and used since the 19th century to suppress epileptic seizures.

The two best described phytocannabinoids, (-)-trans-Δ9-tetrahydrocannabinol (THC) and cannabidiol (CBD) are claimed to have positive effects on different neurological as well as neurodegenerative diseases, including epilepsy.

The mechanisms and importance of the interaction between phytocannabinoids and their different sites of action regarding epileptic seizures and their clinical value are described in this review.”

“Recent studies have shown that cannabidiol (CBD) could have a great therapeutic potential for treating disorders such as chronic pain and anxiety. In the target article, the authors propose that CBD modulates serotonergic transmission and reverses allodynia and anxiety-like behaviour in a rat model of neuropathic pain. Furthermore, this study shows an antinociceptive effect mediated by TRPV1 and partially by 5-HT1A receptors, as well as an anxiolytic effect mediated by 5-HT1A receptors.”

“Cannabidiol modulates serotonergic transmission and reverses both allodynia and anxiety-like behavior in a model of neuropathic pain”  https://pubmed.ncbi.nlm.nih.gov/30157131/

“Cannabidiol (CBD) is a major phytocannabinoid in Cannabis sativa. CBD is being increasingly reported as a clinical treatment for neurological diseases.

Febrile seizure is one of the most common diseases in children with limited therapeutic options. We investigated possible therapeutic effects of CBD on febrile seizures and the underlying mechanism.

Furthermore, CBD significantly accelerated deactivation in GluA1 and GluA2 subunits. Interestingly, CBD slowed receptor recovery from desensitization of GluA1, but not GluA2. These effects on kinetics were even more prominent when AMPAR was co-expressed with γ-8, the high expression isoform 8 of transmembrane AMPAR regulated protein (TARPγ8) in the hippocampus. The inhibitory effects of CBD on AMPAR depended on its interaction with the distal N-terminal domain of GluA1/GluA2.

CBD inhibited AMPAR activity and reduced hippocampal neuronal excitability, thereby improving the symptoms of febrile seizure in mice. The putative binding site of CBD in the N-terminal domain of GluA1/GluA2 may be a drug target for allosteric gating modulation of AMPAR.”

“Globally, chronic pain is a major therapeutic challenge and affects more than 15% of the population. As patients with painful terminal diseases may face unbearable pain, there is a need for more potent analgesics.

The association of cannabis dependence and addiction has been discussed much and the reports mentioned that it can be comparatively lower than other substances such as nicotine and alcohol. More countries have decided to legalise the medicinal use of cannabis and marijuana. Healthcare professionals should keep themselves updated with the changing state of medical cannabis and its applications.

The pharmacokinetics and safety of medical cannabis need to be studied by conducting clinical research. The complex and variable chemically active contents of herbal cannabis and methodological limitations in the administration of cannabis to study participants, make the clinical research difficult.”

“Diabetes is a chronic disease associated with a high number of complications such as peripheral neuropathy, which causes sensorial disturbances and may lead to the development of diabetic neuropathic pain (DNP). The current treatment for DNP is just palliative and the drugs may cause severe adverse effects, leading to discontinuation of treatment. Thus, new therapeutic targets need to be urgently investigated.

Studies have shown that cannabinoids have promising effects in the treatment of several pathological conditions, including chronic pain.

Thus, we aimed to investigate the acute effect of the intrathecal injection of CB1 or CB2 cannabinoid receptor agonists N-(2-chloroethyl)-5Z, 8Z, 11Z, 14Z-eicosatetraenamide (ACEA) or JWH 133, respectively (10, 30 or 100 μg/rat) on the mechanical allodynia associated with experimental diabetes induced by streptozotocin (60 mg/kg; intraperitoneal) in rats.

Cannabinoid receptor antagonists CB1 AM251 or CB2 AM630 (1 mg/kg) were given before treatment with respective agonists to confirm the involvement of cannabinoid CB1 or CB2 receptors. Rats with diabetes exhibited a significant reduction on the paw mechanical threshold 2 weeks after diabetes induction, having the maximum effect observed 4 weeks after the streptozotocin injection. This mechanical allodynia was significantly improved by intrathecal treatment with ACEA or JWH 133 (only at the higher dose of 100 μg). Pre-treatment with AM251 or AM630 significantly reverted the anti-allodynic effect of the ACEA or JWH 133, respectively. 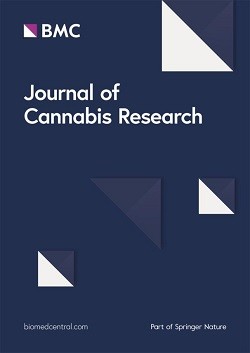 “Coronavirus disease 2019 (COVID-19) is spreading fast all around the world with more than fourteen millions of detected infected cases and more than 600.000 deaths by 20th July 2020. While scientist are working to find a vaccine, current epidemiological data shows that the most common comorbidities for patients with the worst prognosis, hypertension and diabetes, are often treated with angiotensin converting enzyme (ACE) inhibitors and angiotensin receptor blockers (ARBs).

Body: Both ACE inhibitors and ARBs induce overexpression of the angiotensin converting enzyme 2 (ACE-2) receptor, which has been identified as the main receptor used by severe acute respiratory syndrome coronavirus 2 (SARS-CoV-2) to enter into the alveolar cells of the lungs. While cannabinoids are known to reduce hypertension, the studies testing the hypotensive effects of cannabinoids never addressed their effects on ACE-2 receptors. However, some studies have linked the endocannabinoid system (ECS) with the renin angiotensin system (RAS), including a cross-modulation between the cannabinoid receptor 1 (CB1) and angiotensin II levels.

Conclusion: Since there are around 192 million people using cannabis worldwide, we believe that the mechanism underlying the hypotensive properties of cannabinoids should be urgently studied to understand if they can also lead to ACE-2 overexpression as other antihypertensive drugs do.” 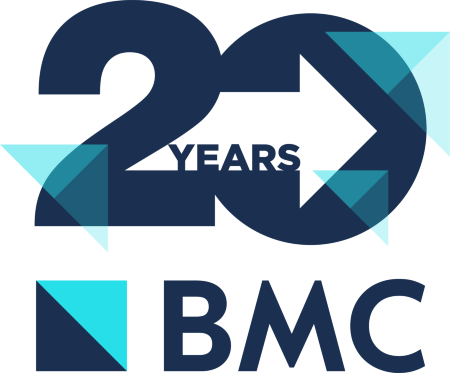 “Objective: Cannabinoids are able to reduce tumor growth in xenograft models, but their therapeutic potential as anti-cancer drugs in humans is unclear yet. In vitro studies of the effect of cannabinoids on cancer cells are often carried out in absence of serum or in low serum concentration (i.e. 0.5% serum), conditions that limit cellular growth and therefore can increase the response of cells to additional challenges such as the presence of cannabinoids. However, the tumor microenvironment can be teaming with growth factors. In this study we assessed the viability and proliferation of cancer cells treated with cannabidiol in presence of a serum concentration that commonly sustains cell growth (10% serum).

Results: The results show that cannabidiol exerts a markedly different effect on the viability of the human HT-29 cancer cell line when cultured in presence of 0.5% serum in comparison to 10% serum, displaying a cytotoxic effect only in the former situation. In presence of 10% serum, no inhibitory effect of cannabidiol on DNA replication of HT-29 cells was detected, and a weak inhibition was observed for other cancer cell lines. These results indicate that the effect of cannabidiol is cell context-dependent being modulated by the presence of growth factors.”

“The cannabis plant has a therapeutic potential to treat a wide range of diseases, including cancer.”

“Alzheimer’s disease (AD) is an irreversible chronic neurodegenerative disorder that occurs when neurons in the brain degenerate and die. Pain frequently arises in older patients with neurodegenerative diseases including AD. However, the presence of pain in older people is usually overlooked with cognitive dysfunctions. Most of the times dementia patients experience moderate to severe pain but the development of severe cognitive dysfunctions tremendously affects their capability to express the presence of pain. Currently, there are no effective treatments against AD that emphasize the necessity for increasing research to develop novel drugs for treating or preventing the disease process. Furthermore, the prospective therapeutic use of cannabinoids in AD has been studied for the past few years. In this regard, targeting the endocannabinoid system has considered as a probable therapeutic strategy to control several associated pathological pathways, such as mitochondrial dysfunction, excitotoxicity, oxidative stress, and neuroinflammation for the management of AD. In this review, we focus on recent studies about the role of cannabinoids for the treatment of pain and related neuropathological changes in AD.”

“Cannabinoids act by targeting several signaling processes, such as pain, abnormal processing of Aβ and tau, neuroinflammation, excitotoxicity, oxidative stress, and mitochondrial dysfunction, which play a pivotal role in the management of AD. Cannabinoids also ameliorate behavioral and cognitive dysfunctions. Therefore, due to these extensive medical uses of cannabinoid compounds, it can be said that targeting the endocannabinoid system can be a promising strategy to develop an effective therapy for the management of AD. Furthermore, cannabinoids may demonstrate a safe and reliable low-cost therapy, with limited side effects.”