“A mother in England reports that she secretly gave her son marijuana, and credits it with curing his leukemia, and saving the teen’s life. Callie Blackwell chose to secretly give her dying son illegally bought marijuana to help him deal with the pain and anxiety from his aggressive leukemia, because she felt he had “nothing else to lose,” The Independent reported. The drug did far more than the mother could have hoped; it not only relieved Deryn’s pain, it reportedly cured his cancer. Now, Blackwell hopes to share her family’s story in an effort to raise awareness about the healing potential of marijuana.

Deryn was first diagnosed with his severe and aggressive form of leukemia, a type of cancer that originates in the blood cells, at age 10. At 14, doctors informed him that there was nothing more they could do, and the young teen went to live out the rest of his short life in a hospice facility. However, that was three years ago, and now at 17, Deryn has fully recovered from his disease and plans to start a career in the food industry. Callie teamed up with author Karen Hockney to write The Boy in 7 Million, a book detailing the family’s experience and highlighting the potential of marijuana in cancer treatment.

There have been a number of instances where marijuana was suspected of significantly improving, and in some cases even curing cancer, but the science remains inconclusive. Research suggests that cannabinoids—chemicals found in the marijuana plants—can target and kill cancer cells in ways that drugs cannot.” http://www.medicaldaily.com/can-marijuana-cure-cancer-mom-claims-have-cured-sons-leukemia-secretly-giving-414375

‘I GAVE MY BOY CANNABIS’. Mum reveals she gave her cancer-stricken son CANNABIS in bid to ease his pain… and now he’s made a miracle recovery. Deryn Blackwell, who was expected to die, has defied doctors by surviving two deadly cancers”  https://www.thesun.co.uk/news/3181956/mum-callie-blackwell-cancer-stricken-son-deryn-cannabis/

“I gave my little boy CANNABIS to help cure his cancer: Mother reveals how her teenage son who was given days to live made a miracle recovery when she gave him the drug behind his doctors’ backs” http://www.dailymail.co.uk/femail/article-4349232/Mother-gave-young-son-cannabis-help-cure-cancer.html “‘I gave my dying son cannabis to ease his cancer symptoms and he made a miracle recovery’ reveals mum” http://www.mirror.co.uk/news/uk-news/i-gave-dying-son-cannabis-10103387

“I Secretly Gave My Son Cannabis to Save His Life | This Morning”  https://www.youtube.com/watch?v=qqvJOAV7oAc&t=4s

“Mum claims cannabis cured son’s cancer after he was given days to live. A MUM has claimed that cannabis cured her son’s terminal cancer.”  http://www.dailystar.co.uk/showbiz-tv/hot-tv/600294/cannabis-cures-cancer-this-morning-holly-willoughby

“As teenage boy ‘beats’ cancer with cannabis oil here are nine illnesses the drug could ‘cure’. Deryn Blackwell’s parents secretly gave him the class B drug to ease his pain and anxiety as he underwent gruelling treatment in hospital for leukaemia and cancer.” http://www.mirror.co.uk/lifestyle/health/after-cannabis-oil-miracle-recovery-10111458

“I gave my cancer-stricken son weed and it saved his life” http://nypost.com/2017/03/26/i-gave-my-cancer-stricken-son-weed-and-it-saved-his-life/

“Teenager Dying Of Cancer Survives After His Mother Gives Him A Dose Of Marijuana” http://www.indiatimes.com/health/buzz/teenager-dying-of-cancer-survives-after-his-mother-gives-him-a-dose-of-marijuana-274499.html

“Mother risked 14 years in prison to smuggle cannabis into hospital for dying son – and she claims it saved his life.‘” http://metro.co.uk/2017/10/23/mother-risked-14-years-in-prison-to-smuggle-cannabis-into-hospital-for-dying-son-and-she-claims-it-saved-his-life-7021003/
“Teen boy ‘saved by cannabis’ reveals how his mum’s illegal drug-buying stopped him from dying. Deryn Blackwell, from Norfolk, was sent to a hospice shortly after his 14th birthday to live out his final few days. He was frail and in extraordinary pain after a relentless battle with a one in a billion form of cancer, Langerhans cell sarcoma. But after his parents secretly gave him cannabis oil to ease his pain and anxiety, he made a miracle recovery. Today, Deryn – who had also battled leukaemia – is a happy and healthy 17-year-old student, with friends and a girlfriend.” http://www.mirror.co.uk/tv/tv-news/teen-boy-saved-cannabis-reveals-11393969 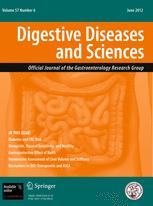 “Cannabidiol (CBD) is an anti-inflammatory cannabinoid shown to be beneficial in a mouse model of IBD. Lacking any central effect, cannabidiol is an attractive option for treating inflammatory diseases. In this study of moderately active Crohn’s disease, CBD was safe but had no beneficial effects. This could be due to lack of effect of CBD on Crohn’s disease, but could also be due to the small dose of CBD, the small number of patients in the study, or the lack of the necessary synergism with other cannabinoids.”  https://www.ncbi.nlm.nih.gov/pubmed/28349233

“Cannabis (Cannabis sativa) plants produce and accumulate a terpene-rich resin in glandular trichomes, which are abundant on the surface of the female inflorescence.

Bouquets of different monoterpenes and sesquiterpenes are important components of cannabis resin as they define some of the unique organoleptic properties and may also influence medicinal qualities of different cannabis strains and varieties.

Transcriptome analysis of trichomes of the cannabis hemp variety ‘Finola’ revealed sequences of all stages of terpene biosynthesis. Nine cannabis terpene synthases (CsTPS) were identified in subfamilies TPS-a and TPS-b.

Functional characterization identified mono- and sesqui-TPS, whose products collectively comprise most of the terpenes of ‘Finola’ resin, including major compounds such as β-myrcene, (E)-β-ocimene, (-)-limonene, (+)-α-pinene, β-caryophyllene, and α-humulene.

Transcripts associated with terpene biosynthesis are highly expressed in trichomes compared to non-resin producing tissues. Knowledge of the CsTPS gene family may offer opportunities for selection and improvement of terpene profiles of interest in different cannabis strains and varieties.”

“The current review aims to summarize the state of research on cannabis and sleep up to 2014 and to review in detail the literature on cannabis and specific sleep disorders from 2014 to the time of publication.

Preliminary research into cannabis and insomnia suggests that cannabidiol (CBD) may have therapeutic potential for the treatment of insomnia.

Novel studies investigating cannabinoids and obstructive sleep apnea suggest that synthetic cannabinoids such as nabilone and dronabinol may have short-term benefit for sleep apnea due to their modulatory effects on serotonin-mediated apneas.

CBD may hold promise for REM sleep behavior disorder and excessive daytime sleepiness, while nabilone may reduce nightmares associated with PTSD and may improve sleep among patients with chronic pain.

Research on cannabis and sleep is in its infancy and has yielded mixed results. Additional controlled and longitudinal research is critical to advance our understanding of research and clinical implications.” 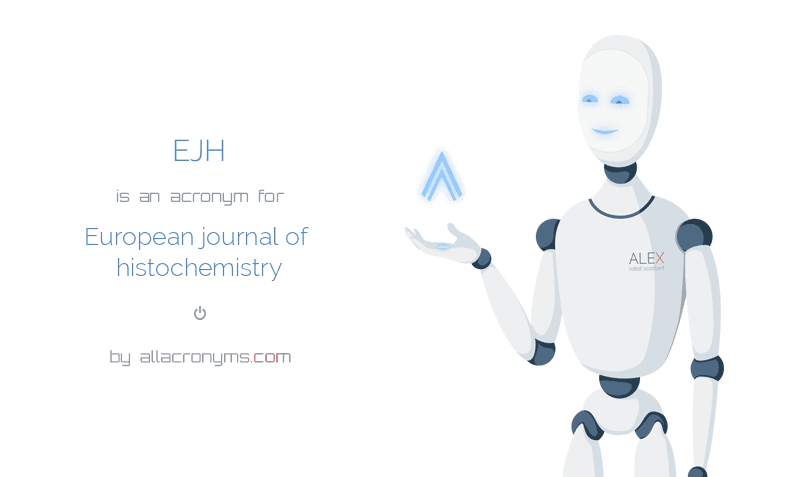 “Research in the last decades has widely investigated the anti-oxidant properties of natural products as a therapeutic approach for the prevention and the treatment of oxidative-stress related disorders.

In this context, several studies were aimed to evaluate the therapeutic potential of phytocannabinoids, the bioactive compounds of Cannabis sativa.

Here, we examined the anti-oxidant ability of Cannabigerol (CBG), a non-psychotropic cannabinoid, still little known, into counteracting the hydrogen peroxide (H2O2)-induced oxidative stress in murine RAW264.7 macrophages. In addition, we tested selective receptor antagonists for cannabinoid receptors and specifically CB1R (SR141716A) and CB2R (AM630) in order to investigate through which CBG may exert its action.

Taken together, our in vitro results showed that CBG is able to counteract oxidative stress by activation of CB2 receptors.

Based on its antioxidant activities, CBG may hold great promise as an anti-oxidant agent and therefore used in clinical practice as a new approach in oxidative-stress related disorders.”

“Stress is a ubiquitous risk factor for the exacerbation and development of affective disorders including major depression and posttraumatic stress disorder. Understanding the neurobiological mechanisms conferring resilience to the adverse consequences of stress could have broad implications for the treatment and prevention of mood and anxiety disorders. We utilize laboratory mice and their innate inter-individual differences in stress-susceptibility to demonstrate a critical role for the endogenous cannabinoid 2-arachidonoylglycerol (2-AG) in stress-resilience. Specifically, systemic 2-AG augmentation is associated with a stress-resilient phenotype and enhances resilience in previously susceptible mice, while systemic 2-AG depletion or CB1 receptor blockade increases susceptibility in previously resilient mice. Moreover, stress-resilience is associated with increased phasic 2-AG-mediated synaptic suppression at ventral hippocampal-amygdala glutamatergic synapses and amygdala-specific 2-AG depletion impairs successful adaptation to repeated stress. These data indicate amygdala 2-AG signalling mechanisms promote resilience to adverse effects of acute traumatic stress and facilitate adaptation to repeated stress exposure.” https://www.ncbi.nlm.nih.gov/pubmed/28348378

“Natural cannabinoid found to play key role in anxiety. Stress-related mood and anxiety disorders affect millions of people in the United States. A new study examines the neurobiology behind these illnesses and finds that controlling a molecule that activates cannabinoid receptors can reduce the symptoms of anxiety.” http://www.medicalnewstoday.com/articles/316682.php

“The endocannabinoid system (ECS), and agonists acting on cannabinoid receptors (CBr), are known to regulate several physiological events in the brain, including modulatory actions on excitatory events probably through N-methyl-D-aspartate receptor (NMDAr) activity.

Actually, CBr agonists can be neuroprotective.

Our results demonstrate a protective role of WIN55,212-2 on the 3-NP-induced striatal neurotoxicity that could be partially related to the ECS stimulation and induction of NMDAr hypofunction, representing an effective therapeutic strategy at the experimental level for further studies.”

“The type-1 cannabinoid receptor (CB1) is the main effector of the endocannabinoid system (ECS), which is involved in most brain and body functions. In this Perspective, we provide evidence indicating that CB1 receptor functions are key determinants of bodily coordinated exostatic processes. First, we will introduce the concepts of endostasis and exostasis as compensation or accumulation for immediate or future energy needs and discuss how exostasis has been necessary for the survival of species during evolution. Then, we will argue how different specific biological functions of the CB1 receptor in the body converge to provide physiological exostatic processes. Finally, we will introduce the concept of proactive evolution-induced diseases (PEIDs), which helps explain the seeming paradox that an evolutionary-selected physiological function can become the cause of epidemic pathological conditions, such as obesity. We propose here a possible unifying theory of CB1 receptor functions that can be tested by future experimental studies.”

We investigated whether a 1:1 combination of botanical extracts enriched in either ∆⁸-tetrahydrocannabinol (∆⁸-THC) or cannabidiol (CBD), which are the main constituents of the cannabis-based medicine Sativex®, is beneficial in R6/2 mice (a transgenic model of HD), as it was previously shown to have positive effects in neurotoxin-based models of HD.

A Sativex-like combination of phytocannabinoids administered to R6/2 mice at the onset of motor symptoms produced certain benefits on the progression of striatal deterioration in these mice, which supports the interest of this cannabinoid-based medicine for the treatment of disease progression in HD patients.”