“Conventional lung cancer treatments include surgery, chemotherapy and radiotherapy; however, these treatments are often poorly tolerated by patients. Cannabinoids have been studied for use as a primary cancer treatment. Cannabinoids, which are chemically similar to our own body’s endocannabinoids, can interact with signalling pathways to control the fate of cells, including cancer cells. We present a patient who declined conventional lung cancer treatment. Without the knowledge of her clinicians, she chose to self-administer ‘cannabidiol (CBD) oil’ orally 2-3 times daily. Serial imaging shows that her cancer reduced in size progressively from 41 mm to 10 mm over a period of 2.5 years. Previous studies have failed to agree on the usefulness of cannabinoids as a cancer treatment. This case appears to demonstrate a possible benefit of ‘CBD oil’ intake that may have resulted in the observed tumour regression. The use of cannabinoids as a potential cancer treatment justifies further research.”

“I was not very interested in traditional cancer treatments as I was worried about the risks of surgery, and I saw my late husband suffer through the side effects of radiotherapy. My relative suggested that I should try ‘cannabidiol (CBD) oil’ to treat my cancer, and I have been taking it regularly ever since. I am ‘over the moon’ with my cancer shrinking, which I believe was caused by the ‘CBD oil’. I am tolerating it very well and I intend to take this treatment indefinitely.”” “In the recent years, the application of new antitumor drugs has focused on the replacement of conventional chemotherapeutics with compounds derived from natural products.

Cannabidiol is used in the treatment of many diseases including some types of cancer.

The aim of our study was to evaluate the cytotoxic activity of cannabidiol and its effect on the process of programmed cell death. This process is directly involved in the antitumor effect of many drugs.

We found that CBD treatment led to a dose-dependant apoptosis increase in p53 positive A549 cells.

Several studies have demonstrated that cannabinoids also have antineoplastic effect and are usually accompanied with no negative side effects such as the ones produced by the conventional chemotherapy treatment.”

Conclusions: Results do not support the hypothesis that cannabis smoking inhibits quitting cigarette smoking among adults.”

“Results do not support the hypothesis that cannabis smoking inhibits quitting cigarette smoking among adults.” https://cebp.aacrjournals.org/content/early/2021/08/04/1055-9965.EPI-20-1810

“Cannabis sativa L. is a source of over 150 active compounds known as phytocannabinoids that are receiving renewed interest due to their diverse pharmacologic activities. Indeed, phytocannabinoids mimic the endogenous bioactive endocannabinoids effects through activation of CB1 and CB2 receptors widely described in the central nervous system and peripheral tissues.

All phytocannabinoids have been studied for their protective actions towards different biological mechanisms, including inflammation, immune response, oxidative stress that, altogether, result in an inhibitory activity against the carcinogenesis.

The role of the endocannabinoid system is not yet completely clear in cancer, but several studies indicate that cannabinoid receptors and endogenous ligands are overexpressed in different tumor tissues.

Recently, in vitro and in vivo evidence support the effectiveness of phytocannabinoids against various cancer types, in terms of proliferation, metastasis, and angiogenesis, actions partially due to their ability to regulate signaling pathways critical for cell growth and survival.

The aim of this review was to report the current knowledge about the action of phytocannabinoids from Cannabis sativa L. against cancer initiation and progression with a specific regard to brain, breast, colorectal, and lung cancer as well as their possible use in the therapies. We will also report the known molecular mechanisms responsible for such positive effects.

Finally, we will describe the actual therapeutic options for Cannabis sativa L. and the ongoing clinical trials.”

and Cannabis sativa (as a cannabinoid plant) are timely and required. 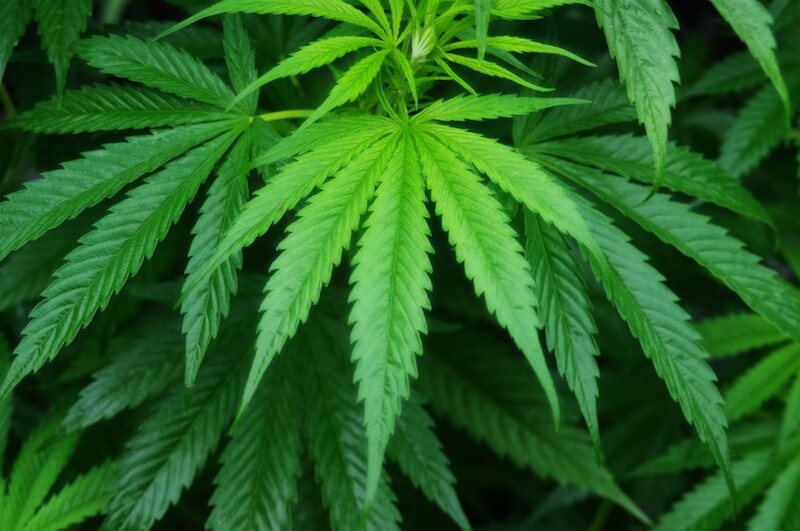 Results: Echinacea purpurea (EP) root extract induced a considerable decrease in A549 viable cells, showing a time and dose-dependent response. The cell toxicity of EP was accompanied by induction of early apoptosis and cell accumulation at the sub G1 phase of the cell cycle. The elevation of cellular ROS level and caspase 3 activity indicate ROS-induced caspase-dependent apoptosis following the treatment of A549 cells by EP extract. The observed effects of EP extract on A549 growth and death were abrogated following blockage of CB2 using AM630, a specific antagonist of the CB2 receptor. Increasing concentrations of Cannabis sativa (CS) induced A549 cell death in a time-dependent manner, followed by induction of early apoptosis, cell cycle arrest at sub G1 phase, elevation of ROS level, and activation of caspase 3. The CB2 blockage caused attenuation of CS effects on A549 cell death which revealed consistency with the effects of EP extract on A549 cells.

Conclusions: The pro-apoptotic effects of EP and CS extracts on A549 cells and their possible regulatory role of CB2 activity might be attributed to metabolites of both herbs. These effects deserve receiving more attention as alternative anti-cancer agents.”

“Both cannabinoid receptors and naturally occurring cannabinoids, known as phytocannabinoids, have potential therapeutic applications based on their pivotal roles in regulating immunologic responses, alleviating inflammation, tumor cell proliferation, angiogenesis, invasion, and migration. Based on the findings, it can be postulated that EP and CS extracts can inhibit lung cancer cell growth and induce apoptosis and should be considered as an alternative anti-cancer agent in lung cancer.” The combined use of THC and CBD confers greater benefits, as CBD enhances the effects of THC and reduces its psychotropic activity. We assessed the relationship between the expression levels of CB1 and CB2 to the clinical features of a cohort of patients with NSCLC, and the effect of THC and CBD (individually and in combination) on proliferation, EMT and migration in vitro in A549, H460 and H1792 lung cancer cell lines.

Expression levels of CB1, CB2, EGFR, CDH1, CDH2 and VIM were evaluated by quantitative reverse transcription-polymerase chain reaction. THC and CBD (10-100 μM), individually or in combination (1:1 ratio), were used for in vitro assays. Cell proliferation was determined by BrdU incorporation assay. Morphological changes in the cells were visualized by phase-contrast and fluorescence microscopy. Migration was studied by scratch recolonization induced by 20 ng/ml epidermal growth factor (EGF).

The tumor samples were classified according to the level of expression of CB1, CB2, or both. Patients with high expression levels of CB1, CB2, and CB1/CB2 showed increased survival reaching significance for CB1 and CB1/CB2 (p = 0.035 and 0.025, respectively).

Both cannabinoid agonists inhibited the proliferation and expression of EGFR in lung cancer cells, and CBD potentiated the effect of THC. THC and CBD alone or in combination restored the epithelial phenotype, as evidenced by increased expression of CDH1 and reduced expression of CDH2 and VIM, as well as by fluorescence analysis of cellular cytoskeleton.

Finally, both cannabinoids reduced the in vitro migration of the three lung cancer cells lines used.

The expression levels of CB1 and CB2 have a potential use as markers of survival in patients with NSCLC. THC and CBD inhibited the proliferation and expression of EGFR in the lung cancer cells studied. Finally, the THC/CBD combination restored the epithelial phenotype in vitro.”