“Cannabidiol (CBD), a phytochemical derived from Cannabis sativa L., has been demonstrated to exhibit promising anti-tumor properties in multiple cancer types. However, the effects of CBD on hepatocellular carcinoma (HCC) cells remain unknown. We have shown that CBD effectively suppresses HCC cell growth in vivo and in vitro, and induced HCC cell pyroptosis in a caspase-3/GSDME-dependent manner. We further demonstrated that accumulation of integrative stress response (ISR) and mitochondrial stress may contribute to the initiation of pyroptotic signaling by CBD. Simultaneously, CBD can repress aerobic glycolysis through modulation of the ATF4-IGFBP1-Akt axis, due to the depletion of ATP and crucial intermediate metabolites. Collectively, these observations indicate that CBD could be considered as a potential compound for HCC therapy.”

“Hepatocellular carcinoma (HCC) is an extremely malignant cancer, accounting for almost 95% of primary liver cancer cases. Cannabidiol (CBD), a phytochemical derived from Cannabis sativa L., has been shown to have anti-tumor activity and to be a potential compound for tumor therapy. Previous studies have demonstrated that CBD treatment could effectively induce cell apoptosis in tumor cells. In this study, we have shown that CBD can effectively suppress HCC cell growth both in vitro and in vivo, which was similar to the anti-tumor activity of CBD observed in other cancer types. In summary, a mechanistic model of CBD anti-tumor activity in HCC cell pyroptosis and growth was demonstrated. All the observations described herein reveal a novel mechanism of the anti-tumor activity of CBD in HCC cells, suggesting that CBD could be considered as a promising compound for HCC therapy.”

“Foodborne protein hydrolysates exhibit biological activity that may be therapeutic in a number of human disease settings. Hemp peptides (HP) generated by controlled hydrolysis of hemp proteins have a number of health benefits and are of pharmaceutical value. In the present study, we produce small molecular weight HP from hemp seed and investigate its anticancer properties in Hep3B human liver cancer cells. We demonstrate that HP treatment increased apoptosis, reduced cell viability, and reduced cell migration in Hep3B human liver cancer cells without affecting the normal liver cell line L02. We correlate these phenotypes with increased cellular ROS levels, upregulation of cleaved caspase 3 and Bad, and downregulation of antiapoptotic Bcl-2. HP treatment led to increased Akt and GSK-3β phosphorylation, with subsequent downregulation of β-catenin, suggesting β-catenin signaling modulation as a critical mechanism by which HP exhibits anticancer properties. Our findings suggest HP are of potential therapeutic interest for liver cancer treatment.”

“Together, these data demonstrate that HP from hemp seed protein hydrolysates display anticancer properties. Increase in cellular ROS levels represents a crucial mechanism by which HP exerts its antiproliferative and proapoptotic activity and HP treatment modulates activity of the Akt/GSK/β‐catenin signaling pathway. Our findings suggest that HP represents a promising anticancer therapy in the context of liver cancer; further investigation of the anticancer properties of foodborne protein hydrolysates is warranted.” 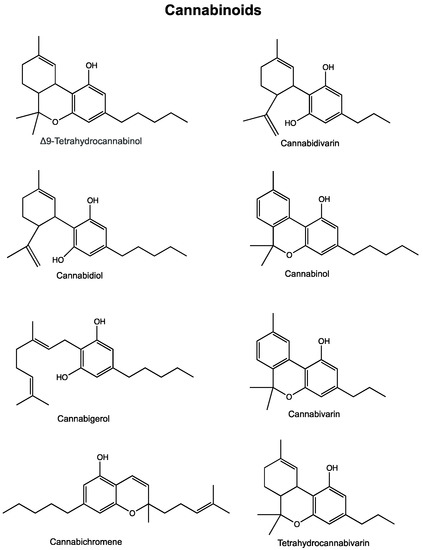 “The endogenous lipid metabolism network is associated with the occurrence and progression of malignancies.

Endocannabinoids and ceramides have demonstrated their anti-proliferative and pro-apoptotic properties in a series of cancer studies.

The aim of the present study was to evaluate the expression patterns of endocannabinoids and endogenous ceramides in 67 pairs of human hepatocellular carcinoma (HCC) tissues and non-cancerous counterpart controls.

Anandamide (AEA), the major endocannabinoid, was reduced in tumor tissues, probably due to the high expression and activity of fatty acid amide hydrolase. Another important endocannabinoid, 2-arachidonylglycerol (2-AG), was elevated in tumor tissues compared with non-tumor controls, indicating that the biosynthesis of 2-AG is faster than the degradation of 2-AG in tumor cells.

The exact role of endocannabinoids and ceramides in regulating the fate of HCC cells requires further investigation.”

“Phytocannabinoids are unique terpenophenolic compounds predominantly produced in the glandular trichomes of the cannabis plant (Cannabis sativa L.). The delta-9- tetrahydrocannabinol (THC) is the main active constituent responsible for the plant’s psychoactive effect and, together with the non- psychoactive cannabidiol (CBD), the most investigated naturally occurring cannabinoid.

The first report on the antitumor properties of cannabis compounds appeared more than forty years ago, but the potential of targeting the endocannabinoid system in cancer has recently attracted increasing interest. Our study aimed to review the last decade’s findings on the anticancer potential of plant- derived cannabinoids and the possible mechanisms of their activity.

A large body of in vitro data has been accumulated demonstrating that phytocannabinoids affect a wide spectrum of tumor cells, including gliomas, neuroblastomas, hepatocarcinoma as well as skin, prostate, breast, cervical, colon, pancreatic, lung and hematological cancer.

It has been found that they can stop the uncontrolled growth of cancer cells through the cell-cycle arrest, inhibition of cell proliferation and induction of autophagy and apoptosis. They can also block all the steps of tumor progression, including tumor cell migration, adhesion and invasion as well as angiogenesis. The observed effects are mainly mediated by the cannabinoid CB1 and/or CB2 receptors, although some other receptors and mechanisms unrelated to receptor stimulation may also be involved.

The majority of available animal studies confirmed that phytocannabinoids are capable of effectively decreasing cancer growth and metastasis in vivo. THC was found to be effective against experimental glioma, liver, pancreatic, breast and lung cancer while CBD showed activity against glioma and neuroblastoma, melanoma, colon, breast, prostate and lung cancer. Further in vitro and in vivo studies also greatly support their use in combination with traditional chemotherapy or radiotherapy, which results in improved efficiency, attenuated toxicity or reduced drug resistance.

Taken together most of available preclinical results emphasize the extensive therapeutic potential of THC and CBD in various types of cancers. The potential clinical interest of cannabinoids is additionally suggested by their selectivity for tumor cells as well as their good tolerance and the absence of normal tissue toxicity, which are still the major limitations of most conventional drugs. The accumulated preclinical evidence strongly suggests the need for clinical testing of cannabinoids in cancer patients.” 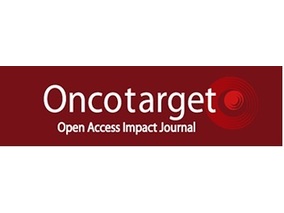