“Background: Sepsis, caused by a dysregulated host response to infections, can lead to cardiac arrhythmias. However, the mechanisms underlying sepsis-induced inflammation, and how inflammation provokes cardiac arrhythmias, are not well understood. We hypothesized that CBD may ameliorate lipopolysaccharides (LPS)-induced cardiotoxicity via Toll-like receptor 4 (TLR-4) and cardiac sodium channels (Nav1.5).

Methods and results: We incubated human immune cells (THP-1 macrophages) with LPS for 24 hours, then extracted the THP-1 incubation media. ELISA assay showed that LPS (1 or 5 μg/ml), in a concentration-dependent manner, or MPLA (TLR-4 agonist, 5 μg/ml) stimulated the THP-1 cells to release inflammatory cytokines (TNF-α and IL-6). Prior incubation (4 hours) with cannabidiol (CBD: 5 μM) or C34 (TLR-4 antagonist: 5 μg/ml) inhibited LPS and MPLA-induced release of both IL-6 and TNF-α. Human induced pluripotent stem cell-derived cardiomyocytes (hiPSC-CM) were subsequently incubated for 24 hours in the media extracted from THP-1 cells incubated with LPS, MPLA alone, or in combination with CBD or C34. Voltage-clamp experiments showed a right shift in the voltage dependence of Nav1.5 activation, steady state fast inactivation (SSFI), increased persistent current and prolonged in silico action potential duration in hiSPC-CM incubated in the LPS or MPLA-THP-1 media. Co-incubation with CBD or C34 rescued the biophysical dysfunction caused by LPS and MPLA.

Conclusion: Our results suggest that CBD may protect against sepsis-induced inflammation and subsequent arrhythmias through (i) inhibition of the release of inflammatory cytokines, antioxidant and anti-apoptotic effects and/or (ii) direct effect on Nav1.5.”

“Natural cannabinoids may have beneficial effects on various tissues and functions including a positive influence on the immune system and the inflammatory process.

The purpose of this study was to investigate the effects of natural cannabinoids on the production of pro-inflammatory cytokines by lipopolysaccharide (LPS)-stimulated whole human blood cells.

Levels of the pro-inflammatory cytokines interleukin-1β (IL-1β), interleukin-6 (IL-6), and tumor necrosis factor-α (TNF-α) were measured before and after exposure of LPS-stimulated whole blood to different concentrations of Cannabidiol (CBD) or a combination of CBD and Tetrahydrocannabinol (THC) extract.

This study demonstrates that natural cannabinoids significantly suppress pro-inflammatory cytokine production in LPS-stimulated whole blood in a dose-dependent manner. The use of human whole blood, rather than isolated specific cells or tissues, may closely mimic an in vivo sepsis environment.

These findings highlight the role that natural cannabinoids may play in suppressing inflammation and call for additional studies of their use as possible novel therapeutic agents for acute and chronic inflammation.”

“Septic lung injury is one of main causes of high mortality in severe patients. Inhibition of excessive inflammatory response is considered as an effective strategy for septic lung injury.

Whether CB2 can be used as a therapeutic target for septic lung injury is unclear. The aim of this study is to explore the role of CB2 in sepsis and its potential mechanism.

These results suggest that CB2 serves as a protective target for septic lung injury by decreasing inflammatory factors, which is associated with the enhancement of autophagy.”

“Uncontrolled infection and increased inflammatory mediators might cause systemic inflammatory response. It is already known that Cannabinoid Type 2 (CB2) receptors, which are commonly expressed in immune cells and in many other tissues, have an effect on the regulation of immune response.

In the present study of ours, the effects of CB2 receptor agonist JWH-133 was investigated on cecal ligation and puncture (CLP)-induced polymicrobial sepsis model in rats.

In the present study, it was determined that the CB2 receptor agonist JWH-133 decreases the CLP-induced inflammation, and reduces the damage in brain, lung, liver and heart.

Our findings show the therapeutic potential of the activation of CB2 receptors with JWH-133 in sepsis.”

“CB2 receptors are expressed in many tissues including immune cells. Activation of CB2 receptors has been shown to have anti-inflammatory effect.” 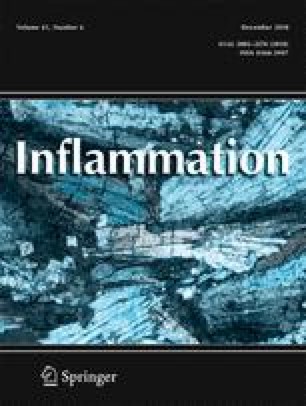 “Sepsis is a life-threatening condition with high mortality rates that is caused by dysregulation of the host response to infection. We previously showed that treatment with the cannabinoid CB1 receptor antagonist rimonabant reduced mortality rates in animals with sepsis that was induced by cecal ligation and puncture (CLP). This improvement in the survival rate appeared to be related to an increase in arginine vasopressin (AVP) levels 12 h after CLP.

The present study investigated the effects of rimonabant on organ dysfunction, hematologic parameters, and vascular reactivity in male Wistar rats with sepsis induced by CLP. Intraperitoneal treatment with rimonabant (10 mg/kg, 4 h after CLP) abolished the increase in the plasma levels of lactate, lactate dehydrogenase, glucose, and creatinine kinase MB without altering hematological parameters (i.e., leukopenia and a reduction of platelet counts). CLP increased plasma levels of nitrate/nitrite (NOx) and induced vasoconstriction in the tail artery. The treatment of CLP rats with rimonabant did not alter NOx production but reduced the vasoconstriction. Rimonabant also attenuated the hyperreactivity to AVP induced by CLP without affecting hyporesponsiveness to phenylephrine in aortic rings.

These results suggest that rimonabant reduces organ dysfunction during sepsis, and this effect may be related to AVP signaling in blood vessels. This effect may have contributed to the higher survival rate in rimonabant-treated septic animals.”

“Sepsis is a clinical condition resulting from a dysregulated immune response to an infection that leads to organ dysfunction. Despite numerous efforts to optimize treatment, sepsis remains to be the main cause of death in most intensive care units.

Cannabinoid receptor 2 (CB2R) activation is immunosuppressive, which might be beneficial during the hyper-inflammatory phase of sepsis.

Beta-caryophyllene (BCP) is a non-psychoactive natural cannabinoid (phytocannabinoid) found in Cannabis sativa and in essential oils of spices and food plants, that acts as a selective agonist of CB2R.

We propose BCP administration as novel treatment to reduce hyper-inflammation in human sepsis.” “Sepsis is life-threatening organ dysfunction caused by a dysregulated host response to infection. It is the most common cause of death among critically ill patients in non-coronary intensive care units and the incidence continues to rise. Although advanced management was applied, the prognosis of sepsis patients remains poor.

As a G-protein coupled receptor, cannabinoid receptor 2 (CB2R) was implicated in a wide variety of diseases. In this study, we aimed to investigate the role of CB2R in sepsis.

With the anti-inflammatory and immunomodulatory effects, CB2R is a novel and promising therapeutic target in the management of sepsis. Indeed, specific CB2R agonists have been reported to attenuate leukocyte recruitment, oxidative burst, systemic inflammatory mediator release, bacteremia, and lung tissue damage, while improving survival in different sepsis models.

In addition, autophagy has also been implicated in the protective role of CB2R activation in sepsis. However, almost all of the current outcomes result from animal studies or in vitro cultured cells. Due to the lack of clinical evidence and the ambiguous mechanisms underlying, the clinical application of CB2R stimulation in sepsis is limited. Further studies are needed to delineate the therapeutic effect and the related-pathways of CB2R agonists in sepsis.”

“Sepsis is a clinical condition resulting from a dysregulated immune response to an infection that leads to organ dysfunction. Despite numerous efforts to optimize treatment, sepsis remains to be the main cause of death in most intensive care units.

The endogenous cannabinoid system (ECS) plays an important role in inflammation. Cannabinoid receptor 2 (CB2R) activation is immunosuppressive, which might be beneficial during the hyper-inflammatory phase of sepsis.

Beta-caryophyllene (BCP) is a non-psychoactive natural cannabinoid (phytocannabinoid) found in Cannabis sativa and in essential oils of spices and food plants, that acts as a selective agonist of CB2R.

We propose BCP administration as novel treatment to reduce hyper-inflammation in human sepsis.”

“Sepsis represents a dysregulated immune response to infection, with a continuum of severity progressing to septic shock. This dysregulated response generally follows a pattern by which an initial hyperinflammatory phase is followed by a state of sepsis-associated immunosuppression.

Major challenges in improving sepsis care include developing strategies to ensure early and accurate identification and diagnosis of the disease process, improving our ability to predict outcomes and stratify patients, and the need for novel sepsis-specific treatments such as immunomodulation.

Biomarkers offer promise with all three of these challenges and are likely also to be the solution to determining a patient’s immune status; something that is critical in guiding effective and safe immunomodulatory therapy. Currently available biomarkers used in sepsis lack sensitivity and specificity, among other significant shortcomings.

The endocannabinoid system (ECS) is an emerging topic of research with evidence suggesting a ubiquitous presence on both central and peripheral tissues, including an intrinsic link with immune function. This review will first discuss the state of sepsis biomarkers and lack of available treatments, followed by an introduction to the ECS and a discussion of its potential to provide novel biomarkers and treatments.”