“Cannabis sativa L. turned out to be a valuable source of chemical compounds of various structures, showing pharmacological activity. The most important groups of compounds include phytocannabinoids and terpenes.

The synergism of action of phytochemicals present in Cannabis sp. raw material is also expressed in their increased bioavailability and penetration through the blood-brain barrier. This review provides an overview of phytochemistry and pharmacology of compounds present in Cannabis extracts in the context of the current knowledge about their synergistic actions and the implications of clinical use in the treatment of selected diseases.” 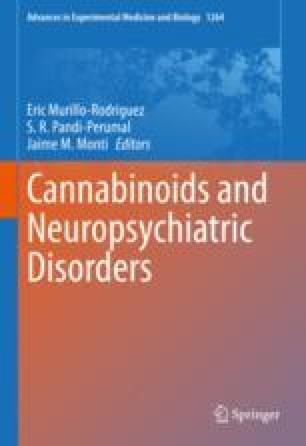 “The Cannabis sativa plant has been used medicinally and recreationally for thousands of years, but recently only relatively some of its constituents have been identified.

There are more than 550 chemical compounds in cannabis, with more than 100 phytocannabinoids being identified, including Δ9-tetrahydrocannabinol (THC) and cannabidiol (CBD).

These phytocannabinoids work by binding to the cannabinoid receptors, as well as other receptor systems. Also within cannabis are the aromatic terpenes, more than 100 of which have been identified.

Cannabis and its constituents have been indicated as therapeutic compounds in numerous medical conditions, such as pain, anxiety, epilepsy, nausea and vomiting, and post-traumatic stress disorder.

This chapter provides an overview of some of the biological effects of a number of the cannabinoids and terpenes, as well as discussing their known mechanisms of action and evidence of potential therapeutic effects.”

Although cannabinergic medications have been used in certain treatment-resistant populations, FDA-approved cannabinoid antiemetics are associated with undesirable side effects, including cognitive disruption, that limit their prescription. Previous studies have shown that a metabolically stable analog of the endocannabinoid anandamide, methanandamide (mAEA), may produce lesser cognitive disruption than that associated with the primary psychoactive constituent in cannabis, Δ9-tetrahydrocannabinol (Δ9-THC), raising the possibility that endocannabinoids may offer a therapeutic advantage over currently used medications.

The present studies were conducted to evaluate this possibility by comparing the antiemetic effects of Δ9-THC (0.032-0.1 mg/kg) and mAEA (3.2-10.0 mg/kg), against nicotine- and lithium chloride (LiCl)-induced emesis and prodromal hypersalivation in squirrel monkeys.

These studies systematically demonstrate for the first time the antiemetic effects of cannabinoid agonists in nonhuman primates. Importantly, although Δ9-THC produced superior antiemetic effects, the milder cognitive effects of mAEA demonstrated in previous studies suggests that it may provide a favorable treatment option under clinical circumstances in which antiemetic efficacy must be balanced against side-effect liability.

SIGNIFICANCE STATEMENT: Emesis has significant evolutionary value as a defense mechanism against ingested toxins; however, it is also one of the most common adverse symptoms associated with both disease and medical treatments of disease. The development of improved anti-emetic pharmacotherapies has been impeded by a paucity of animal models.

The present studies systematically demonstrate for the first time the antiemetic effects of the phytocannabinoid Δ9-tetrahydrocannabinol and endocannabinoid-analog methanandamide in nonhuman primates.”

Objectives: To utilise these compounds to manage nausea in the clinic, we must determine if their effectiveness is maintained when injected subcutaneously (s.c) and when repeatedly administered. First, we compared the effectiveness of each of these compounds to reduce conditioned gaping following repeated (7-day) and acute (1-day) pretreatments and whether these anti-nausea effects were mediated by the 5-HT1A receptor. Next, we assessed whether the effectiveness of these compounds can be maintained when administered prior to each of 4 conditioning trials (once per week). We also evaluated the ability of repeated CBD (7 days) to reduce LiCl-induced vomiting in Suncus murinus. Finally, we examined whether acute CBD was equally effective in male and female rats.

Conclusion: When administered repeatedly (7 days), CBD, CBDA and HU-580 did not lose efficacy in reducing nausea and continued to act via agonism of the 5-HT1A receptor. When administered across 4 weekly conditioning trials, they maintained their effectiveness in reducing LiCl-induced nausea. Repeated CBD also reduced vomiting in shrews. Finally, CBD’s anti-nausea effects were similar in male and female rats. This suggests that these cannabinoids may be useful anti-nausea and anti-emetic treatments for chronic conditions, without the development of tolerance.” 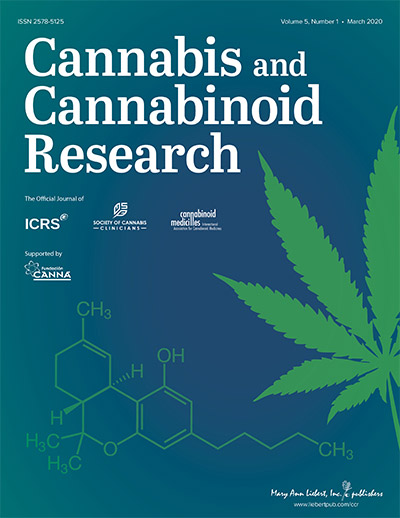 “Cannabis-derived medicinal products (CDMPs) have antiemetic properties and in combination with opioids have synergistic analgesic effects in part signaling through the delta and kappa opioid receptors.

The objective of this patient and public involvement program was to determine perception of perioperative CDMPs in our local population to inform design of a clinical trial.

Consensus was that potential benefits of CDMPs were attractive compared with the known risk profile of opioid use. Decrease in opioid dependence was agreed to be an appropriate clinical end-point for a randomized controlled clinical trial and there was concurrence of positive opinion of a therapeutic schedule of 5 days.

The perception of postoperative CDMP therapy was overwhelmingly positive in this West London population. The data from this thematic analysis will inform protocol development of clinical trials to determine analgesic and antiemetic efficacy of CDMPs.”

“Many anti-nausea treatments are available for chronic gastrointestinal syndromes, but data on efficacy and comparative effectiveness are sparse.

To conduct a sectional survey study of patients with chronic nausea to assess comparative effectiveness of commonly used anti-nausea treatments.

One hundred and fifty-three patients completed the survey. The mean efficacy score of all anti-nausea treatments evaluated was 1.73. After adjustment, three treatments had scores statically higher than the mean, including marijuana (2.75, p < 0.0001), ondansetron (2.64, p < 0.0001), and promethazine (2.46, p < 0.0001). Several treatments, including many neuromodulators, complementary and alternative treatments, erythromycin, and diphenhydramine had scores statistically below average. Patients with more severe nausea responded better to marijuana (p = 0.036) and diphenhydramine (p < 0.001) and less so to metoclopramide (p = 0.020). There was otherwise no significant differential response by age, gender, nausea localization, underlying gastrointestinal cause of nausea, and GCSI. 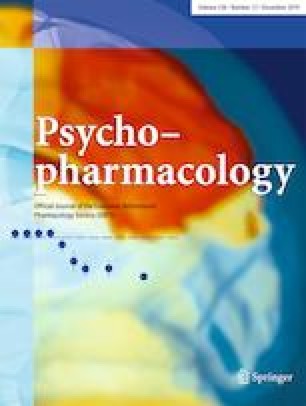 “Cannabis use for medicinal purposes was first documented in 2900 BC in China, when Emperor Shen Nong described benefit for rheumatism and malaria and later in Ancient Egyptian texts.

Discussion in medical journals, the mainstream and social media around the use of cannabis for medicinal and non-medicinal purposes has increased recently, especially following the legalisation of cannabis for recreational use in Canada and the UK government’s decision to make cannabis-based medicines (CBMs) available for prescription by doctors on the specialist register.

The actual, social and economic legitimisation of cannabis and its medicinal derivatives makes it likely increasing numbers of patients will present on this class of medicines. Perioperative physicians will require a sound understanding of their pharmacology and evidence base, and may wish to exploit this group of compounds for therapeutic purposes in the perioperative period.

The increasing availability of cannabis for both recreational and medicinal purposes means that anaesthetists will encounter an increasing number of patients taking cannabis-based medications. The existing evidence base is conflicted and incomplete regarding the indications, interactions and long-term effects of these substances.

Globally, most doctors have had little education regarding the pharmacology of cannabis-based medicines, despite the endocannabinoid system being one of the most widespread in the human body.

Much is unknown, and much is to be decided, including clarifying definitions and nomenclature, and therapeutic indications and dosing. Anaesthetists, Intensivists, Pain and Perioperative physicians will want to contribute to this evidence base and attempt to harness such therapeutic benefits in terms of pain relief and opiate-avoidance, anti-emesis and seizure control.

We present a summary of the pharmacology of cannabis-based medicines including anaesthetic interactions and implications, to assist colleagues encountering these medicines in clinical practice.”

“In summary, cannabinoids may improve pain relief as part of multi-modal approach. As the evidence base increases, CBMs could become part of the perioperative teams’ armamentarium to help provide an opiate sparing multimodal analgesia regime as well as having a role in the management of common post-operative complications such as nausea and vomiting.”

Cisplatin-evoked emesis is predominantly due to release of serotonin and substance P (SP) in the gut and the brainstem which subsequently stimulate their corresponding 5-HT3-and neurokinin NK1-receptors to induce vomiting. Δ9-THC can inhibit vomiting caused either by the serotonin precursor 5-HTP, or the 5-HT3 receptor selective agonist, 2-methyserotonin.

In the current study, we explored whether Δ9-THC and related CB1/CB2 receptor agonists (WIN55,212-2 and CP55,940) inhibit vomiting evoked by SP (50 mg/kg, i.p.) or the NK1 receptor selective agonist GR73632 (5 mg/kg, i.p.). Behavioral methods were employed to determine the antiemetic efficacy of cannabinoids in least shrews.

Our results showed that administration of varying doses of Δ9-THC (i.p. or s.c.), WIN55,212-2 (i.p.), or CP55,940 (i.p.) caused significant suppression of SP-evoked vomiting in a dose-dependent manner. When tested against GR73632, Δ9-THC also dose-dependently reduced the evoked emesis.

The antiemetic effect of Δ9-THC against SP-induced vomiting was prevented by low non-emetic doses of the CB1 receptor inverse-agonist/antagonist SR141716A (<10 mg/kg). We also found that the NK1 receptor antagonist netupitant can significantly suppress vomiting caused by a large emetic dose of SR141716A (20 mg/kg). 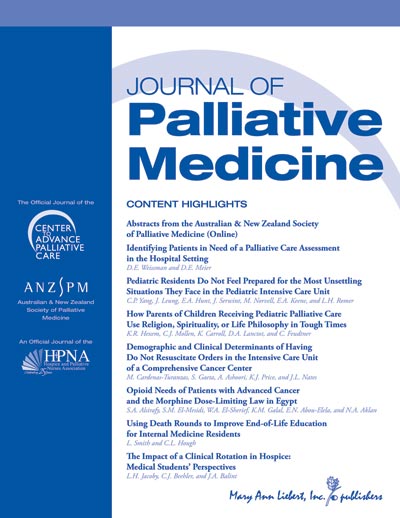