“Researchers at Hebrew University have found that extracts from the cannabis plant can help strengthen human bones, preventing osteoporosis, according to an Israel21c report.”

“Peripheral cannabinoid receptor, CB2, regulates bone mass… These results demonstrate that the endocannabinoid system is essential for the maintenance of normal bone mass by osteoblastic and osteoclastic CB2 signaling. Hence, CB2 offers a molecular target for the diagnosis and treatment of osteoporosis, the most prevalent degenerative disease in developed countries.” http://www.ncbi.nlm.nih.gov/pmc/articles/PMC1334629/

These results demonstrate that the endocannabinoid system is essential for the maintenance of normal bone mass by osteoblastic and osteoclastic CB2 signaling.

Hence, CB2 offers a molecular target for the diagnosis and treatment of osteoporosis, the most prevalent degenerative disease in developed countries.” 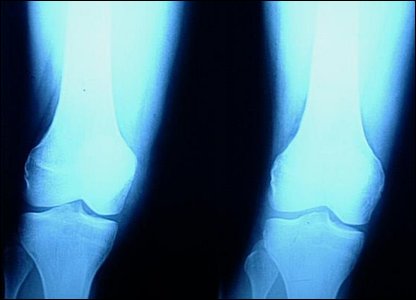 “Age-related osteoporosis is characterized by reduced bone formation and accumulation of fat in the bone marrow compartment.

Here, we report that the type 1 cannabinoid receptor (CB1) regulates this process…

The CB1 receptor is therefore unique in that it regulates peak bone mass through an effect on osteoclast activity, but protects against age-related bone loss by regulating adipocyte and osteoblast differentiation of bone marrow stromal cells.” 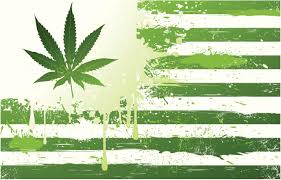 “The biology of the endocannabinoid system in the brain provides a possible basis for a beneficial pharmacological effect of marijuana on seizures.

However, evidence for efficacy of cannabis treatment of epilepsy is anecdotal because no acceptable randomized controlled trials have been done.

Cannabis is safer than other controlled substances, including tobacco or alcohol, and appears to be relatively safe compared with most pharmaceuticals used to treat epilepsy.”

Collectively, the current results show that pharmacological increases in endogenous AEA and 2-AG simultaneously through inhibition of FAAH and MAGL, respectively, mimics the discriminative stimulus effects of Δ9 -THC.”

“The results of this study seemed to indicate that the interaction between cannabinoid, COX-2 and NOS(s) systems might exist…

Concomitant administration of small doses of CB1 and/or CB2 receptor agonists and COX-2 or NOS inhibitors can be effective in the alleviation of diabetic neuropathic pain.”

“Marijuana derived from the plant Cannabis sativa has been used for the treatment of many gastrointestinal (GI) disorders, including anorexia, emesis, abdominal pain, diarrhea, and others.

These receptors may play a role in the regulation of food intake, nausea and emesis, gastric secretion and gastroprotection, GI motility, ion transport, visceral sensation, intestinal inflammation, and cell proliferation in the gut.

…the regulation of nausea and vomiting by cannabinoids and the endocannabinoid system has shed new knowledge in this field.

Novel drug targets such as FAAH and monoacylglycerol lipase (MAGL) inhibitors appear to be promising in animal models, but more studies are necessary to prove their efficiency.

The promise of emerging drugs that are more selective and peripherally acting suggest that, in the near future, cannabinoids will play a major role in managing an array of GI diseases.”

“…there is increasing attention being given in the media as well as in the biomedical sciences to the use as analgesic agents of the crude extracts of plants of the genus Cannabis (eg, marijuana) and their active ingredient delta 9-tetrahydrocannabinol (Δ9-THC).

The clinical findings pointing to the usefulness of the cannabinoids for pain relief are supported by a growing body of evidence from basic science investigations addressing the possible efficacy and mechanisms of action of the cannabinoids in animal models of acute or chronic pain.

These preclinical findings add to the growing evidence that cannabinoid receptor agonists may be effective agents for the treatment of neuropathic pain and other types of pain.

They also point to their possible clinical utility in acute or chronic orofacial pain conditions, and thereby suggest an affirmative answer applies to the question posed in the title of this editorial.”

“Vulnerability to drug addiction depends upon the interactions between the biological make-up of the individual, the environment, and age. These interactions are complex and difficult to tease apart.

Since dopamine is involved in the rewarding effects of drugs of abuse, it is postulated that innate differences in mesocorticolimbic pathway can influence the response to drug exposure.

In particular, higher and lower expression of dopamine D2 receptors in the ventral striatum (i.e. a marker of dopamine function) have been considered a putative protective and risk factor, respectively, that can influence one’s susceptibility to continued drug abuse as well as the transition to addiction.

This phenomenon, which is phylogenetically preserved, appears to be a compensatory change to increased impulse activity of midbrain dopamine neurons.

In this review, a framework for the evidence that modulation of dopamine neuronal activity plays in the context of vulnerability to drug addiction will be presented.

Furthermore, since endogenous cannabinoids serve as retrograde messengers to shape afferent neuronal activity in a short- and long-lasting fashion, their role in individual differences and vulnerability to drug addiction will be discussed.”

“There is accumulating evidence that cannabidiol (CBD) has anti-inflammatory properties that could be exploited for the symptomatic relief of IBD.