“Derivatives of the plant Cannabis sativa have been used for centuries for both medical and recreational purposes, as well as industrial. The first proof of its medicinal use comes from ancient China, although there is evidence of its earlier utilization in Europe and Asia. In the 19th century, European practitioners started to employ cannabis extracts to treat tetanus, convulsions, and mental diseases and, in 1851, cannabis made its appearance in the Pharmacopoeia of the United States as an analgesic, hypnotic and anticonvulsant. It was only in 1937 that the Marijuana Tax Act prohibited the use of this drug in the USA. The general term Cannabis is commonly used by the scientific and scholar community to indicate derivatives of the plant Cannabis sativa. The word cannabinoid is a term describing chemical compounds that are either derivate of Cannabis (phytocannabinoids) or artificial analogues (synthetic) or are produced endogenously by the body (endocannabinoids). A more casual term “marijuana” or “weed”, a compound derived from dried Cannabis flower tops and leaves, has progressively superseded the term cannabis when referred to its recreational use. The 2018 World health organisation (WHO) data suggest that nearly 2.5% of the global population (147 million) uses marijuana and some countries, such as Canada and Uruguay, have already legalised it. Due to its controversial history, the medicinal use of cannabinoids has always been a centre of debate. The isolation and characterisation of Δ9 tetrahydrocannabinol (THC), the major psychoactive component of cannabis and the detection of two human cannabinoid receptor (CBRs) molecules renewed interest in the medical use of cannabinoids, boosting research and commercial heed in this sector. Some cannabinoid-based drugs have been approved as medications, mainly as antiemetic, antianorexic, anti-seizure remedies and in cancer and multiple sclerosis patients’ palliative care. Nevertheless, due to the stigma commonly associated with these compounds, cannabinoids’ potential in the treatment of conditions such as cancer is still largely unknown and therefore underestimated.”

“Recently, there has been a growing interest in the medical applications of Cannabis plants. They owe their unique properties to a group of secondary metabolites known as phytocannabinoids, which are specific for this genus. Phytocannabinoids, and cannabinoids generally, can interact with cannabinoid receptors being part of the endocannabinoid system present in animals. Over the years a growing body of scientific evidence has been gathered, suggesting that these compounds have therapeutic potential.

In this article, we review the classification of cannabinoids, the molecular mechanisms of their interaction with animal cells as well as their potential application in the treatment of human diseases. Specifically, we focus on the research concerning the anticancer potential of cannabinoids in preclinical studies, their possible use in cancer treatment and palliative medicine, as well as their influence on the immune system. We also discuss their potential as therapeutic agents in infectious, autoimmune, and gastrointestinal inflammatory diseases.

We postulate that the currently ongoing and future clinical trials should be accompanied by research focused on the cellular and molecular response to cannabinoids and Cannabis extracts, which will ultimately allow us to fully understand the mechanism, potency, and safety profile of cannabinoids as single agents and as complementary drugs.”

“Additionally, much evidence from pre-clinical and clinical studies has been gathered over the last decade, suggesting that multiple substances produced by Cannabis plants have a therapeutic potential, including anticancer properties.”

“Plant-based therapies date back centuries. Cannabis sativa is one such plant that was used medicinally up until the early part of the 20th century.

Although rich in diverse and interesting phytochemicals, cannabis was largely ignored by the modern scientific community due to its designation as a schedule 1 narcotic and restrictions on access for research purposes. There was renewed interest in the early 1990s when the endocannabinoid system (ECS) was discovered, a complex network of signaling pathways responsible for physiological homeostasis. Two key components of the ECS, cannabinoid receptor 1 (CB1) and cannabinoid receptor 2 (CB2), were identified as the molecular targets of the phytocannabinoid Δ9-tetrahydrocannabinol (Δ9-THC).

Restrictions on access to cannabis have eased worldwide, leading to a resurgence in interest in the therapeutic potential of cannabis. Much of the focus has been on the two major constituents, Δ9-THC and cannabidiol (CBD). Cannabis contains over 140 phytocannabinoids, although only a handful have been tested for pharmacological activity. Many of these minor cannabinoids potently modulate receptors, ionotropic channels, and enzymes associated with the ECS and show therapeutic potential individually or synergistically with other phytocannabinoids.

The following review will focus on the pharmacological developments of the next generation of phytocannabinoid therapeutics.”

“Cannabinoid receptor (CB) activation can attenuate inflammatory bowel disease (IBD) in experimental models and human cohorts. However, the role of the microbiome, metabolome, or the respective contributions of hematopoietic and non-hematopoietic cells in the anti-colitic effects of cannabinoids has yet to be determined.

Methods: Female C57BL/6 mice were treated with either cannabidiol (CBD), Δ 9-tetrahydrocannabinol (THC), a combination of CBD and THC or vehicle, in several models of chemically induced colitis. Clinical parameters of colitis were assessed by colonoscopy, histology, flow cytometry and detection of serum biomarkers; single-cell RNA sequencing and qRT-PCR were used to evaluate the effects of cannabinoids on enterocytes. Immune cell transfer from CB2 knockout mice was used to evaluate the contribution of hematopoietic and non-hematopoietic cells to colitis protection.

Results: We found that THC prevented colitis, and that CBD, at the dose tested, provided little benefit to the amelioration of colitis, or when added synergistically with THC. THC increased colonic barrier integrity by stimulating mucus, tight junction and antimicrobial peptide production, and these effects were specific to the large intestine. THC increased colonic gram-negative bacteria, but the anti-colitic effects of THC were independent of the microbiome. THC acted on both immune cells via CB2 and on enterocytes to attenuate colitis.

“Melanoma causes the highest number of skin cancer-related deaths worldwide. New treatment methods are essential for the management of this life-threatening disease.

Aims: In this study, we investigated the efficacy of a standardized Cannabis sativa extract alone or in combination with single radiation dose (6 Gy) in B16F10 mouse melanoma cells in an extract dose-dependent manner.

Conclusion: Our data suggest that C. sativa extract may have significant health and physiological implications for the treatment of melanoma. The results of this study also indicate that B16F10 mouse melanoma cells are radioresistant. Taken together, these findings may lead to the identification of new therapeutic strategy for the management of melanoma.”

“Cannabis is increasingly being used for medicinal purposes but remains outside Western medical practice. Data on perioperative use and outcomes are scarce. Few surgeons receive training regarding legal endorsement, reported medicinal benefits, and potential risks, making it difficult to advise patients. Guidelines and additional research are needed.

Observations: It is legal to recommend cannabis, which can be obtained in states with medical cannabis programs. There are many methods of consumption, oral being the safest. Activity is primarily through Δ9-tetrahydrocannabinol (THC) and cannabidiol (CBD) via cannabinoid receptors, which may be potentiated when taken together in the plant or plant extract. The known effects of cannabis on inflammation and malignancy are largely limited to laboratory experiments. However, there are higher-quality data to support adjunctive use of cannabis for relief of pain, nausea, and insomnia, which may be useful postoperatively and could potentially decrease reliance on opiates and benzodiazepines. There are prospective trials in surgical patients, but no reported data regarding surgical complications or other surgical outcomes. Currently, cannabis is regulated differently than other controlled substances, and there are issues with purity/homogeneity, making it difficult for surgeons to accept or significantly explore its medical benefits.

Conclusions and relevance: Recommendations are made for surgeons advising patients who use cannabis based on the limited existing data. While cannabis likely has some therapeutic benefits, it must be treated as other medical controlled substances to truly elucidate its role in surgical patient care.”

“UV radiation is a well-established environmental risk factor known to cause oxidative stress and disrupt the metabolism of keratinocyte phospholipids. Cannabidiol (CBD) is a phytocannabinoid with anti-inflammatory and antioxidant effects.

In this study, we examined changes in the keratinocyte phospholipid profile from nude rat skin exposed to UVA and UVB radiation that was also treated topically with CBD.

In conclusion, up-regulation of PS may suggest that CBD inhibits their oxidative modification, while changes in the content of PE and SM may indicate a role of CBD in promoting autophagy and improving the status of the transepidermal barrier.” 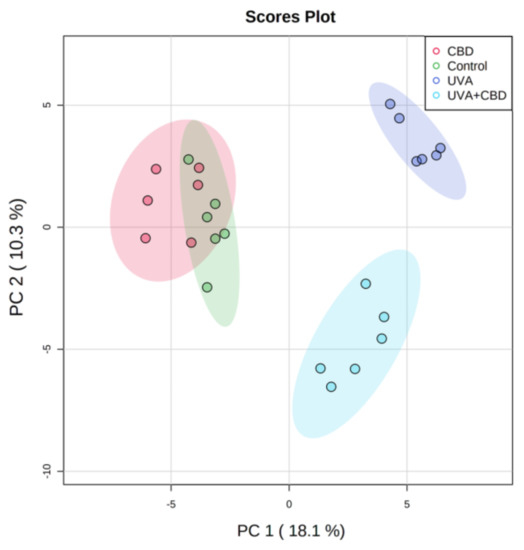 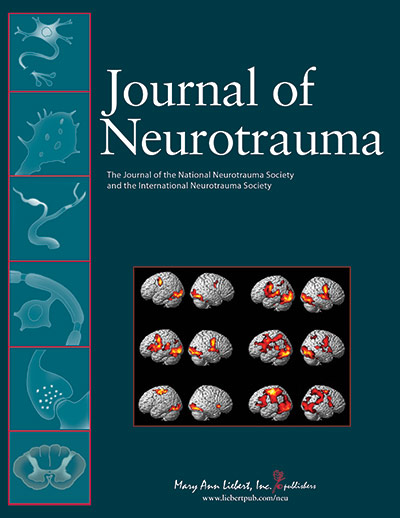 “There is not a single pharmacological agent with demonstrated therapeutic efficacy for traumatic brain injury (TBI). With recent legalization efforts and the growing popularity of medical cannabis, patients with TBI will inevitably consider medical cannabis as a treatment option.

Our review identified a paucity of high-quality studies examining the beneficial and adverse effects of medical cannabis on traumatic brain injury, with only a single Phase III randomized control trial. However, observational studies demonstrate that TBI patients are using medical and recreational cannabis to treat their symptoms, highlighting inconsistencies between public policy, perception of potential efficacy, and the dearth of empirical evidence.

We conclude that randomized controlled trials and prospective studies with appropriate control groups are necessary to fully understand the efficacy and potential adverse effects of medical cannabis for TBI.”

Results: CP in the presence of both inverse agonists (hereafter SR) almost completely inhibits the aggregation of intracellular sAβPPβf and p-Tau, increases ΔΨm, decreases oxidation of DJ-1Cys106-SH residue, and blocks the activation of c-Jun, p53, PUMA, and caspase-3 independently of CB1Rs signaling in mutant ChLNs. CP also inhibits the generation of reactive oxygen species partially dependent on CB1Rs. Although CP reduced extracellular Aβ 42, it was unable to reverse the Ca2 + influx dysregulation as a response to acetylcholine stimuli in mutant ChLNs. Exposure to anti-Aβ antibody 6E10 (1:300) in the absence or presence of SR plus CP completely recovered transient [Ca2 +]i signal as a response to acetylcholine in mutant ChLNs.

Conclusion: Taken together our findings suggest that the combination of cannabinoids, CB1Rs inverse agonists, and anti-Aβ antibodies might be a promising therapeutic approach for the treatment of familial AD.”

“It is therefore proposed that combinations of cannabinoids, anti-Aβ 42 antibodies (e.g., crenezumab), and CB1 inverse agonists might be a promising multi-target drugs for therapy in the early treatment of FAD PSEN 1 E280A ChLNs neurodegeneration.” 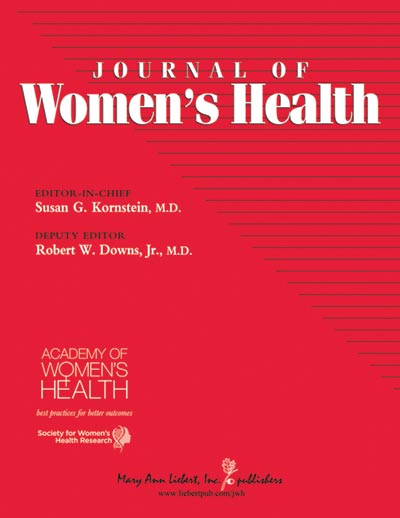 “Chronic pelvic pain (CPP) affects up to 15% of women in the United States. The endocannabinoid system is a potential pharmacological target for pelvic pain as cannabinoid receptors are highly expressed in the uterus and other nonreproductive tissues.

We hypothesize that cannabis use is common for self-management of CPP, and our primary objective was to determine the prevalence of cannabis use in this population.

Results: A total of 240 patients were approached, with 113 responses (47.1% response rate). There were 26 patients who used cannabis (23%). The majority used at least once per week (n = 18, 72%). Most users (n = 24, 96%) reported improvement in symptoms, including pain, cramping, muscle spasms, anxiety, depression, sleep disturbances, libido, and irritability. Over one-third (35%) stated that cannabis use decreased the number of phone calls or messages sent to their provider, and 39% reported decreased number of clinical visits. Side effects, including dry mouth, sleepiness, and feeling “high,” were reported by 84% (n = 21).