The type 2 cannabinoid receptor (CB2R) is an important member of the cannabinoidreceptor family of G protein-coupled receptors. In this study, we investigated the effects of the CB2R agonists HU308 and JWH133 on the deposition of newly formed extracellular matrix (ECM) and the contractility of HTFs.

Based on our results, agonistic activation of CB2R exerts a protective effect on scarring during the healing of wounds from glaucoma filtration surgery.”

Results:   IFNγ and TNFα treatment increased phosphoprotein and cytokine levels in Caco-2 cultures and colonic explants.  Phosphoprotein levels were significantly reduced by PEA or CBD in Caco-2 cultures and colonic explants.  CBD and PEA prevented increases in cytokine production in explant colon, but not in Caco-2 cells. CBD effects were blocked by the CB2antagonist AM630 and TRPV1 antagonist SB366791.  PEA effects were blocked by the PPARα antagonist GW6471.  PEA and CBD were anti-inflammatory in IBD and appendicitis explants.

Conclusion: PEA and CBD are anti-inflammatory in the human colon.  This effect is not seen in cultured epithelial cells. Appropriately sized clinical trials should assess their efficacy.”

“Cannabinoid receptors have been shown to interact with other receptors, including Tumor Necrosis Factor Receptor Superfamily (TNFRS) members, to induce cancer cell death. When cannabinoids and death-inducing ligands (including TRAIL) are administered together, they have been shown to synergize and demonstrate enhanced antitumor activity in vitro. Certain cannabinoid ligands have been shown to sensitize cancer cells and synergistically interact with members of the TNFRS, thus suggesting that the combination of cannabinoids with death receptor (DR) ligands induces additive or synergistic tumor cell death. This review summarizes recent findings on the interaction of the cannabinoid and DR systems and suggests possible clinical co-application of cannabinoids and DR ligands in the treatment of various malignancies.” 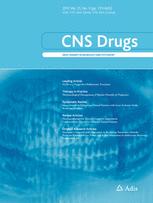 “Multiple sclerosis (MS) is a chronic inflammatory and demyelinating disorder of the central nervous system (CNS) that can cause cognition, mobility, and sensory impairments. It is considered one of the most common non-traumatic causes of disability in the world.

The aim of the present article was to review the clinical evidence related to medicinal plants in the management of MS symptoms.

C. sativa had the highest level of clinical evidence, supporting its efficacy in MS symptoms.

Proanthocyanidins, ginkgo flavone glycosides, ginsenosides, epigallocatechin-3-gallate, cannabinoids (including delta-9-tetrahydrocannabinol and cannabidiol), boswellic acid, and andrographolide were presented as the main bioactive components of medicinal plants with therapeutic benefits in MS.

The main complications of MS in which natural drugs were effective include spasticity, fatigue, scotoma, incontinence, urinary urgency, nocturia, memory performance, functional performance, and tremor. Herbal medicines were mostly well tolerated, and the adverse effects were limited to mild to moderate. Further well-designed human studies with a large sample size and longer follow-up period are recommended to confirm the role of medicinal plants and their metabolites in the management of MS.”

“An improved understanding of the endocannabinoid system has provided new avenues of drug discovery and development toward the management of pain and other behavioral maladies. Exogenous cannabinoid type-1 (CB1) receptor agonists such as Δ9-tetrahydrocannabinol are increasingly utilized for their medicinal actions; however, their utility is constrained by concern regarding abuse-related subjective effects. This has led to growing interest in the clinical benefit of indirectly enhancing the activity of the highly labile endocannabinoids N-arachidonoylethanolamine (anandamide; AEA) and/or 2-arachidonoylglycerol (2-AG) via catabolic enzyme inhibition. The present studies were conducted to determine whether such actions can lead to CB1 agonist-like subjective effects, as reflected in the presence or absence of CB1-related discriminative-stimulus effects in laboratory subjects. Squirrel monkeys (n=8) that discriminated the CB1 full agonist AM4054 (0.01 mg/kg) from vehicle were used to study, first, inhibitors of fatty acid amide hydrolase (FAAH) or monoacylglycerol lipase (MGL) alone or in combination [FAAH (URB597, AM4303); MGL (AM4301); FAAH/MGL (AM4302)] and, second, the ability of the endocannabinoids AEA and 2-AG to produce CB1 agonist-like effects when administered alone or after enzyme inhibition. Results indicate that CB1-related discriminative-stimulus effects were produced by combined, but not selective, inhibition of FAAH and MGL, and that these effects were non-surmountably antagonized by low doses of rimonabant. Additionally, FAAH- or MGL-inhibition revealed CB1-like subjective effects produced by AEA, but not 2-AG. Taken together, the present data suggest that therapeutic effects of combined, but not selective, enhancement of AEA or 2-AG activity via enzyme inhibition may be accompanied by CB1 receptor-mediated subjective effects.”

“A staggering number of Americans are dying from overdoses attributed to prescription opioid medications (POMs). In response, states are creating policies related to POM harm reduction strategies, overdose prevention, and alternative therapies for pain management, such as cannabis (medical marijuana).

The purpose of this article is to examine state medical cannabis (MC) use laws and policies and their potential association with POM use and related harms.

However, MC research is constrained by federal policy restrictions, and more research related to MC as a potential alternative to POM for pain management, MC harms, and its impact on POM related harms and healthcare costs should be a priority of public health, medical, and nursing research.”

“The use of cannabis in response to the opioid crisis: A review of the literature. Review of the current literature suggests states that implement MC policies could reduce POM-associated mortality, improve pain management, and significantly reduce health care costs.” https://www.ncbi.nlm.nih.gov/pubmed/28993073

While more research and improved study designs are needed to better identify the extent and impact of cannabis substitution on those affected by AUD, cannabis does appear to be a potential substitute for alcohol. Perhaps more importantly, cannabis is both safer and potentially less addictive than benzodiazepines and other pharmaceuticals that have been evaluated as substitutes for alcohol.”

“Sepsis is a complex immune disorder that can affect the function of almost all organ systems in the body. This disorder is characterised by a malfunctioning immune response to an infection that involves both pro-inflammatory and immunosuppressive mediators. This leads to severe damage and failure of vital organs, resulting in patient death. Sepsis, septic shock, and systemic inflammatory response syndrome are the leading causes of mortality in surgical intensive care unit patients internationally.

The current lack of viable therapeutic treatment options for sepsis underscores our insufficient understanding of this complex disease. The endocannabinoid system, a key regulator of essential physiological functions including the immune system, has recently emerged as a potential therapeutic target for sepsis treatment. The endocannabinoid system acquires its name from the plant Cannabis Sativa, which has been used medically to treat a variety of ailments, as well as recreationally for centuries. Cannabis Sativa contains more than 60 active phytocannabinoids with the primary phytocannabinoid Δ9-tetrahydrocannabinol (THC), (6) activating both endogenous endocannabinoid receptors.

Our data provide the first experimental demonstration that CBD reduces the consequences of sepsis induced by CLP in rats, by decreasing oxidative stress in peripheral organs and in the brain, improving impaired cognitive function, and decreasing mortality.”