Methods: In a pharmacogenomics study with a panel of transgenic glioma cells we observed that NFκB can be converted into a tumor suppressor by the non-psychotropic cannabinoid Cannabidiol (CBD). Subsequently, we investigated the anti-tumor effects of CBD, which is used as an anticonvulsive drug (Epidiolex) in pediatric neurology, in a larger set of human primary GBM stem-like cells (hGSC). For this study we performed pharmacological assays, gene expression profiling, biochemical and cell-biological experiments. We validated our findings using orthotopic in vivo models and bioinformatics analysis of human GBM-datasets.

Conclusions: This evidence demonstrates how a clinically approved drug can convert NFκB into a tumor suppressor and suggests a promising repurposing option for GBM-therapy.” “Uterus transplantation is a complex surgical procedure. Uterine ischemia/reperfusion (IR) damage occurring in this process may cause loss of function in the uterus. Cell damage must be prevented for a healthy uterine function and successful transplantation.

Cannabinoids, with their increasing clinical use, are substances with strong anti-inflammatory and antioxidative effects and have a role in immune system regulation. However, their efficacy in uterine IR damage is still unknown.

This study provides information on the potential applications cannabinoids agonist JWH-133 in uterine IR damage and, hence, in the transplant process.

Results: In the uterine IR group, NF-κB expression and MDA levels were detected at high levels. Histopathological examinations and TUNEL staining revealed extensive cell damage. On the other hand, in groups treated with JWH-133, dose-dependent NF-κB expression and MDA levels decreased (p < 0.05). Depending on the dose, the rate of surviving cells increased in TUNEL staining results.

Conclusion: The results showed that JWH-133 was effective in reducing uterine IR damage. Cannabinoids may be a new alternative that may be used in the transplantation process in the future.”

“In this proof-of-concept study, the antioxidant activity of phytocannabinoids, namely cannabidiol (CBD) and Δ9- tetrahydrocannabinol (THC), were investigated using an in vitro system of differentiated human neuronal SY-SH5Y cells.

Our preliminary results demonstrated that cannabis extracts and phytocannabinoids have a promising potential as antioxidants, which can be further investigated to develop novel pharmaceuticals targeting oxidative stress therapy.”

“Cannabinoids are the chemical compounds with a high affinity for cannabinoid receptors affecting the central nervous system through the release of neurotransmitters. However, the current knowledge related to the role of such compounds in the regulation of cellular aging is limited. This study aimed to investigate the effect of cannabidiol and tetrahydrocannabinol on the function of aged pancreatic islets.

Key findings: Upon the treatment of aged pancreatic islets cells with cannabidiol and tetrahydrocannabinol, the expression of p53, p38, p21 and the activity of β-galactosidase were reduced. Cannabidiol and tetrahydrocannabinol increase insulin release, Pdx1, Glut2, and thiol molecules expression, while the oxidative stress parameters were decreased. The enhanced expression of Pdx1 and insulin release in aged pancreatic islet cells reflects the extension of cell healthy aging due to the significant reduction of ROS.

Significance: This study provides evidence for the involvement of cannabidiol and tetrahydrocannabinol in the oxidation process of cellular aging.”

“Renal ischemia-reperfusion injury (IRI) is a major cause of acute kidney injury (AKI) and even induces remote organ damage.

In the current study, using the established renal IRI model of rat, we tested the hypothesis that pretreatment of URB602, 30 min before renal IRI, alleviates kidney injury and relevant distant organ damage via limiting oxidative stress and inflammation.

Taken together, our data indicate that URB602 acts as a reactive oxygen species scavenger and anti-inflammatory media in renal IRI mainly depending on the activation of CB2.”

“Cannabidiol (CBD) is one of the main pharmacologically active phytocannabinoids of Cannabis sativa L. CBD is non-psychoactive but exerts a number of beneficial pharmacological effects, including anti-inflammatory and antioxidant properties. The chemistry and pharmacology of CBD, as well as various molecular targets, including cannabinoid receptors and other components of the endocannabinoid system with which it interacts, have been extensively studied. In addition, preclinical and clinical studies have contributed to our understanding of the therapeutic potential of CBD for many diseases, including diseases associated with oxidative stress. Here, we review the main biological effects of CBD, and its synthetic derivatives, focusing on the cellular, antioxidant, and anti-inflammatory properties of CBD.” 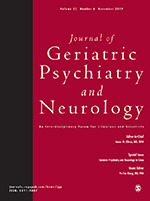 “The endocannabinoid system has been a target of interest for agitation in Alzheimer disease (AD) because of potential behavioral effects and its potential impact on mechanisms implicated in AD such as oxidative stress (OS) and neuroinflammation.

We explored whether serum markers of OS and neuroinflammation were associated with response to the cannabinoid nabilone in agitated patients with AD (N = 38).

These findings suggest that OS and neuroinflammation may be associated with agitation severity, while nabilone may have anti-inflammatory effects.”

Collectively, these results suggest that the neuro-protection effect of cannabisin F against LPS-induced inflammatory response and oxidative stress in BV2 microglia cells involves the SIRT1/NF-κB and Nrf2 pathway.”

“A large amount of fructose is metabolized in the liver and causes hepatic functional damage. Δ9 -tetrahydrocannabinol (THC) is known as a therapeutic agent for clinical and experimental applications.

The study aims to investigate the effects of THC treatment on inflammation, lipid profiles and oxidative stress in rat liver with hyperinsulinemia.

According to the result, long-term and low-dose THC administration may reduce hyperinsulinemia and inflammation in rats to some extent.”