“The level of the major endocannabinoids anandamide (AEA) and 2-arachidonoylglycerol (2-AG) are altered in several types of carcinomas, and are known to regulate tumor growth. Thusly, this study hypothesized that the HEp-2 human laryngeal squamous cell carcinoma (LSCC) cell line releases AEA and 2-AG, and aimed to determine if their exogenous supplementation has an anti-proliferative effect in vitro.

In this in vitro observational study a commercial human LSCC cell line (HEp-2) was used to test for endogenous AEA and 2-AG release via liquid chromatography-tandem mass spectrometry (LC-MS/MS). The anti-proliferative effect of AEA and 2-AG supplementation was evaluated via WST-1 proliferation assay. It was observed that the HEp-2 LSCC cell line released AEA and 2-AG; the median quantity of AEA released was 15.69 ng mL-1 (range: 14.55-15.95 ng mL-1) and the median quantity of 2-AG released was 2.72 ng -1 (range: 2.67-2.74 ng mL-1). Additionally, both AEA and 2-AG exhibited an anti-proliferative effect. The anti-proliferative effect of 2-AG was stronger than that of AEA. These findings suggest that AEA might function via a CB1 receptor-independent pathway and that 2-AG might function via a CB2-dependent pathway.

The present findings show that the HEp-2 LSCC cell line releases the major endocannabinoids AEA and 2-AG, and that their supplementation inhibits tumor cell proliferation in vitro. Thus, cannabinoid ligands might represent novel drug candidates for laryngeal cancers, although functional in vivo studies are required in order to validate their potency.”

This complex signaling system is deeply involved in the onset, progress, and symptoms of major neuropsychiatric disorders and provides a substrate for future therapeutic drugs against these diseases. Such drugs may include not only THC, the major psychotropic component of cannabis, but also other, noneuphoric plant cannabinoids.

These compounds, unlike THC, possess a wide therapeutic window, possibly due to their capability of hitting several eCBome and non-eCBome receptors. This is particularly true for cannabidiol, which is one of the most studied cannabinoids and shows promise for the treatment of a wide range of mental and mood disorders. The eCBome plays a role also in the microbiota-gut-brain axis, which is emerging as an important actor in the control of affective and cognitive functions and in their pathological alterations.”

“The inflammatory sequence is the first phase of wound healing. Macrophages (MPhs) and mesenchymal stromal cells (MSCs) respond to an inflammatory microenvironment by adapting their functional activity, which polarizes them into the pro-inflammatory phenotypes M1 and MSC1. Prolongation of the inflammatory phase results in the formation of chronic wounds. The endocannabinoid system (ECS) possesses immunomodulatory properties that may impede this cellular phenotypic switch.

Methods: We investigated the immunosuppressive influence of the endocannabinoids anandamide (AEA) and 2-arachidonoylglycerol (2-AG) on the M1 and MSC1 cytokine secretion. Lipopolysaccharides (LPS) were used as inflammagen to stimulate MPhs and MSCs. Both inflammatory phenotypes were co-exposed to AEA or 2-AG, the specific cannabinoid receptor CB2 agonist JWH-133 served as reference. The inflammatory responses were detected by CD80/163 immuno-labelling and by ELISA measures of secreted IL-6, IL-8, MIF, TNF-α, TGF-β, and VEGF.

Results: M1 cells were found positive for CD80 expression and secreted less IL-6 and IL-8 than MSC1 cells, while both cell types produced similar amounts of MIF. TNF-α release was increased by M1, and growth factors were secreted by MSC1, only. Cannabinoid receptor ligands efficiently decreased the inflammatory response of M1, while their impact was less pronounced in MSC1.

Conclusions: The ECS down-regulated the inflammatory responses of MPhs and MSCs by decreasing the cytokine release upon LPS treatment, while CB2 appeared to be of particular importance. Hence, stimulating the ECS by manipulation of endo- or use of exogenous cannabinoids in vivo may constitute a potent therapeutic option against inflammatory disorders.” 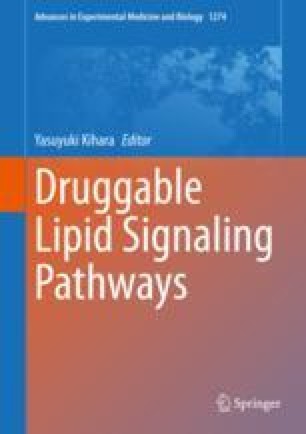 “Cannabis and cannabinoid-based extracts have long been utilized for their perceived therapeutic value, and support for the legalization of cannabis for medicinal purposes continues to increase worldwide.

Since the discovery of Δ9-tetrahydrocannabinol (THC) as the primary psychoactive component of cannabis over 50 years ago, substantial effort has been directed toward detection of endogenous mediators of cannabinoid activity. The discovery of anandamide and 2-arachidonoylglycerol as two endogenous lipid mediators of cannabinoid-like effects (endocannabinoids) has inspired exponential growth in our understanding of this essential pathway, as well as the pathological conditions that result from dysregulated endocannabinoid signaling.

This review examines current knowledge of the endocannabinoid system including metabolic enzymes involved in biosynthesis and degradation and their receptors, and evaluates potential druggable targets for therapeutic intervention.”

“Thirty years ago, the discovery of a cannabinoid (CB) receptor that interacts with the psychoactive compound in Cannabis led to the identification of anandamide, an endogenous receptor ligand or endocannabinoid. Research on endocannabinoids has since exploded, and additional receptors along with their lipid mediators and signaling pathways continue to be revealed. Specifically, in humans, the release of endocannabinoids from membrane lipids occurs on demand and the signaling process is rapidly attenuated by the breakdown of the ligand suggesting a tight regulation of the endocannabinoid system (ECS). Additionally, the varying distribution of CB receptors between the central nervous system and other tissues allows for the ECS to participate in a wide range of cognitive and physiological processes. Select plant-derived ‘phyto’cannabinoids such as Δ-9-tetrahydrocannabinol (Δ9-THC) bind to the CB receptors and trigger the ECS, and in the case of Δ9-THC, while it has therapeutic value, can also produce detrimental effects. Current research is aimed at the identification of additional phytocannabinoids with minimal psychotropic effects with potential for therapeutic development. Although decades of research on the ECS and its components have expanded our understanding of the mechanisms and implications of endocannabinoid signaling in mammals, it continues to evolve. Here, we provide a brief overview of the ECS and its overlap with other related lipid-mediated signaling pathways.”

“Therapeutic intervention in the dysregulation of the ECS will no doubt involve new phytocannabinoids and various synthetic CBs with which to control an increasing list of ECS- related pathologies.”

“Exemestane is one of the aromatase inhibitors (AI) used as first line treatment for estrogen-receptor positive breast cancer in post-menopausal women. Exemestane acts by inhibiting aromatase, the enzyme responsible for the conversion of androgens to estrogens and also by promoting apoptosis of breast cancer cells. Nevertheless, despite its therapeutic success, this AI, after prolonged treatment, can induce acquired resistance, which causes tumor relapse. Therefore, it is important to find new strategies to overcome resistance in order to improve breast cancer treatment.

Considering that the development of resistance is the main reason for endocrine treatment failure, our group decided to explore the ability of three cannabinoids, Δ9-tetrahydrocannabinol (THC), cannabidiol (CBD) and anandamide (AEA), to reverse resistance to exemestane. The THC and CBD are phytocannabinoids derived from the plant Cannabis sativa (marijuana) whereas AEA is an endocannabinoid. For that, it was used LTEDaro cells, a long-term estrogen deprived ER+ breast cancer cell line that mimics resistance to exemestane. These cells were treated with exemestane in combination with two phytocannabinoids, CBD and THC, and the endocannabinoid AEA.

The presence of CB1 and CB2 in LTEDaro cells was confirmed by Western blot analysis and the effects of the combination of cannabinoids with exemestane were evaluated by MTT and LDH assays. Cell morphology was analyzed by Giemsa and Hoechst staining.

Results: Our results demonstrate that all the cannabinoids induce a decrease in viability of exemestane-resistant cells, in a dose- and time-dependent manner, without LDH release. These results indicate that the studied cannabinoids, mainly THC and AEA, revert the resistance to exemestane, probably by inducing apoptosis, as observed in Giemsa/Hoechst stain by the presence of typical morphological features of apoptosis.

Conclusion: This study highlights the efficacy of using cannabinoids as a potential adjuvant treatment to revert resistance to AIs.”

“The endocannabinoid system (ECs) is involved in excitatory/inhibitory balance mechanisms within the CNS.

We hypothesize that the endocannabinoid system is dysregulated in narcolepsy type 1 (NT1).”

“Taking together, these findings suggest that CBD might prevent sleepiness in narcolepsy.” https://www.ncbi.nlm.nih.gov/pubmed/31642794