“Cannabinoids, when co-administered with opioids, may enable reduced opioid doses without loss of analgesic efficacy (ie an opioid-sparing effect). The aim of this study was to conduct a systematic review to determine the opioid-sparing potential of cannabinoids.

Eligible studies included pre-clinical and clinical studies for which the outcome was either analgesia or opioid dose requirements. Clinical studies included controlled studies and case series. We searched Scopus, Cochrane Database of Systematic Reviews, Medline, and Embase. Nineteen pre-clinical and nine clinical studies met the search criteria. Seventeen of the 19 pre-clinical studies provided evidence of synergistic effects from opioid and cannabinoid co-administration. Our meta-analysis of pre-clinical studies indicated that the median effective dose (ED50) of morphine administered in combination with delta-9-tetrahydrocannabinol (delta-9-THC) is 3.6 times lower (95% CI 1.95, 6.76; n=6) than the ED50 of morphine alone. In addition, the ED50 for codeine administered in combination with delta-9-THC was 9.5 times lower (95% CI 1.6, 57.5, n=2) than the ED50 of codeine alone. One case series (n=3) provided very low-quality evidence of a reduction in opioid requirements with cannabinoid co-administration. Larger controlled clinical studies showed some clinical benefits of cannabinoids; however, opioid dose changes were rarely reported and mixed findings were observed for analgesia.

Conclusions: This study demonstrates that FABP5 is highly expressed in nociceptive dorsal root ganglia neurons and FABP inhibitors exert peripheral and supraspinal analgesic effects. This indicates that peripherally restricted FABP inhibitors may serve as a new class of analgesic and anti-inflammatory agents.”

“JWH015 is a cannabinoid (CB) receptor type 2 agonist that produces immunomodulatory effects. Since skin cells play a key role in inflammatory conditions and tissue repair, we investigated the ability of JWH015 to promote an anti-inflammatory and pro-wound healing phenotype in human primary skin cells.

JWH015 induced a faster scratch gap closure. These JWH015’seffects were mainly modulated through both CB1 and CB2 receptors. Topically administered JWH015 was mostly retained in the skin and displayed a sustained and low level of transdermal permeation.

Our findings suggest that targeting keratinocytes and fibroblasts with cannabinoid drugs could represent a therapeutic strategy to resolve peripheral inflammation and promote tissue repair.”

“Evidence has accumulated that obesity-related metabolic dysregulation is associated with overactivation of the endocannabinoid system (ECS), which involves cannabinoid receptor 1 (CB1R), in peripheral tissues, including adipose tissue (AT).

The functional consequences of CB1R activation on AT metabolism remain unclear. Since excess fat mobilization is considered an important primary event contributing to the onset of insulin resistance, we combined in vivo and in vitro experiments to investigate whether activation of ECS could alter the lipolytic rate.

For this purpose, the appearance of plasma glycerol was measured in wild-type and CB1R-/- mice after acute anandamide administration or inhibition of endocannabinoid degradation by JZL195. Additional experiments were conducted on rat AT explants to evaluate the direct consequences of ECS activation on glycerol release and signaling pathways.

Treatments stimulated glycerol release in mice fasted for 6 h and injected with glucose but not in 24-h fasted mice or in CB1R-/-suggesting that the effect was dependent on plasma insulin levels and mediated by CB1R. We concomitantly observed that Akt cascade activity was decreased, indicating an alteration of the anti-lipolytic action of insulin.

Similar results were obtained with tissue explants exposed to anandamide, thus identifying CB1R of AT as a major target.

This study indicates the existence of a functional interaction between CB1R and lipolysis regulation in AT. Further investigation is needed to test whether the elevation of ECS tone encountered in obesity is associated with excess fat mobilization contributing to ectopic fat deposition and related metabolic disorders.”

Accordingly, the purpose of this work was the evaluation of the sub-acute antidiabetic, anti-hyperglycemic, antidyslipidemic and toxicological profile of ENV-2, a potent hypoglycemic and antioxidant CB1 receptor antagonist.

In this study, ENV-2 showed a pronounced anti-hyperglycemic effect even at a dose of 5mg/kg (P< 0.001) in a glucose tolerance test on normoglycemic rats. Moreover, after administration of ENV-2 (16mg/kg) to diabetic rats, a prominent antidiabetic activity was observed (P< 0.001), which was higher than glibenclamide.

Sub-acute treatment (10 days) of ENV-2 resulted in a significant reduction of plasma glucose (P< 0.001). Also, the levels of peripheral lipids were improved; blood triacylglycerols (TG) and cholesterol (CHOL) were diminished (P< 0.001). In addition, it was found that ENV-2 reduced IL-1β and IL-18 mRNA expression in adipose tissue (P< 0.05). Due to the satisfactory outcomes, we were interested in evaluating the toxicity of ENV-2 in both acute and sub-chronic approaches. Regarding the acute administration, the compound resulted to be non-toxic and was grouped in category 5 according to OECD. It was also found that sub-chronic administration did not increase the size of the studied organs, while no structural damage was observed in heart, lung, liver and kidney tissues. Finally, neither AST nor ALT damage hepatic markers were augmented.”

“The endocannabinoid system regulates neurite outgrowth and neurogenesis during development of the central nervous system.

Cannabinoid receptor 1 (CB1R) is expressed in neurons, including the somata and fibers, that innervate the endometrial ectopic cyst in rats.

This finding may provide a new therapeutic target for patients with endometriosis.”

“The endocannabinoid system is involved in some neurodegenerative diseases such as Alzheimer’s disease. An endogenous constellation of proteins related to cannabinoid1 receptor signaling, including free fatty acids, diacylglycerol lipase, and N-acylethanolamine-hydrolyzing acid amidase, are localized in the murine retina. Moreover, the expression levels of endogenous agonists of cannabinoid receptors are changed in the vitreous fluid.

However, the role of the endocannabinoid system in the retina, particularly in the light-induced photoreceptor degeneration, remains unknown. Therefore, we investigated involvement of the cannabinoid1 receptor in light-induced retinal degeneration using in vitro and in vivo models.

Rimonabant suppressed light-induced photoreceptor cell death. Cannabinoid1 receptor expression was upregulated by light exposure. Treatment with rimonabant improved both a- and b-wave amplitudes and the thickness of the outer nuclear layer.

“The endocannabinoid system is involved in the pathogenesis of liver fibrosis. However, most of the findings come from experiment researches on animal model or clinical trial on chronic hepatitis C.

The hepatic expressions of CB1 and CB2 play important roles during the progression of fibrosis induced by CHB. Endogenous activation of CB1 receptors in patients with CHB enhances fibrogenesis by direct effect on activated HSCs.” 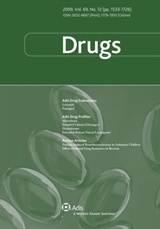 “Delta-9-tetrahydrocannabinol (THC)/cannabidiol (CBD) oromucosal spray (THC/CBD, Sativex®, nabiximols) is available in numerous countries worldwide for the treatment of multiple sclerosis (MS)-related moderate to severe spasticity in patients who have not responded adequately to other anti-spasticity medication and who demonstrate clinically significant improvement in spasticity-related symptoms during an initial trial of therapy.

Twelve weeks’ therapy with THC/CBD improved MS-related spasticity in patients with an inadequate response to other anti-spasticity agents who had undergone a successful initial trial of THC/CBD therapy, according to the results of a pivotal phase 3 trial.

Improvements in spasticity were maintained in the longer term with THC/CBD with no evidence of dose tolerance, and results of real-world studies confirm the effectiveness of THC/CBD in everyday clinical practice.

Improvements in health-related quality of life and activities of daily living were also seen with THC/CBD.

THC/CBD is generally well tolerated; adverse effects such as dizziness may occur whilst the THC/CBD dosage is being optimized.

THC/CBD has low abuse potential and a low risk of psychoactive effects.

In conclusion, THC/CBD oromucosal spray is a useful option for the treatment of MS-related spasticity not completely relieved with current anti-spasticity medication.”