A variety of endocannabinoids and endocannabinoid-like compounds modulate Caco-2 permeability in hypoxia/reoxygenation, which involves multiple targets, depending on whether the compounds are applied to the basolateral or apical membrane. CB1 antagonism and TRPV1 or PPARα agonism may represent novel therapeutic targets against several intestinal disorders associated with increased permeability.” “T-Acute Lymphoblastic Leukemia (T-ALL) is less frequent than B-ALL, but it has poorer outcome. For this reason new therapeutic approaches are needed to treat this malignancy.

The Endocannabinoid/Endovanilloid (EC/EV) system has been proposed as possible target to treat several malignancies, including lymphoblastic diseases. The EC/EV system is composed of two G-Protein Coupled Receptors (CB1 and CB2), the Transient Potential Vanilloid 1 (TRPV1) channel, their endogenous and exogenous ligands and enzymes. CB1 is expressed mainly in central nervous system while CB2 predominantly on immune and peripheral cells, therefore we chose to selectively stimulate CB2 and TRPV1.

We treated T-ALL lymphoblasts derived from 4 patients and Jurkat cells with a selective agonist at CB2 receptor: JWH-133 [100 nM] and an agonist at TRPV1 calcium channel: RTX [5 uM] at 6, 12 and 24 hours. We analyzed the effect on apoptosis and Cell Cycle Progression by a cytofluorimetric assays and evaluated the expression level of several target genes (Caspase 3, Bax, Bcl-2, AKT, ERK, PTEN, Notch-1, CDK2, p53) involved in cell survival and apoptosis, by Real-Time PCR and Western Blotting.

We observed a pro-apoptotic, anti-proliferative effect of these compounds in both primary lymphoblasts obtained from patients with T-ALL and in Jurkat cell line. Our results show that both CB2 stimulation and TRPV1 activation, can increase the apoptosis in vitro, interfere with cell cycle progression and reduce cell proliferation, indicating that a new therapeutic approach to T-cell ALL might be possible by modulating CB2 and TRPV1 receptors.” 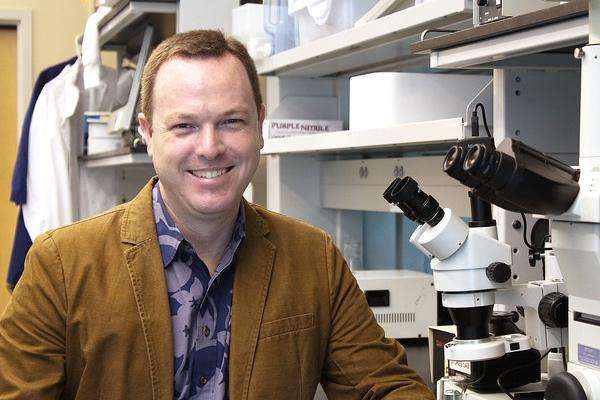 “A Nevada company is hoping to develop new medicines for heart failure using compounds in marijuana and a novel therapy identified by a University of Hawaiʻi at Mānoa researcher. Dr. Alexander Stokes, assistant research professor in the Department of Cell and Molecular Biology at the UH John A. Burns School of Medicine, obtained a U.S. patent for his novel therapy in 2015. The patent claims the cannabinoid receptor TRPV1 can be regulated therapeutically by plant-based cannabinoids.”  https://medicalxpress.com/news/2017-01-marijuana-compounds-treatment-cardiac-disease.html

“The endocannabinoid (eCB) system has attracted attention for its role in various behavioral and brain functions, and as a therapeutic target in neuropsychiatric disease states, including anxiety disorders and other conditions resulting from dysfunctional responses to stress. In this mini-review, we highlight components of the eCB system that offer potential ‘druggable’ targets for new anxiolytic medications, emphasizing some of the less well-discussed options. We discuss how selectively amplifying eCBs recruitment by interfering with eCB-degradation, via fatty acid amide hydrolase (FAAH) and monoacylglycerol lipase (MAGL), has been linked to reductions in anxiety-like behaviors in rodents and variation in human anxiety symptoms. We also discuss a non-canonical route to regulate eCB degradation that involves interfering with cyclooxygenase-2 (COX-2). Next, we discuss approaches to targeting eCB receptor-signaling in ways that do not involve the cannabinoid receptor subtype 1 (CB1R); by targeting the CB2R subtype and the transient receptor potential vanilloid type 1 (TRPV1). Finally, we review evidence that cannabidiol (CBD), while representing a less specific pharmacological approach, may be another way to modulate eCBs and interacting neurotransmitter systems to alleviate anxiety. Taken together, these various approaches provide a range of plausible paths to developing novel compounds that could prove useful for treating trauma-related and anxiety disorders.”

“Compared with acute pain that arises suddenly in response to a specific injury and is usually treatable, chronic pain persists over time, and is often resistant to medical treatment.

Because of the heterogeneity of chronic pain origins, satisfactory therapies for its treatment are lacking, leading to an urgent need for the development of new treatments.

The leading approach in drug design is selective compounds, though they are often less effective and require chronic dosing with many side effects.

Herein, we review novel approaches to drug design for the treatment of chronic pain represented by dual-acting compounds, which operate at more than one biological target.

A number of studies suggest the involvement of the cannabinoid and vanilloid receptors in pain.

Interestingly cannabinoid system is in interrelation with other systems that comprise lipid mediators: prostaglandins, produced by COX enzyme.

Therefore, in the present review, we summarize the role of dual-acting molecules (FAAH/TRPV1 and FAAH/COX-2 inhibitors) that interact with endocannabinoid and endovanillinoid systems and act as analgesics by elevating the endogenously produced endocannabinoids and dampening the production of pro-inflammatory prostaglandins.

The plasticity of the endocannabinoid system (ECS) and the ability of a single chemical entity to exert an activity on two receptor systems has been developed and extensively investigated.

Here, we review up-to-date pharmacological studies on compounds interacting with FAAH enzyme together with TRPV1 receptor or COX-2 enzyme respectively.

Multi-target pharmacological intervention for treating pain may lead to the development of original and efficient treatments.” “The transient receptor potential vanilloid type 1 channel (TRPV1; originally vanilloid receptor VR1) is activated in peripheral terminals of nociceptive fibers by noxious heat, low pH, and natural products such as capsaicin, the pungent ingredient of red-hot chilli peppers. Evidence has been accumulating that TRPV1 is expressed also in the brain, where it seems to be involved in antinociception, locomotor control, and regulation of affective behaviors. This ion channel might be activated by arachidonoyl ethanolamide (anandamide), the endogenous agonist of the cannabinoid type 1 (CB(1)) receptor. However, while CB(1) activation leads to a decrease in intracellular calcium and attenuation of synaptic transmission, anandamide binding to TRPV1 results in elevated calcium levels and potentiated synaptic transmission. This suggests a tripartite regulatory system with antagonistic effects of CB(1) and TRPV1, which are tied together by the same endogenous ligand. Such a system may have important implication for the modulation of behavioral responses. The present commentary elaborates on this interplay between CB(1) receptors and TRPV1 channels in the context of fear- and anxiety-related behaviors.”