“Emerging evidence suggests beta-amyloid (Aβ) deposition in the Alzheimer’s disease (AD) brain is the result of impaired clearance, due in part to diminished Aβ transport across the blood–brain barrier (BBB). Recently, modulation of the cannabinoid system was shown to reduce Aβ brain levels and improve cognitive behavior in AD animal models…

The purpose of the current studies was to investigate the role of the cannabinoid system in the clearance of Aβ across the BBB.

The current studies demonstrate, for the first time, a role for the cannabinoid system in the transit of Aβ across the BBB.

These findings provide insight into the mechanism by which cannabinoid treatment reduces Aβ burden in the AD brain and offer additional evidence on the utility of this pathway as a treatment for AD.”

“A new study conducted by researchers at the Roskamp Institute in Florida, and published in the journal Molecular and Cellular Neuroscience, has found that cannabis can slow the effects of Alzheimer’s Disease, and may in fact be able to halt it entirely.” 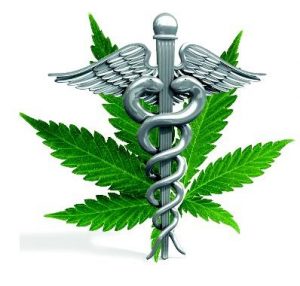 “According to Corbin Bachmeier, Ph.D – who’s the lead researcher of the study – Alzheimer’s Disease is “the result of impaired Aβ [Amyloid-β protein] clearance from the brain”. According to this study, cannabis can solve this problem, making it a potential treatment…

This research validates past studies (including some presented earlier this year, as well as a 2006 study), though is the first to actually explain why cannabis can be beneficial to the disease.”

“Researchers at the Roskamp Institute in Florida recently published a study in the journal Molecular and Cellular Neuroscience revealing that cannabinoids could delay the effects of Alzheimer’s disease, and could quite plausibly terminate the disease entirely.”

“Corbin Bachmeier, Ph.D, lead researcher of the study, declared that Alzheimer’s disease is “the result of impaired Aβ [Amyloid-β protein] clearance from the brain”. According to this particular study, cannabinoids can resolve this problem, which makes it a prospective treatment.

The study’s abstract states that the objective of the study was to “investigate the role of the cannabinoid system in the clearance of Aβ across the blood–brain barrier (BBB).”

For the first time in recorded history, the study in question establishes that the cannabinoid system does indeed play a role in the transit of Amyloid-β protein across the blood-brain barrier.

Bachmeier concluded that his discoveries “provide insight into the mechanism by which cannabinoid treatment reduces Aβ [Amyloid-β protein] burden in the AD [Alzheimer’s disease] brain and offer additional evidence on the utility of this pathway as a treatment for AD.”

This is good news for individuals suffering with this specific ailment and for their loved ones. Cannabinoids seem to be boundless in respect to the medicinal benefits they have to offer.”

…the findings indicate that CB1 deficiency can worsen AD-related cognitive deficits and support a potential role of CB1 as a pharmacologic target.”

“Since the discovery of an endogenous cannabinoid system, research into the pharmacology and therapeutic potential of cannabinoids has steadily increased. Two subtypes of G-protein coupled cannabinoid receptors, CB(1) and CB(1), have been cloned and several putative endogenous ligands (endocannabinoids) have been detected during the past 15 years. The main endocannabinoids are arachidonoyl ethanolamide (anandamide) and 2-arachidonoyl glycerol (2-AG), derivatives of arachidonic acid, that are produced “on demand” by cleavage of membrane lipid precursors.

Besides phytocannabinoids of the cannabis plant, modulators of the cannabinoid system comprise synthetic agonists and antagonists at the CB receptors and inhibitors of endocannabinoid degradation. Cannabinoid receptors are distributed in the central nervous system and many peripheral tissues, including immune system, reproductive and gastrointestinal tracts, sympathetic ganglia, endocrine glands, arteries, lung and heart. There is evidence for some non-receptor dependent mechanisms of cannabinoids and for endocannabinoid effects mediated by vanilloid receptors.

Properties of CB receptor agonists that are of therapeutic interest include analgesia, muscle relaxation, immunosuppression, anti-inflammation, antiallergic effects, improvement of mood, stimulation of appetite, antiemesis, lowering of intraocular pressure, bronchodilation, neuroprotection and antineoplastic effects. The current main focus of clinical research is their efficacy in chronic pain and neurological disorders. CB receptor antagonists are under investigation for medical use in obesity and nicotine addiction. Additional potential was proposed for the treatment of alcohol and heroine dependency, schizophrenia, conditions with lowered blood pressure, Parkinson’s disease and memory impairment in Alzheimer’s disease.”

“In what could turn out to be a groundbreaking study, a group from Neuroscience Research Australia has been examining if cannabidiol – one of the main ingredients in cannabis – could reverse some of the symptoms of dementia, specifically Alzheimer’s disease. Early research for the study has found that it does.” 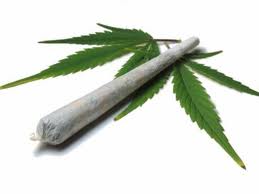 “In the study, mice were injected with a disease analogous to Alzheimer’s, and then given doses of cannabidiol. The results so far are quite drastic; “It basically brings the performance of the animals back to the level of healthy animals,” said Tim Karl, one of the study’s researchers.

He goes on, “You could say it cured them, but we will have to go back and look at their brains to be sure.”

As part of the research,  the group also found that treating certain harmful cells associated with Alzheimer’s with cannabidiol reduced the amount of the harmful protein that they produced.”

Tim Karl, a senior research fellow with Neuroscience Research Australia, said cannabidiol doesn’t have the same psychoactive effects as marijuana’s main component, THC (meaning it won’t get you high), but it does have anti-inflammatory, antioxidant and possible brain protective effects.

“Back in the day cannabis was used for medical purposes,” he said. “I’m talking 200 years, 100 years back, then at some point people discovered it had other effects and, as quite often happens in our society, people decided it was a bad drug.

“Alzheimer’s disease (AD), also called Alzheimer disease, senile dementia of the Alzheimer type, primary degenerative dementia of the Alzheimer’s type, or simply Alzheimer’s, is the most common form of dementia. This incurable, degenerative, and terminal disease was first described by German psychiatrist and neuropathologist Alois Alzheimer in 1906 and was named after him. Most often, it is diagnosed in people over 65 years of age, although the less-prevalent early-onset Alzheimer’s can occur much earlier. In 2006, there were 26.6 million sufferers worldwide. Alzheimer’s is predicted to affect 1 in 85 people globally by 2050.

Although the course of Alzheimer’s disease is unique for every individual, there are many common symptoms. The earliest observable symptoms are often mistakenly thought to be ‘age-related’ concerns, or manifestations of stress. In the early stages, the most common symptom is inability to acquire new memories, observed as difficulty in recalling recently observed events. When AD is suspected, the diagnosis is usually confirmed with behavioral assessments and cognitive tests, often followed by a brain scan if available.

As the disease advances, symptoms include confusion, irritability and aggression, mood swings, language breakdown, long-term memory loss, and the general withdrawal of the sufferer as their senses decline. Gradually, bodily functions are lost, ultimately leading to death. Individual prognosis is difficult to assess, as the duration of the disease varies. AD develops for an indeterminate period of time before becoming fully apparent, and it can progress undiagnosed for years. The mean life expectancy following diagnosis is approximately seven years. Fewer than three percent of individuals live more than fourteen years after diagnosis.

The cause and progression of Alzheimer’s disease are not well understood. Research indicates that the disease is associated with plaques and tangles in the brain. Currently used treatments offer a small symptomatic benefit; no treatments to delay or halt the progression of the disease are, as of yet, available. As of 2008, more than 500 clinical trials have been conducted for identification of a possible treatment for AD, but it is unknown if any of the tested intervention strategies will show promising results. A number of non-invasive, life-style habits have been suggested for the prevention of Alzheimer’s disease, but there is a lack of adequate evidence for a link between these recommendations and reduced degeneration. Mental stimulation, exercise, and a balanced diet are suggested, as both a possible prevention and a sensible way of managing the disease.”

“The importance of the role of the endocannabinoid system (ECS) in neurodegenerative diseases has grown during the past few years. Mostly because of the high density and wide distribution of cannabinoid receptors of the CB(1) type in the central nervous system (CNS), much research focused on the function(s) that these receptors might play in pathophysiological conditions.

Our current understanding, however, points to much diverse roles for this system. In particular, other elements of the ECS, such as the fatty acid amide hydrolase (FAAH) or the CB(2) cannabinoid receptor are now considered as promising pharmacological targets for some diseases and new cannabinoids have been incorporated as therapeutic tools.

Although still preliminary, recent reports suggest that the modulation of the ECS may constitute a novel approach for the treatment of Alzheimer’s disease (AD). Data obtained in vitro, as well as in animal models for this disease and in human samples seem to corroborate the notion that the activation of the ECS, through the use of agonists or by enhancing the endogenous cannabinoid tone, may induce beneficial effects on the evolution of this disease.”

Inflammation and oxidative stress are generally accepted as a critical risk factor for the development of AD, and interventions such as cannabinoids that attenuate these risks without arresting microglial activity and have innate neuroprotective benefits are attractive as potential preventative treatments for AD.

There is a potential for the development of CB1 interventions, whether agonists or antagonists, with applications for a variety of cognitive disorders including neurodegenerative disorders and schizophrenia. The recent discovery of a CB1 receptor Positron Emission Tomography tracer for clinical use may provide the opportunity to evaluate the impact of the regional distribution of CB1 receptors in brain on domain-specific cognitive performance (memory, executive function, praxis) in healthy individuals. Additionally, if AD is a disease of overproduction of eCBs, this may be visualized in case-control CB1receptor binding studies.

The emerging data suggest that the eCB system is a potential target for immune and/or cognitive intervention in AD. A wealth of available chemical compounds capable of intervening in the eCB system at a variety of levels and the success with which these compounds have been used in animal models suggest the potential for human drug development. What is missing is a clear direction for that development based on a concise conceptualization of eCB system function in both health and in neurodegenerative and inflammatory conditions such as AD. Focused experiments are now required to move the field forward.”