“Recruitment of the brown-like phenotype in white adipocytes (browning) and activation of existing brown adipocytes are currently being investigated as a means to combat obesity.

The present study was designed to investigate the effects of cannabidiol (CBD), a major nonpsychotropic phytocannabinoid of Cannabis sativa, on induction of browning in 3T3-L1 adipocytes.

These data suggest possible roles for CBD in browning of white adipocytes, augmentation of lipolysis, thermogenesis, and reduction of lipogenesis.

In conclusion, the current data suggest that CBD plays dual modulatory roles in the form of inducing the brown-like phenotype as well as promoting lipid metabolism.

Thus, CBD may be explored as a potentially promising therapeutic agent for the prevention of obesity.” “Link between obesity and cancer” http://www.ncbi.nlm.nih.gov/pmc/articles/PMC3670342/

“Overweight/obesity and cancer genesis: more than a biological link.” http://www.ncbi.nlm.nih.gov/pubmed/18035514

“The Obesity-Cancer Link: Lessons Learned from a Fatless Mouse” http://cancerres.aacrjournals.org/content/67/6/2391.long

“Epidemiology and pathophysiology of obesity as cause of cancer.” http://www.ncbi.nlm.nih.gov/pubmed/17299670

“The growing challenge of obesity and cancer: an inflammatory issue.” http://www.ncbi.nlm.nih.gov/pubmed/21793838

“Overweight and obesity: a review of their relationship to metabolic syndrome, cardiovascular disease, and cancer in South America.” http://www.ncbi.nlm.nih.gov/pubmed/23452284

“Inflammation, autophagy, and obesity: common features in the pathogenesis of pancreatitis and pancreatic cancer.” http://www.ncbi.nlm.nih.gov/pubmed/23622129

“Obesity and Risk of Colorectal Cancer: A Systematic Review of Prospective Studies” http://www.ncbi.nlm.nih.gov/pmc/articles/PMC3547959/

“Role of Obesity in the Risk of Breast Cancer: Lessons from Anthropometry” http://www.ncbi.nlm.nih.gov/pmc/articles/PMC3575614/

“The molecular contribution of TNF-α in the link between obesity and breast cancer.” http://www.ncbi.nlm.nih.gov/pubmed/21165572

“The link between obesity and prostate cancer: the leptin pathway and therapeutic perspectives.” http://www.ncbi.nlm.nih.gov/pubmed/16344847

“The relationship between obesity and prostate cancer: from genetics to disease treatment and prevention” http://www.ncbi.nlm.nih.gov/pmc/articles/PMC3523022/

“Reducing the weight of cancer: mechanistic targets for breaking the obesity-carcinogenesis link.” http://www.ncbi.nlm.nih.gov/pubmed/18971125

“Overweight as an avoidable cause of cancer in Europe.” http://www.ncbi.nlm.nih.gov/pubmed/11169969 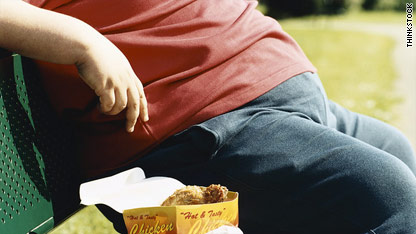 “Obesity Linked to Many Cancer Cases in U.S.” http://www.webmd.com/cancer/news/20091105/obesity-linked-to-many-cancer-cases-in-us

“Obesity is now the leading cause of cancer” http://www.nydailynews.com/life-style/health/obesity-leading-cancer-article-1.403496

“Obesity as a Cause of Endometrial Cancer: Gynecologic Oncologists to Add Perspective on New Report” http://www.newswise.com/articles/obesity-as-a-cause-of-endometrial-cancer-gynecologic-oncologists-to-add-perspective-on-new-report

“Research Piles Up on Links Between Cancer and Obesity” http://blogs.wsj.com/health/2009/06/23/research-piles-up-on-links-between-cancer-and-obesity/

These results suggest that the cannabis extract protects pancreatic islets against the negative effects of obesity.”

“Obesity is one of the highest preventable causes of morbidity and mortality in the developed world. It has been well known for a long time that exposure to cannabis produces an increase of appetite (a phenomenon referred to as the ‘munchies’). This phenomenon led to an exploration of the role of the endocannabinoid system in the regulation of obesity and associated metabolic syndrome.

This effort subsequently led to the development of a successful therapeutic approach for obesity that consisted of blocking the cannabinoid CB1 receptors using ligands such as Rimonabant in order to produce weight loss and improve metabolic profile. Despite being efficacious, Rimonabant was associated with increased rates of depression and anxiety and therefore removed from the market.

We recently discovered that the prevalence of obesity is paradoxically much lower in cannabis users as compared to non-users and that this difference is not accounted for by tobacco smoking status and is still present after adjusting for variables such as sex and age.

Here, we propose that this effect is directly related to exposure to the Δ(9)-tetrahydrocannabinol (THC) present in cannabis smoke.

We therefore propose the seemingly paradoxical hypothesis that THC or a THC/cannabidiol combination drug may produce weight loss and may be a useful therapeutic for the treatment of obesity and its complications.”

“Since the discovery of an endogenous cannabinoid system, research into the pharmacology and therapeutic potential of cannabinoids has steadily increased. Two subtypes of G-protein coupled cannabinoid receptors, CB(1) and CB(1), have been cloned and several putative endogenous ligands (endocannabinoids) have been detected during the past 15 years. The main endocannabinoids are arachidonoyl ethanolamide (anandamide) and 2-arachidonoyl glycerol (2-AG), derivatives of arachidonic acid, that are produced “on demand” by cleavage of membrane lipid precursors.

Besides phytocannabinoids of the cannabis plant, modulators of the cannabinoid system comprise synthetic agonists and antagonists at the CB receptors and inhibitors of endocannabinoid degradation. Cannabinoid receptors are distributed in the central nervous system and many peripheral tissues, including immune system, reproductive and gastrointestinal tracts, sympathetic ganglia, endocrine glands, arteries, lung and heart. There is evidence for some non-receptor dependent mechanisms of cannabinoids and for endocannabinoid effects mediated by vanilloid receptors.

Properties of CB receptor agonists that are of therapeutic interest include analgesia, muscle relaxation, immunosuppression, anti-inflammation, antiallergic effects, improvement of mood, stimulation of appetite, antiemesis, lowering of intraocular pressure, bronchodilation, neuroprotection and antineoplastic effects. The current main focus of clinical research is their efficacy in chronic pain and neurological disorders. CB receptor antagonists are under investigation for medical use in obesity and nicotine addiction. Additional potential was proposed for the treatment of alcohol and heroine dependency, schizophrenia, conditions with lowered blood pressure, Parkinson’s disease and memory impairment in Alzheimer’s disease.”

“Many people who smoke marijuana experience what increased appetite (which they commonly call the “munchies”). It would stand to reason that people who smoke would gain weight. A new study from France says otherwise.”

“Findings on the relationship between obesity and marijuana use

Dr. Yann Le Strat is a psychiatrist at Louis-Mourier Hospital in Colombes. He says the study his team conducted showed that people who smoked marijuana were less likely to be obese than the general population. Strat and his team looked at results from data collected in the early 2000s.

His findings completely surprised him. Everyone else in the field was shocked to see what they found.

Strat and his team decided to take a closer look at their study. They theorized the subjects in their sample were not representative of the overall population or the study was tainted in some other way. Turning to another study conducted by the NESARC, they found the same thing.

Andrea Giancoli is a dietitian in Los Angeles. She states there are number of possible reasons why people who smoke marijuana are less likely to become obese. They may work out more, spend more time outside or eat more fruits or vegetables. However, most people don’t associate these activities with people who smoke cannabis. Is it possible that the stereotypes we’ve had for so many years have been wrong?

Another possibility is associated with the  possibility that marijuana smokers drink more water. This may curb their appetite throughout the rest of the day.

Strat acknowledges the possibility that marijuana smokers are more active. He doesn’t think the likelihood is very high, but says it can’t be ruled out. It would be helpful if an additional study was conducted which observed the exercise habits of people smoking marijuana. Such a study could dispel the stereotypes of marijuana smokers and explain the findings in these two studies.

Giancoli and Strat are both clearly interested in understanding the phenomenon. Everybody in their field wants an explanation for these findings. For the moment, the explanation remains a mystery. Both of these studies have clearly created an interesting new insight into marijuana and obesity.”

“Could marijuana be the secret weapon in solving America’s obesity problem? A surprising new study published in the American Journal of Medicine suggested the health benefits of smoking pot may extend beyond pain relief.

Researchers at Beth Israel Deaconess Medical Center, the University of Nebraska and the Harvard School of Public Health conducted a study with 4,657 adults from 2005 to 2010–out of which 547 identified themselves as current marijuana users and 1,975 admitted to smoking at least once in the past (but more than a 30-day window). Participants got tested on their waist size and glucose, insulin and insulin resistance levels.

“We looked at their ability to handle carbohydrates, the ability of the body to handle sugar, and how well the body metabolizes it,” Dr. Murray Mittleman, one of the authors of that study, told MSNBC’s Lawrence O’Donnell.

The results? The study indicated that current pot smokers have much smaller waist circumferences — by about an inch, on average — compared to those who have never lit up, even after taking things like sex and age into consideration. Insulin levels for marijuana smokers compared to non-marijuana smokers were slashed by 16% and insulin resistance went down by 17%. And their “good”cholesterol was higher by three points.

“Several prior studies, actually, have indicated that marijuana users tend to be leaner, despite the fact that they do tend to consume more calories,” said Mittleman. “One of the caveats, I would say, about our findings is that it was based on self-report.  And really at this stage, we need much more solid research, including experimental studies, to really provide doctors with the evidence base to make recommendations.””

“Cannabis seems to have many different allures. It can produce a “high.” It can give the feeling of munchies. Now, it can possibly help combat obesity. Scientists recently revealed that they found two compounds from cannabis leaves that could up the total energy that the body burns.”

“Previous studies of two specific compounds demonstrated that they could be used to treat type-two diabetes. The compounds were also discovered to have the ability to reduce cholesterol levels in the blood stream and decrease fat in important organs such as the liver. With the aim of treating patients who have “metabolic syndrome,” the researchers are currently conducting clinical trials in 200 patients with the drug. With “metabolic syndrome,” diabetes, high blood pressure, and obesity combine to heighten the risk of heart disease and stroke in patients.”

“Apparently one of the many side effects of marijuana is to make some people slimmer – despite the much-joked-about munchies.”

“We found significant associations between marijuana use and smaller waist circumferences.”

So concludes a new study published in The American Journal of Medicine by scientists from Harvard, University of Nebraska and Beth Israel medical center.

Of the participants in our study sample, 579 were current marijuana users and 1975 were past users. In multivariable adjusted models, current marijuana use was associated with 16% lower fasting insulin levels (95% confidence interval [CI], −26, −6) and 17% lower HOMA-IR (95% CI, −27, −6). We found significant associations between marijuana use and smaller waist circumferences. Among current users, we found no significant dose-response.”