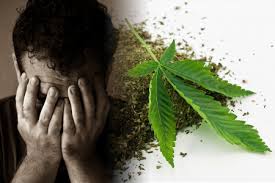 “One of the core symptoms in post-traumatic stress disorder (PTSD) is the traumatic memory that constantly haunts the patient.

An increasing body of evidence points to the endocannabinoid (eCB) system as a key system in the regulation of emotionality and memory.

Hence, eCB enhancers may be the ideal pharmacological treatment for PTSD…

…eCBs have an essential role in maintaining emotional homeostasis and in modulating memory consolidation, retrieval and extinction.

Hence, the authors concluded that eCBs could be an ideal drug to treat PTSD by addressing both the emotional and cognitive aspects of the disorder.

Indeed, accumulating data from both clinical and pre-clinical studies suggest that targeting the eCB system may benefit PTSD.

Several studies support the self-medication hypothesis explanation for cannabis use to cope with PTSD symptoms.

To conclude, the eCB system may be a useful target for treating both the cognitive and emotional features of PTSD…”