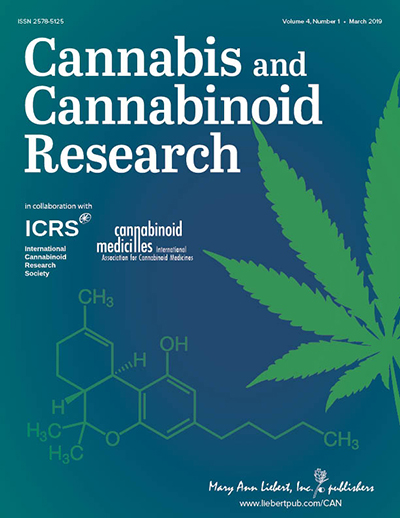 “Obsessive-compulsive disorder (OCD) is a disabling illness that is associated with significant functional impairment. Although evidence-based pharmacotherapies exist, currently available medications are ineffective in some patients and may cause intolerable side effects in others. There is an urgent need for new treatments.

Discussion: A growing body of basic and clinical research has showed that the endocannabinoid system (ECS) plays a role in anxiety, fear, and repetitive behaviors. At the same time, some patients with OCD who smoke cannabis anecdotally report that it relieves their symptoms and mitigates anxiety, and several case reports describe patients whose OCD symptoms improved after they were treated with cannabinoids. Taken together, these findings suggest that the ECS could be a potential target for novel medications for OCD. In this study, we review evidence from both animal and human studies that suggests that the ECS may play a role in OCD and related disorders. We also describe findings from studies in which cannabinoid drugs were shown to impact symptoms of these conditions.

Recent studies in both humans and animals have shown a critical role for the ECS in anxiety, stress, fear, and repetitive/habitual behaviors. Moreover, many patients with OCD who use cannabis anecdotally report that it improves their symptoms and reduces anxiety.

Conclusions: An emerging body of evidence suggests that the ECS plays a role in OCD symptoms and may be a target for the development of novel medications. Further exploration of this topic through well-designed human trials is warranted.”