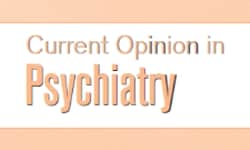 “The most recent studies published or initiated in the last 18 months, investigating cannabidiol in the treatment of symptoms of schizophrenia and related conditions are summarized, including observed tolerability and reported side-effects.

Recent studies focused on patients with sub-acute psychotic syndromes of schizophrenia, clinical high-risk state for psychosis (CHR-P), or frequent cannabis users, as well as cognitive functioning in chronic schizophrenia. There is further, although not consistent evidence for cannabidiol-reducing positive symptoms, but not negative symptoms. Evidence for improvement of cognition was weaker, with one study reporting a worsening. Regarding side effects and tolerability, cannabidiol induced sedation in one study, with the other studies indicating good tolerability, even at high doses.

Recent clinical trials added further evidence for an antipsychotic potential of cannabidiol. In general, studies following trial designs as suggested by regulators in schizophrenia are needed in sufficient numbers to clarify the safety and efficacy of cannabidiol herein. In addition, such studies will further elucidate its ability to target specific aspects of the syndrome, such as negative or cognitive symptoms. Furthermore, aiming for an add-on treatment with cannabidiol will require further studies to identify potentially useful or even harmful combinations.”