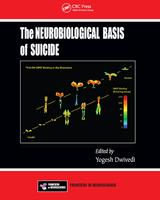 “In the past decade, remarkable advances have been made in cannabinoid (CB) research. The brain endocannabinoid (eCB) system modulates several neurobiological processes and its dysfunction is suggested to be involved in the pathophysiology of mood and drug use disorders.

The CB1 receptor–mediated signaling, in particular, has been shown to play a critical role in the neural circuitry that mediates mood, motivation, and emotional behaviors. This chapter presents the data pertaining to the involvement of the eCB system in depression, suicide, and alcohol addiction.

It appears that the eCB system might have a critical role in the regulation of mood and emotional responses that are impaired in patients with depression and suicidal behavior.

The data provided in this chapter support the notion that the eCB system might be an additional target for the development of a drug against alcohol use, depression, and suicidal behavior.

Among therapeutic agents, antidepressants are the most widely used drugs for the treatment of depression-related disorders.”

“Antidepressant-like effect of Δ9-tetrahydrocannabinol and other cannabinoids isolated from cannabis sativa L. The antidepressant action of cannabis as well as the interaction between antidepressants and the endocannabinoid system has been reported. Results of this study show that Δ9-THC and other cannabinoids exert anti-depressant-like actions, and thus may contribute to the overall mood-elevating properties of cannabis.” https://www.ncbi.nlm.nih.gov/pmc/articles/PMC2866040/