“Cannabis oil, which cancer-sufferers credit with saving their lives, and which is supposedly useful in healing other ailments, from diabetes to skin rashes, is made by distilling raw bud down to its essential ingredients.” 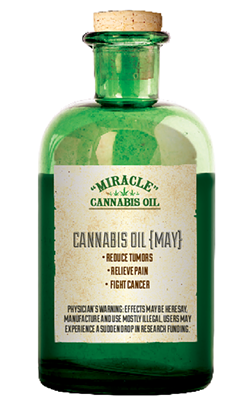 The year 2011 was supposed to be a good one for the 66-year-old. That June, she and her husband, Michael, were feted with a lifetime achievement award by High Times magazine for their four decades of work on marijuana legalization. Yet something was off. She was smoking a lot, maybe more than ever.

And she couldn’t get high.

In the fall of that year — a bad time for the local marijuana movement, as the federal Justice Department began shutting down hundreds of California medical cannabis dispensaries — Aldrich went in to see a series of doctors for what she thought was a flu that just refused to go away.

After six weeks of progressively worse diagnoses — flu became bronchitis, which became pneumonia — a CT scan revealed the cause behind the “heat” she felt in the middle of her chest. A tumor, “poorly-differentiated non-small cell adenocarcinoma.” In other words, stage 3 lung cancer.

Lung cancer is a killer, with nearly 70 percent of new cases resulting in deaths, according to statistics published by the National Cancer Institute. “I thought I was going to die,” Aldrich says from her Marina District apartment. But she didn’t. And now, she is busy telling anyone who will listen that, along with diet and chemotherapy, a concoction of highly concentrated cannabis oil eliminated her cancer in less than four months.”