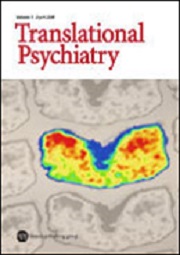 “Iron accumulation in the brain has been recognized as a common feature of both normal aging and neurodegenerative diseases. Cognitive dysfunction has been associated to iron excess in brain regions in humans. We have previously described that iron overload leads to severe memory deficits, including spatial, recognition, and emotional memory impairments in adult rats.

In the present study we investigated the effects of neonatal iron overload on proteins involved in apoptotic pathways, such as Caspase 8, Caspase 9, Caspase 3, Cytochrome c, APAF1, and PARP in the hippocampus of adult rats, in an attempt to establish a causative role of iron excess on cell death in the nervous system, leading to memory dysfunction.

Cannabidiol (CBD), the main non-psychotropic component of Cannabis sativa, was examined as a potential drug to reverse iron-induced effects on the parameters analyzed.

These results suggest that iron can trigger cell death pathways by inducing intrinsic apoptotic proteins. The reversal of iron-induced effects by CBD indicates that it has neuroprotective potential through its anti-apoptotic action.”

https://www.ncbi.nlm.nih.gov/pubmed/30177808
“In summary, we have shown that iron treatment in the neonatal period disrupts the apoptotic intrinsic pathway. This finding may place iron excess as a central component in neurodegenerative processes since many neurodegenerative disorders are accompanied by iron accumulation in brain regions. Moreover, indiscriminate iron supplementation to toddlers and infants, modeled here by iron overload in the neonatal period, has been considered a potential environmental risk factor for the development of neurodegenerative disorders later in life. Our findings also strongly suggest that CBD has neuroprotective effects, at least in part by blocking iron-induced apoptosis even at later stages, following iron overload, which puts CBD as a potential therapeutic agent in the treatment of neurodegenerative diseases.”
https://www.nature.com/articles/s41398-018-0232-5