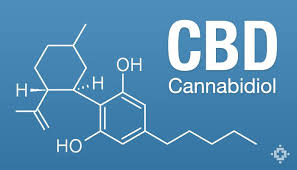 Cannabidiol is a non-psychotropic constituent of marijuana, which is well-tolerated in humans, with antioxidant, anti-inflammatory, and recently discovered antitumor properties.

These data suggest that cannabidiol may represent a novel cardioprotective strategy against DOX-induced cardiotoxicity, and the above described effects on mitochondrial function and biogenesis may contribute to its beneficial properties described in numerous other models of tissue injury.”