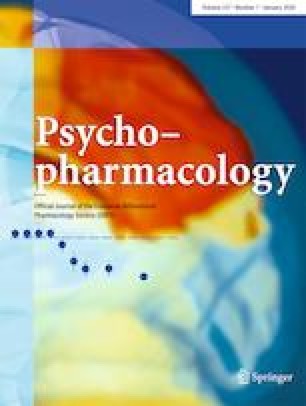 “Stress is a risk factor for psychosis and treatments which mitigate its harmful effects are needed.

We investigated whether CBD would normalise the neuroendocrine and anxiety responses to stress in clinical high risk for psychosis (CHR) patients.

One-way analysis of variance (ANOVA) revealed a significant effect of group (HC, CHR-P, CHR-CBD (p = .005) on cortisol reactivity as well as a significant (p = .003) linear decrease. The change in cortisol associated with experimental stress exposure was greatest in HC controls and least in CHR-P patients, with CHR-CBD patients exhibiting an intermediate response. Planned contrasts revealed that the cortisol reactivity was significantly different in HC compared with CHR-P (p = .003), and in HC compared with CHR-CBD (p = .014), but was not different between CHR-P and CHR-CBD (p = .70). Across the participant groups (CHR-P, CHR-CBD and HC), changes in anxiety and experience of public speaking stress (all p’s < .02) were greatest in the CHR-P and least in the HC, with CHR-CBD participants demonstrating an intermediate level of change.

Our findings show that it is worthwhile to design further well powered studies which investigate whether CBD may be used to affect cortisol response in clinical high risk for psychosis patients and any effect this may have on symptoms.”

“Antipsychotic effects of CBD have been linked to its effects on levels of the endogenous cannabinoid anandamide (AEA) potentially by inhibiting its catalytic enzyme fatty acid amide hydrolase (FAAH). Recent preclinical work has also suggested that CBD may block the anxiogenic effects of chronic stress that was associated with a concomitant decrease in the expression of FAAH following CBD treatment. To the best of our knowledge, this is the first study to have investigated the effects of short-term treatment with CBD on experimentally induced stress in the context of psychosis risk. Notwithstanding its limitations, the present study provides a strong rationale for future studies to investigate whether CBD may have potential to mitigate the harmful effects of stress in the course of daily life by attenuating the altered neuroendocrine and psychological responses to acute stress in CHR participants.”