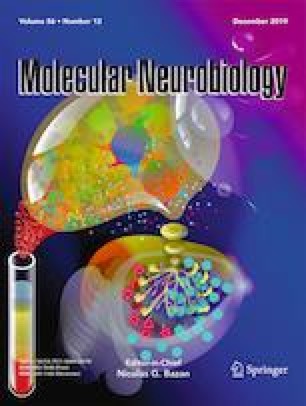 “Alzheimer’s disease (AD), the leading cause of dementia in the elderly, is a neurodegenerative disorder marked by progressive impairment of cognitive ability. Patients with AD display neuropathological lesions including senile plaques, neurofibrillary tangles, and neuronal loss.

There are no disease-modifying drugs currently available. With the number of affected individuals increasing dramatically throughout the world, there is obvious urgent need for effective treatment strategy for AD.

We report here that NP137 and NP148 showed neuroprotective effects in amyloid-β-treated primary cortical neurons, and NP137 in particular rescued the cognitive deficit of TgAPP mice. The latter compound was able to blunt the abnormal cell response to serum addition or withdrawal of lymphoblasts derived from AD patients.

It is suggested that NP137 could be a good drug candidate for future treatment of AD.”

“The ideal treatment for AD should be able to modulate the disease through multiple mechanisms rather than targeting a single dysregulated pathway.” http://www.ncbi.nlm.nih.gov/pubmed/25147120

“These sets of data strongly suggest that THC could be a potential therapeutic treatment option for Alzheimer’s disease through multiple functions and pathways.” http://www.ncbi.nlm.nih.gov/pubmed/25024327

“In fact, exogenous and endogenous cannabinoids seem to be able to modulate multiple processes in AD” http://www.ncbi.nlm.nih.gov/pubmed/25147120

“Our results indicate that cannabinoid receptors are important in the pathology of AD and that cannabinoids succeed in preventing the neurodegenerative process occurring in the disease.” http://www.ncbi.nlm.nih.gov/pubmed/15728830

“CBD treatment would be in line with preventative, multimodal drug strategies targeting a combination of pathological symptoms, which might be ideal for AD therapy.” http://www.ncbi.nlm.nih.gov/pubmed/27471947