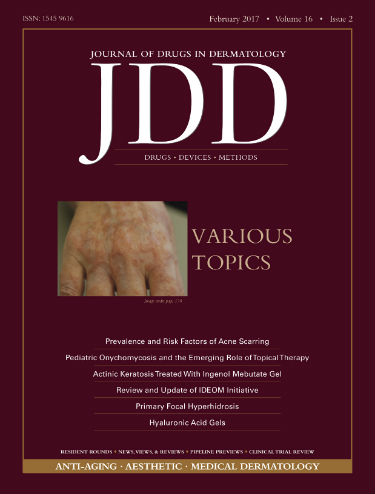 The response rate was 21% (n=531). Most responders thought cannabinoids should be legal for medical treatment (86%). Nearly all (94%) believed it is worthwhile to research dermatologic uses of cannabinoids. 55% reported at least one patient-initiated discussion about cannabinoids in the last year. Yet, 48% were concerned about a negative stigma when proposing cannabinoid therapies to patients. While most responders (86%) were willing to prescribe an FDA-approved cannabinoid as a topical treatment, fewer (71%) were willing to prescribe an oral form. 64% of respondents did not know that cannabidiol is not psychoactive and 29% did not know that tetrahydrocannabinol is psychoactive.

Dermatology providers are interested in prescribing cannabinoids and patients are speaking about cannabinoids with their dermatologists. However, providers’ fund of knowledge on this subject is lacking. These results highlight the need for further education and research to detangle the dermatologic benefits and risks of cannabinoids.”

“Cannabinoid system in the skin – a possible target for future therapies in dermatology.” https://www.ncbi.nlm.nih.gov/pubmed/19664006