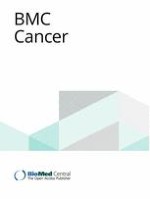 “The anti-tumor properties of cannabinoids have been investigated in many in vitro and in vivo studies. Many of these anti-tumor effects are mediated via cannabinoid receptor types 1 and 2 (CB1 and CB2), comprising the endocannabinoid system (ECS).

In this study, we investigated the ECS based on CB 1 and CB 2 receptor gene and protein expression in renal cell carcinoma (RCC) cell lines. In view of their further use for potential treatments, we thus investigated the roles of CB1 and CB2 receptors in the anti-proliferative action and signal transduction triggered by synthetic cannabinoid agonists [such as JWH-133 and WIN 55,212-2 (WIN-55)] in RCC cell lines.

The CB1 and CB2 genes expression was shown by real-time PCR and flow cytometric and western blot analysis indicating a higher level of CB2 receptor as compared to CB1 in RCC cells. Immunocytochemical staining also confirmed the expression of the CB1 and CB2 proteins. We also found that the synthetic cannabinoid agonist WIN-55 exerted anti-proliferative and cytotoxic effects by inhibiting the growth of RCC cell lines, while the CB2 agonist JWH-133 did not. Pharmacologically blocking the CB1 and CB2 receptors with their respective antagonists SR141716A and AM-630, followed by the WIN-55 treatment of RCC cells allowed uncovering the involvement of CB2, which led to an arrest in the G0/G1 phase of the cell cycle and apoptosis.

This study elucidated the involvement of CB2 in the in vitro inhibition of RCC cells, and future applications of CB2agonists in the prevention and management of RCC are discussed.

In summary, our study shows the involvement of CB2 receptor in the in vitro inhibition of RCC cells. This knowledge will be useful to unravel the future applications of CB2receptor and its agonists in the prevention and management of RCC.”