“Cannabis, a drug made up of the flowers and buds of the Cannabis sativa plant, has been used therapeutically for centuries. Ancient Chinese cultures have reported use in their medical practices, dating back as early as 2700 BC.  Although widely used recreationally during the 19th and 20th centuries, the use of medical cannabis has exploded over the last decade, as a result of mainstream cultural acceptance and legalization in several countries around the world.

Over the last decade, interest in the therapeutic potential of cannabis and its constituents (e.g. cannabidiol) in the management of inflammatory bowel diseases (IBD) has escalated. Cannabis has been increasingly approved for a variety of medical conditions in several jurisdictions around the world.

In animal models, cannabinoids have been shown to improve intestinal inflammation in experimental models of IBD through their interaction with the endocannabinoid system. However, the few randomized controlled trials of cannabis or cannabidiol in patients with IBD have not demonstrated efficacy in modulating inflammatory disease activity.

Cannabis may be effective in the symptomatic management of IBD. Given the increasing utilization and cultural acceptance of cannabis, physicians need to be aware of its safety and efficacy in order to better counsel patients. The aim of this review is to provide an overview of the role of cannabis in the management of patients with IBD.

There is emerging evidence that cannabis may play a role in the management of patients with IBD. Many patients are already using cannabis to help manage symptoms associated with the disease, and physicians cannot ignore this when taking histories and managing their patients.”

“Ulcerative colitis (UC) is a chronic inflammatory process that is occasionally associated with complications that cause significant morbidity and mortality.

Studies in experimental animal models have demonstrated a beneficial effect of cannabis on intestinal inflammation. It is however unknown if this corresponds to fewer complications for patients with Ulcerative Colitis.

Cannabis use may mitigate some of the well described complications of UC among hospitalized patients. Our findings need further evaluation, ideally through more rigorous clinical trials.” 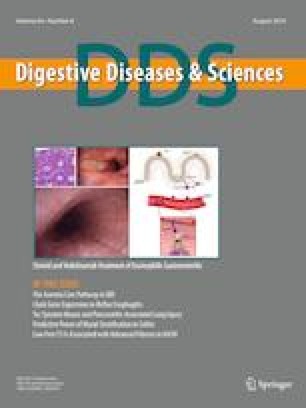 “Cannabis is commonly used by patients with inflammatory bowel disease (IBD) to ameliorate their symptoms.

Patients claim that cannabis reduces pain, increases appetite, and reduces the need for other medications.

In conclusion, considering the mechanism of action of phytocannabinoids and the accumulating evidence of their anti-inflammatory effects in experimental and in vitro studies, it is reasonable to assume that cannabis can be of benefit in the treatment of IBD.”

“Literature suggests the role of cannabis (marijuana) as an anti-inflammatory agent. However, the impact of recreational marijuana usage on in-hospital outcomes of inflammatory bowel disease (IBD) remains indistinct.

We assessed the outcomes of Crohn’s disease (CD) as well as ulcerative colitis (UC) with vs. without recreational marijuana usage using a nationally illustrative propensity-matched sample.

We found a lower frequency of colorectal cancer, parenteral nutrition, anemia but a higher occurrences of active fistulizing disease or intraabdominal abscess formation, lower GI hemorrhage and hypovolemia in the CD cohort with cannabis usage. In patients with UC, frequency of complications could not be compared between the two cohorts, except a higher frequency of fluid and electrolyte disorders and hypovolemia, and a lower frequency of postoperative infections with cannabis use. A shorter length of stay (LOS)  and lesser hospital charges were observed in both groups with recreational marijuana usage.”

The inflammatory process is a physiological response to a vast number harmful stimulus that takes place in order to restore homeostasis. Many drugs used in pharmacotherapy are effective to control inflammatory responses, however there is a range of adverse effects attributed to steroidal and non-steroidal anti-inflammatory drugs (NSAIDs).

In this sense, herbal medicine and derivatives gain more adepts because of their effectiveness and safety, showing the importance of medicinal plants, especially the Cannabis genus and the cannabinoid derivatives.
The aim of this prospection was to identify data related to patents involving Cannabis and cannabinoids for the treatment of inflammation.
A total of 370 patents were found, of which 17 patents met the inclusion criteria.
Although reports show synergistic effects of the plant components, patents involving Cannabis and cannabinoids focus on isolated substances (CBD e THC). However, patents related to Cannabis and cannabinoids are promising for future use of the plant or its derivatives on the treatment of inflammation.”
https://www.ncbi.nlm.nih.gov/pubmed/31237222
http://www.eurekaselect.com/172729/article
“Cannabis-based drugs have been shown to be effective in inflammatory diseases.” https://www.ncbi.nlm.nih.gov/pubmed/29110674
“Cannabinoid-based drugs as anti-inflammatory therapeutics.” http://www.ncbi.nlm.nih.gov/pubmed/15864274
http://www.thctotalhealthcare.com/tag/anti-inflammatory/ 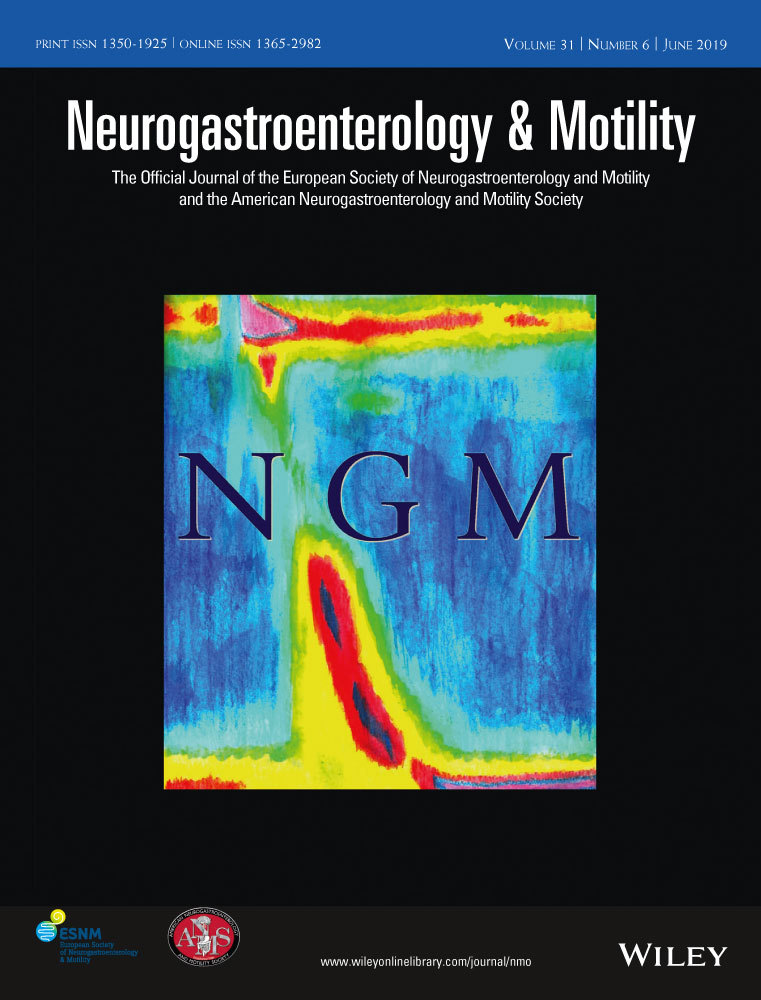 “We aimed to examine, for the first time, the effect of cannabidiol (CBD) and palmitoylethanolamide (PEA) on the permeability of the human gastrointestinal tract in vitro, ex vivo, and in vivo.

In vitro, PEA, and CBD decreased the inflammation-induced flux of dextrans (P < 0.0001), sensitive to PPARα and CB1 antagonism, respectively. Both PEA and CBD were prevented by PKA, MEK/ERK, and adenylyl cyclase inhibition (P < 0.001). In human mucosa, inflammation decreased claudin-5 mRNA, which was prevented by CBD (P < 0.05). Palmitoylethanolamide and cannabidiol prevented an inflammation-induced fall in TRPV1 and increase in PPARα transcription (P < 0.0001). In vivo, aspirin caused an increase in the absorption of lactulose and mannitol, which were reduced by PEA or CBD (P < 0.001).

Cannabidiol and palmitoylethanolamide reduce permeability in the human colon. These findings have implications in disorders associated with increased gut permeability, such as inflammatory bowel disease.”

“Preclinical studies have demonstrated that the endocannabinoid system (ECS) plays an important role in the protection against intestinal inflammation and colorectal cancer (CRC); however, human data are scarce. We determined members of the ECS and related components of the ‘endocannabinoidome’ in patients with inflammatory bowel disease (IBD) and CRC, and compared them to control subjects. Anandamide (AEA) and oleoylethanolamide (OEA) were increased in plasma of ulcerative colitis (UC) and Crohn’s disease (CD) patients while 2-arachidonoylglycerol (2-AG) was elevated in patients with CD, but not UC. 2-AG, but not AEA, PEA and OEA, was elevated in CRC patients. Lysophosphatidylinositol (LPI) 18:0 showed higher levels in patients with IBD than in control subjects whereas LPI 20:4 was elevated in both CRC and IBD. Gene expression in intestinal mucosal biopsies revealed different profiles in CD and UC. CD, but not UC patients, showed increased gene expression for the 2-AG synthesizing enzyme diacylglycerol lipase alpha. Transcripts of CNR1 and GPR119 were predominantly decreased in CD. Our data show altered plasma levels of endocannabinoids and endocannabinoid-like lipids in IBD and CRC and distinct transcript profiles in UC and CD. We also report alterations for less known components in intestinal inflammation, such as GPR119, OEA and LPI.” 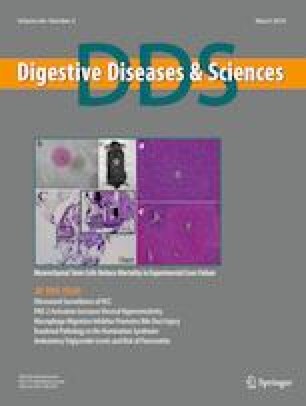 “Crohn’s disease is an idiopathic inflammatory process that is occasionally associated with complications, which cause significant morbidity and mortality. The anti-inflammatory effect of cannabis in intestinal inflammation has been shown in several experimental models; it is unknown whether this correlates with fewer complications in Crohn’s disease patients.

We used data from the Healthcare Cost and Utilization Project-National Inpatient Sample. Cannabis users (615) were compared directly after propensity score match to non-users, in aspects of various complications and clinical end-points.

Cannabis use may mitigate several of the well-described complications of Crohn’s disease among hospital inpatients. These effects could possibly be through the effect of cannabis in the endocannabinoid system.”

“The aim of the study was to describe use of oral or sublingual cannabis oil (CO) by adolescent and young adult patients with inflammatory bowel disease (IBD).

A descriptive study of IBD patients 13 to 23 years of age seen between January 2015 through December 2017 at Children’s Hospital Colorado. Information obtained included chart abstraction, electronic and interview self-report, and serum cannabinoid levels. We compared CO users and cannabis non-users for clinical characteristics and perceptions of risk. Users of CO provided information on routes, patterns, motivations, and perceived benefits and problems with use.

The 15 users and 67 non-users were similar for clinical characteristics and pain and appetite scores. 9 of 15 (60%) CO users had used in the past 30 days, an average of 22 ± 9 times; and 4 used daily. A variety of strengths and CBD:THC ratios were reported. Most common perceived effect of use was on sleep quality, nausea, and increase in appetite. Of the 15 users, 6 used only CO and no additional forms of cannabis. Of these 6 CO only users, 5 reported a medical reason for use, most commonly to relieve pain.

Adolescent and young adults with IBD used oral CO and many used other cannabis products as well. Users perceived some medical benefit. Care teams should strive for open communication about use until further information on safety and efficacy becomes available.”